Crown Prince Fumihito, the younger brother of Emperor Naruhito, said that he made the "judgement call" to forgo traditional ceremonies for the wedding of his eldest daughter Mako Komuro due to public unease over a money dispute involving her husband's family.

The crown prince told a press conference in Tokyo ahead of his 56th birthday on Tuesday that as a result "it gave the impression that the events and ceremonies of the imperial family are extremely trivial." 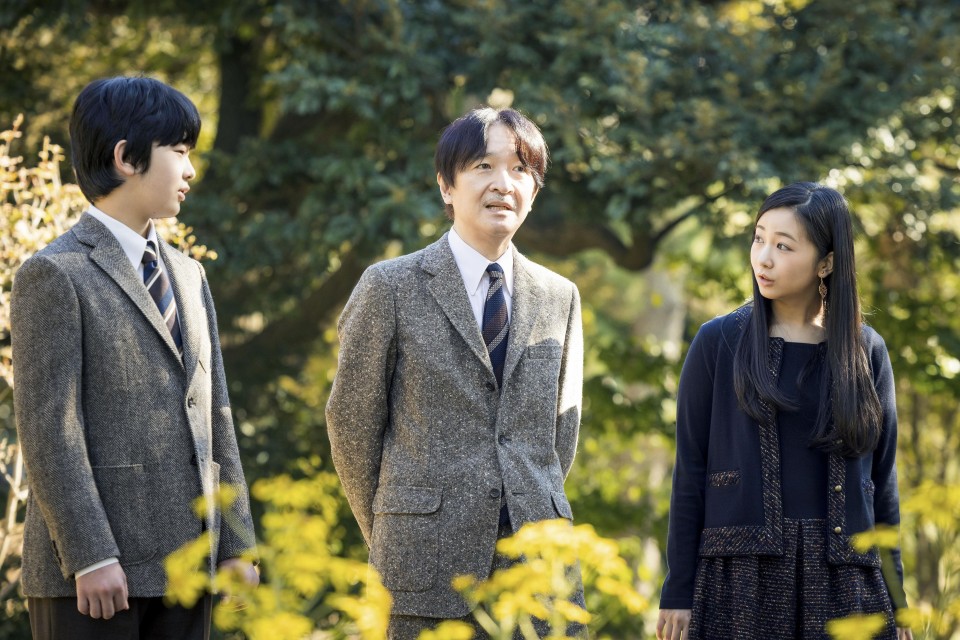 Supplied photo shows Crown Prince Fumihito (C) taking a stroll in the Akasaka Estate in Tokyo on Nov. 12, 2021, together with his son Prince Hisahito (L) and his second daughter Princess Kako. (Photo courtesy of the Imperial Household Agency)(No trimming allowed)(Kyodo)

On Oct. 26, his elder daughter married her commoner boyfriend Kei Komuro, the union coming more than four years after their relationship was made public, but traditional ceremonies associated with a royal marriage such as "Nosai no Gi" were not held.

The former princess also declined a lump-sum payment of up to around 150 million yen ($1.3 million) drawn from the country's tax coffers that is traditionally given to female royal family members upon their departure from the imperial household. 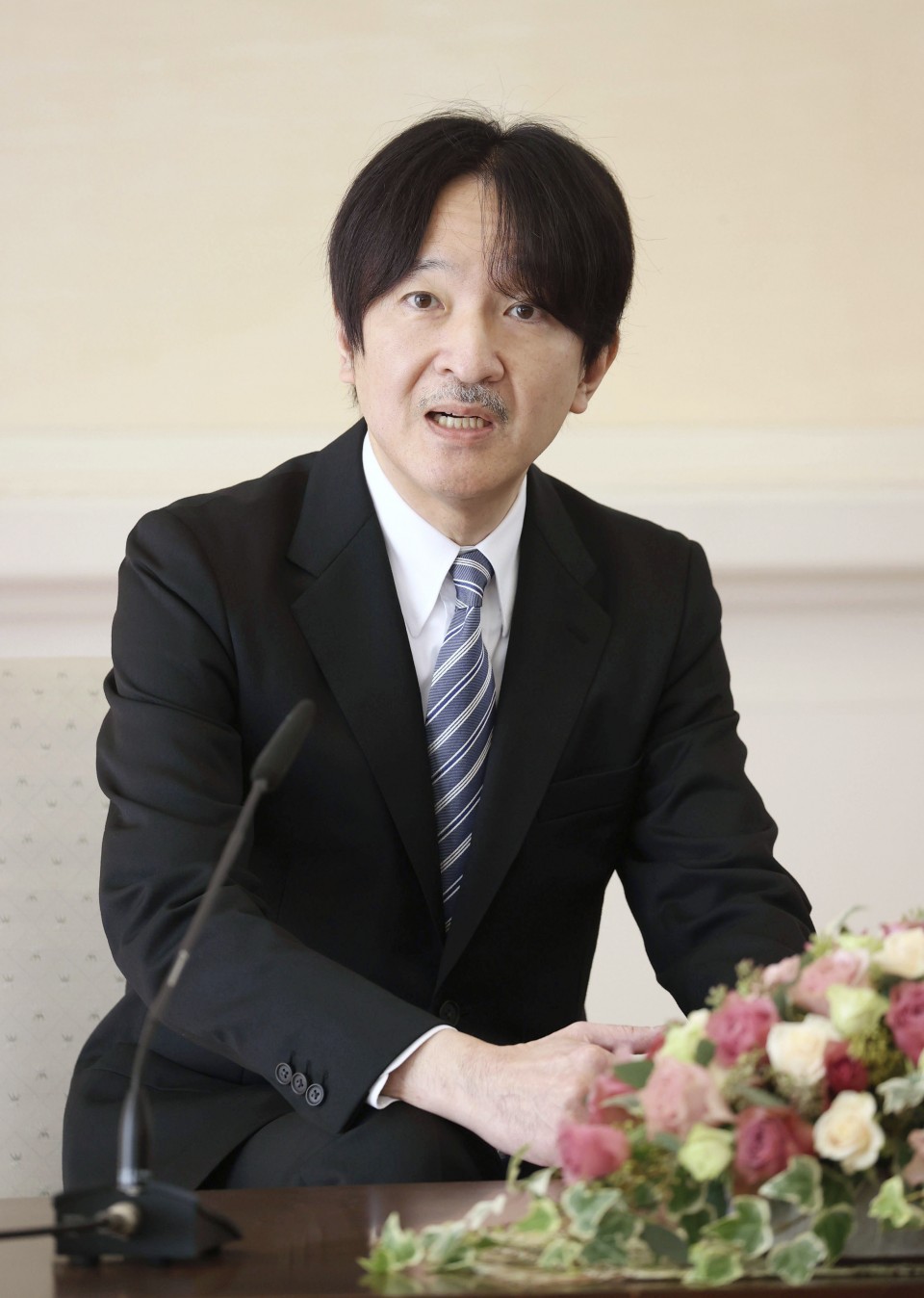 Under Japanese law, a female member of the imperial family abandons her royal status upon marrying a commoner.

The agency revealed prior to the wedding that the former princess had been diagnosed with complex post-traumatic stress disorder following a string of media reports about the financial dispute.

"Libel, whether in magazines or online, is unacceptable," the crown prince said regarding his daughter's mental health as he stressed the need to establish "criteria to refute" fake news.

Reflecting on his elder daughter's attitude as a member of the imperial family, the crown prince said she "always gave priority to official duties."

He revealed that he sent her off on her wedding day with best wishes for her new life in the United States, as the couple had decided "it was the best thing for them."

The newlyweds were initially scheduled to hold a press conference at a Tokyo hotel on the afternoon of their wedding, but they opted to only give opening remarks and to distribute written answers to five selected questions submitted in advance by the media.

"Up until the last minute Mako had wanted the press conference to be a two-way one but it was difficult due to her complex PTSD," the crown prince said, adding that it would have been better if Komuro had the "opportunity to speak and answer questions directly" regarding the financial troubles of his family.

Asked about the activities of the imperial household amid the coronavirus pandemic, the crown prince pointed out the limitations of virtual events and said, "I would like to go out and interact with people as much as possible."