Former Australia star Tim Cahill is expecting game-changing scenes both inside and outside Qatar's venues, where he pictures the Socceroos and Japan's Samurai Blue once more striding onto the biggest stage at football's 2022 World Cup, which kicks off one year from Sunday.

Now retired and a 2022 World Cup global ambassador, the 41-year-old former Everton marksman relived memories of Australia's past battles with Japan, while hailing the efforts of Japan's latest wave of exports to Europe as an indicator of growth in Asia. 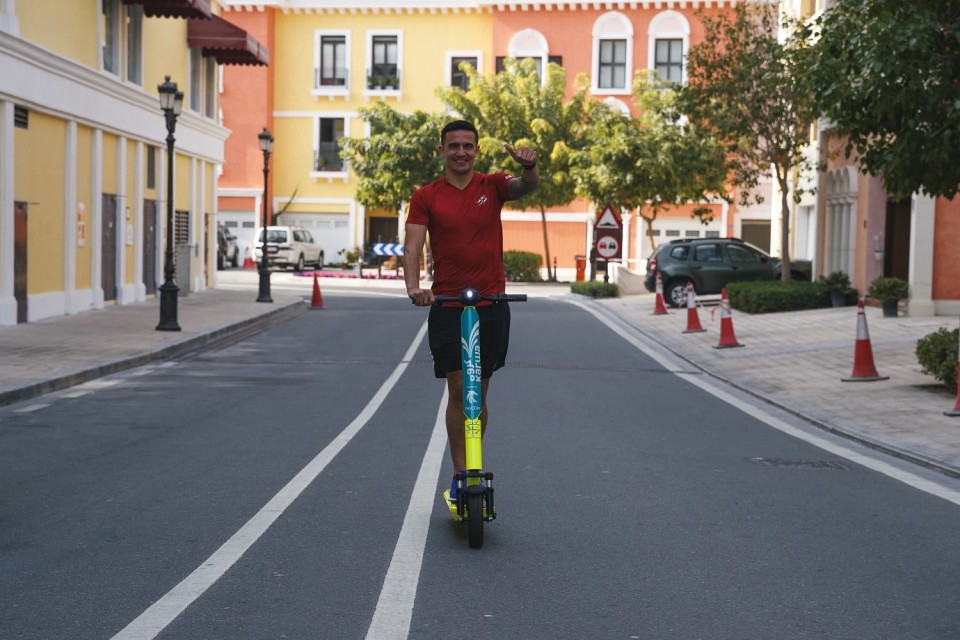 2022 World Cup global ambassador Tim Cahill at The Pearl-Qatar in April 2021. (photo courtesy of The Supreme Committee for Delivery & Legacy)(Kyodo)

Cahill hit a brace in Australia's late 3-1 comeback win over Japan in their 2006 World Cup opener, which heralded the beginning of a football rivalry between the two nations.

They have advanced to the last three World Cup finals from the same Asian qualifying group, but whether that continues this time around hinges on each team's four games next year.

After six Group B games, Japan sit four points behind leaders Saudi Arabia and Australia five points behind. The top two teams qualify automatically with the third-place side needing to advance through a pair of playoffs.

"If Australia or Japan don't qualify for the World Cup, it's a massive failure because they've had the monopoly for so many years," Cahill told Kyodo News recently. "The (top) three spots now -- Saudi, Australia, Japan -- any sort of slip-ups mean that one of those three have to go in the playoffs." 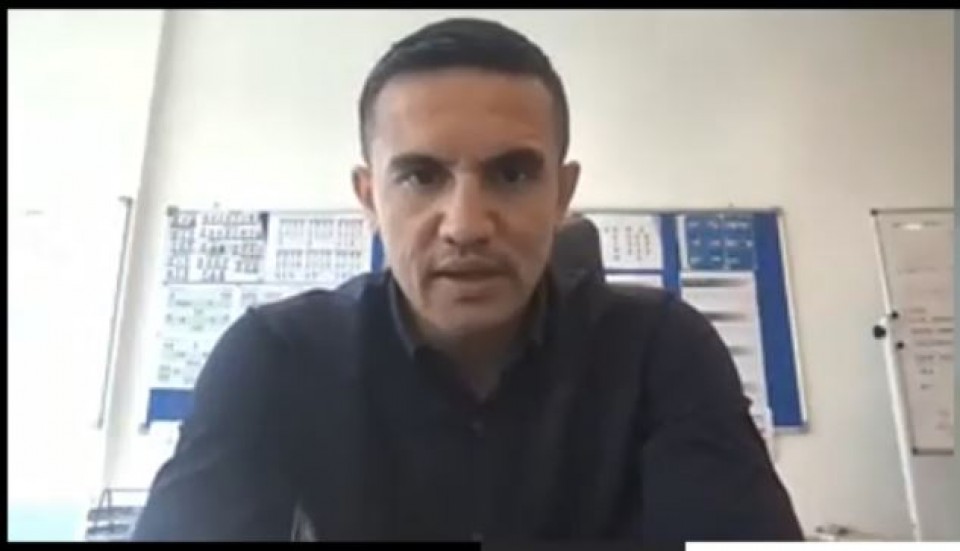 "I'm excited, it's not as easy as what it was. Even for me in my last two campaigns, qualifying for the World Cup was the hardest. I think people don't realize how well the other nations have caught up, including Qatar, Saudi Arabia."

While Japan beat Australia 2-1 at home in October in their latest encounter, Cahill had a smile on his face when he heard about Australian fans at Saitama Stadium displaying a banner that read "Take us back to Kaiserslautern" in reference to the venue of their famous win in Germany 15 years ago.

"My nickname is 'the Samurai Killer,' and that is a massive compliment."

While his name and the Socceroos' physical approach to the game will forever produce traumatic images in the minds of Japan's football fans, Cahill believes the change in his homeland's brand of football in recent years will have a positive effect in the long run.

Japan had "players like (Hidetoshi) Nakata, (Keisuke) Honda and (Shinji) Kagawa who could do it consistently" not just against other Asian teams but sides from outside the region, he said.

Australia, too, are seeking to test European and South American nations, and with an approach that does not just rely on their physicality, he added. 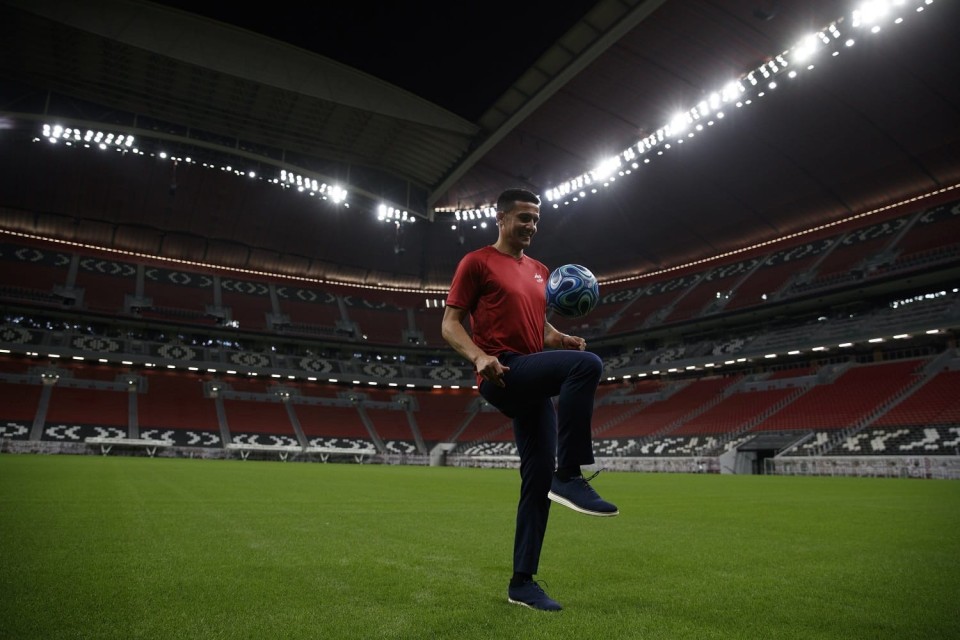 "I think under an era with Ange Postecoglou, we found out literally what football is all about...I remember we lost in Japan (2-0 in 2017) but we had more possession, we dominated the game, and we were happy losing. The metric was we understood now how to outplay Japan technically, not physically."

Change and growth is a dominant theme for Cahill, who sees Qatar and Japan embracing change and putting Asian football in its best possible light.

He said that "probably my biggest relationship with Qatar" was in 2011, when he came to rehabilitate from injury. "I love the state-of-the-art facilities, getting the maximum out of my body...Qatar was a country that I admired the setup," said the player, who did not hang up his boots until he was 39.

In Qatar, football's biggest show breaks from tradition with its mid-season staging and the use of air-conditioned stadiums. Cahill believes Qatar, who have never made the finals before, merit their place as hosts of the final World Cup in the 32-team format.

"They've won the Asian Cup on the world stage (in 2019), they've earned their stripes, they're investing into grassroots, the economy of their country and all the things that a World Cup needs. I think it's going to be sensational," he said.

"You look at the population of Japan, Australia, Qatar, it's near enough impossible to win an Asian Cup with this population of 300,000 Qataris."

Seven of the eight venues will be air-conditioned and Cahill is sure the venues' close proximity -- all within 70 miles -- will further lift the tournament's mood.

Discussing Khalifa International Stadium, which hosted the 2011 Asian Cup final, he said it has been "refurbished up to a whole different level" although he does not know if it is "my favorite because we lost the final to you guys (Japan)," he joked. 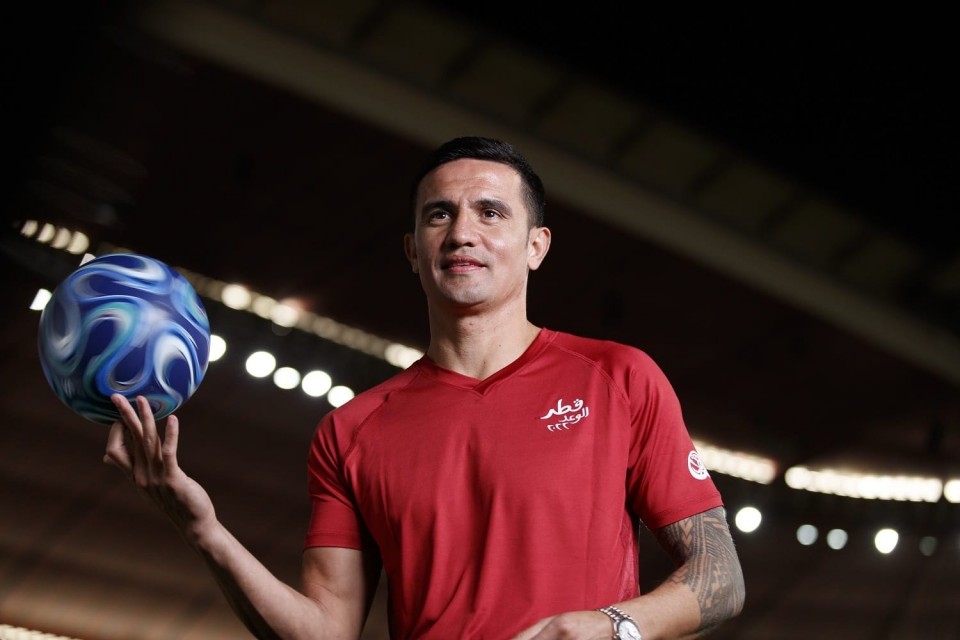 The design of the Al Thumama stadium, he noted, reflects the "gahfiya" woven cap worn across the Middle East and is "really culturally a symbol."

While expecting Qatar to raise the bar for future World Cup hosts, Cahill sees the next wave of Japanese exports doing the same on the pitch for the whole of Asian football.

The former Toffees star had special words for 26-year-old Takumi Minamino, the attacker playing for English Premier League giants Liverpool in the "red half" of his former home in Merseyside.

"Minamino is an icon for Japan. He's an icon. People won't realize till he eventually leaves the club what he's actually done for his country. He's playing for one of the biggest clubs in the world," Cahill said.

The Japanese contingent in Britain is starting to grow with fellow attacker Kyogo Furuhashi getting off to an electric start at Celtic in the Scottish Premiership, and Cahill said he takes pride in Japanese players breaking new ground.

"(Takehiro) Tomiyasu is at Arsenal where my good friend Mikel Arteta is (the manager). He is playing week in week out, which is great," Cahill said.

"I look at Minamino as an icon for Japanese football purely because he's keeping us on the map. I look at things differently through different eyes as a player, and he's an Asian player that represents our region. Whether it's Liverpool or Everton, it doesn't matter. He's Asian and he represents us."

"Hopefully he can add that bit of flair Japan need to make the difference to qualify for a World Cup."