Japan winger Kaoru Mitoma scored his fourth goal of the season on Friday during Royale Union Saint Gilloise's 3-1 defeat to Leuven in the Belgian top flight, while Hiroki Ito scored his first for Stuttgart in Germany.

Mitoma, who had an assist on his Japan senior-team debut in a World Cup qualifier against Oman on Nov. 16, came off the bench at halftime with the home team 2-0 down and scored five minutes later as he volleyed home a cross from the left. 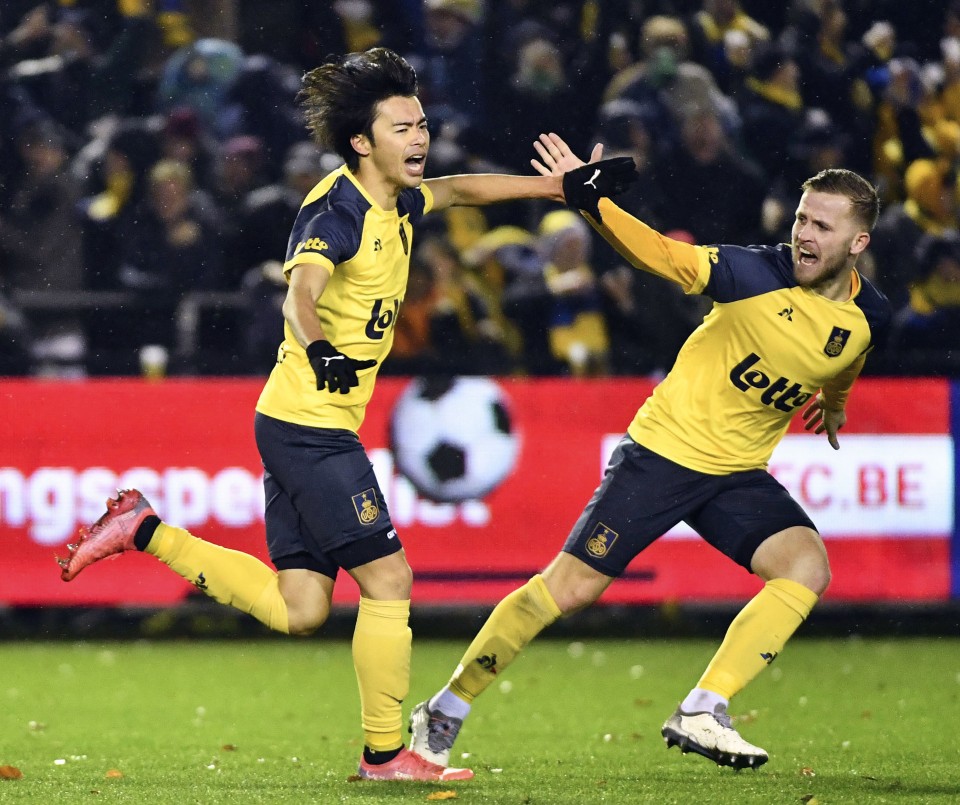 Kaoru Mitoma (L) of Royale Union Saint Gilloise celebrates after scoring a goal in a Belgian top-flight match against Leuven in Brussels on Nov. 26, 2021. (Kyodo)

But Saint Gilloise conceded another later in the second half as the promoted side saw their six-game winning run come to an end. They still lead the table by seven points, nonetheless, having played a game more ahead of other weekend fixtures.

Mitoma is on a season-long loan from Brighton after the 24-year-old joined the English Premier League side from J-League champions Kawasaki Frontale over the summer.

In the German Bundesliga, defender Ito scored his first goal for Stuttgart as he opened the scoring during their 2-1 home win over Mainz.

Ito, on loan for the season from J2 side Jubilo Iwata, curled his effort in from inside the box and off the far post despite using his weaker right foot following a layoff from Orel Mangala in the 21st minute.

The 22-year-old played the entire game alongside Japan midfielder Wataru Endo as Stuttgart secured their third league win of the season in 13 matches.