Former Prime Minister Shinzo Abe on Thursday became head of the largest faction within Japan's ruling Liberal Democratic Party upon his return to the intraparty bloc following a nine-year absence.

Abe was officially named successor to Hiroyuki Hosoda, a former chief Cabinet secretary, by faction members during a meeting Thursday, a day after Hosoda was elected speaker of the House of Representatives.

In 2012, Abe left the faction, then led by the late former Chief Cabinet Secretary Nobutaka Machimura, before his second stint as prime minister, and had not joined an intraparty bloc even after stepping down from the post in September last year. 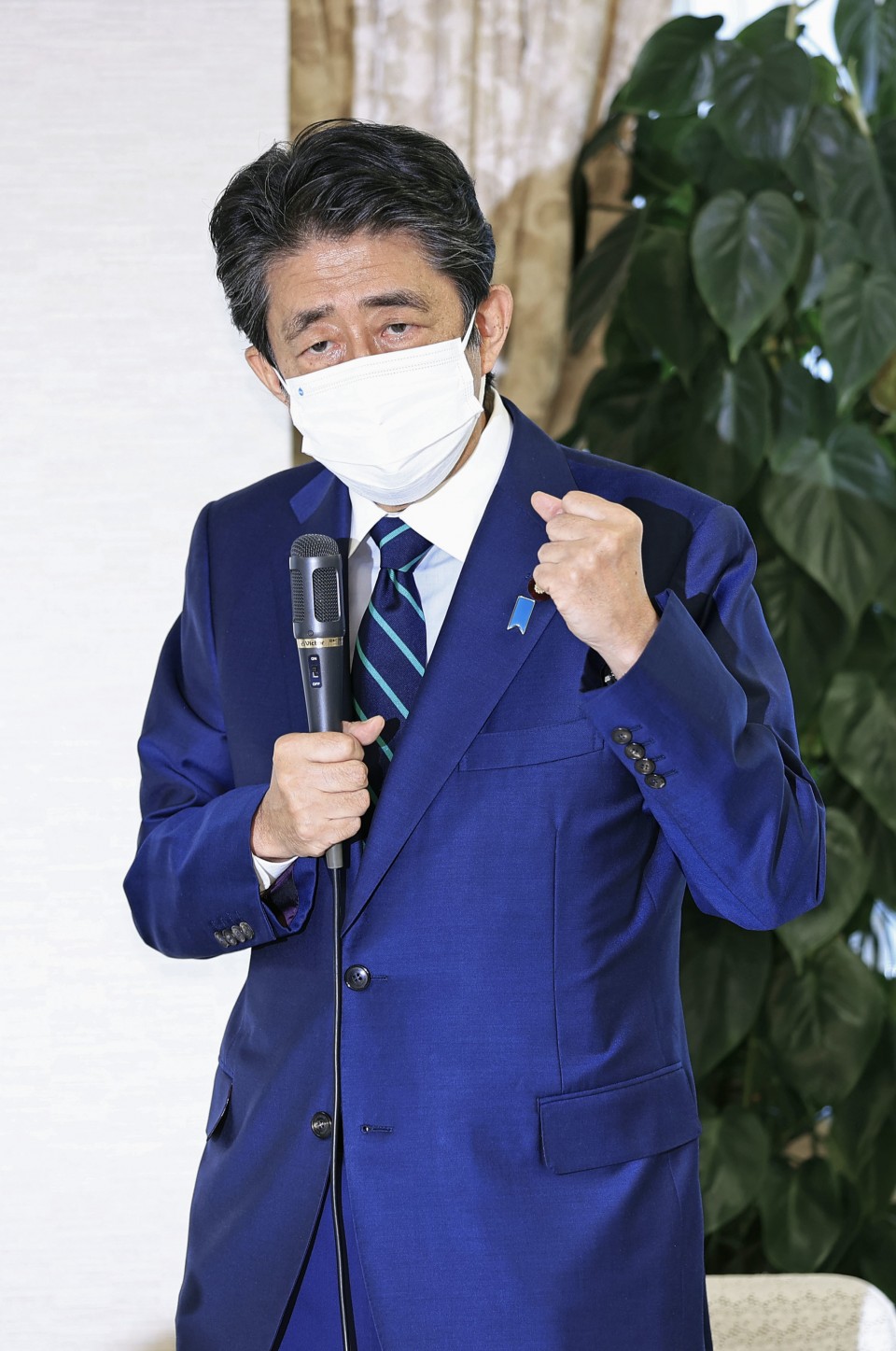 Former Prime Minister Shinzo Abe speaks at a meeting of the largest faction of Japan's ruling Liberal Democratic Party at the party's headquarters in Tokyo on Nov. 11, 2021. (Kyodo)

"I would like to dedicate my best effort, together with all of you, in order to pass on to the next generation a Japan that we can be proud of," said Abe, who was Japan's longest-serving prime minister.

The faction, founded in 1979 by the late former Prime Minister Takeo Fukuda, has about 90 lawmakers and has produced four premiers -- Yoshiro Mori, Junichiro Koizumi, Abe and Yasuo Fukuda -- since 2000.

Hosoda resigned as faction leader on Tuesday and called for Abe to succeed him. At a faction meeting, all of the around 20 lawmakers attending supported the proposal and Abe accepted the request on Wednesday.

Factions have played a major role in Japanese politics, including deciding who becomes LDP president, a role that usually brings with it the office of prime minister, given the party has generally controlled the powerful lower house of parliament.

Meanwhile, Nobuteru Ishihara, a former LDP secretary general who has served in several ministerial posts, announced his resignation as leader of the smallest intraparty faction after he failed to win a seat in the lower house election on Oct. 31.

The faction, now consisting of seven incumbent lawmakers, will seek a successor to Ishihara, who lost in his constituency in Tokyo and failed to secure a parliamentary seat through the proportional representation section.