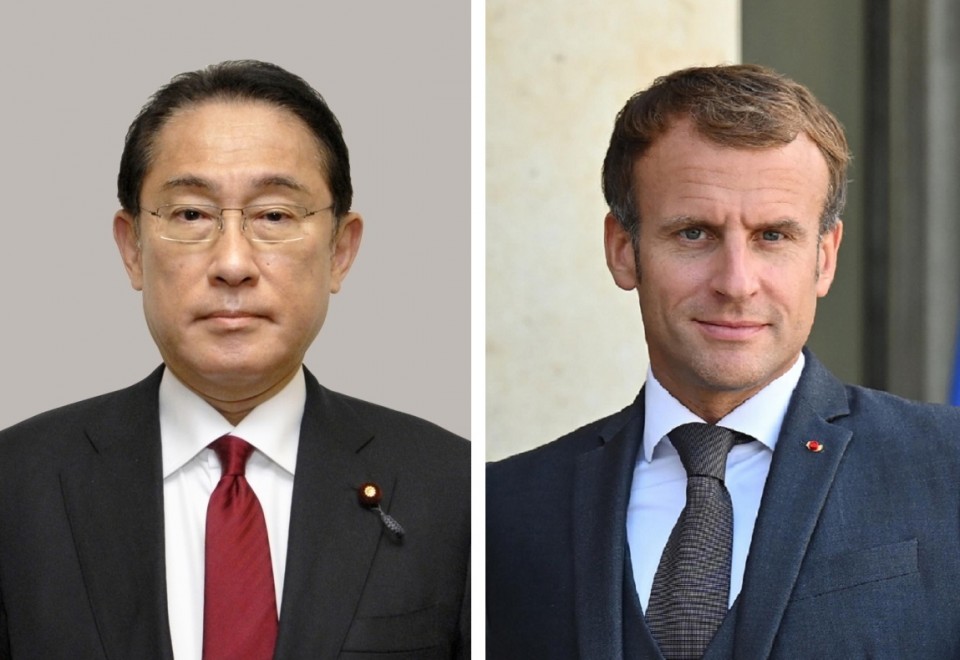 During the roughly 40-minute phone talks, the leaders welcomed recent cooperation between their countries, including France's Jeanne d'Arc training fleet visiting Japan for joint exercises in May, according to Japan's Foreign Ministry.

Kishida called France a "special partner" of Japan and praised its leadership in the European Union, drawing up a strategic outline of its involvement in the Indo-Pacific region.

Macron congratulated Kishida on his Oct. 4 inauguration and welcomed Japan's additional pledges to help the world come closer to zero carbon emissions at a U.N. summit on climate change earlier this month, according to the ministry.

The two also discussed global issues, including COVID-19 and developments on the African continent, as well as regional matters, such as China and North Korea, the ministry said, affirming cooperation on securing the return of Japanese nationals abducted by the North in the 1970s and 1980s.

Japan, France to hold 2-plus-2 security talks this year