Former U.S. Ambassador to Japan Caroline Kennedy, the daughter of former U.S. President John F. Kennedy, is one of 124 foreigners recognized in this year's fall decorations for enhancing friendship with Japan, the Japanese government said Wednesday.

Kennedy, 63, who served as U.S. envoy from 2013 to 2017, will be bestowed with the Grand Cordon of the Order of the Rising Sun, the highest honor to be conferred in the fall commendations. 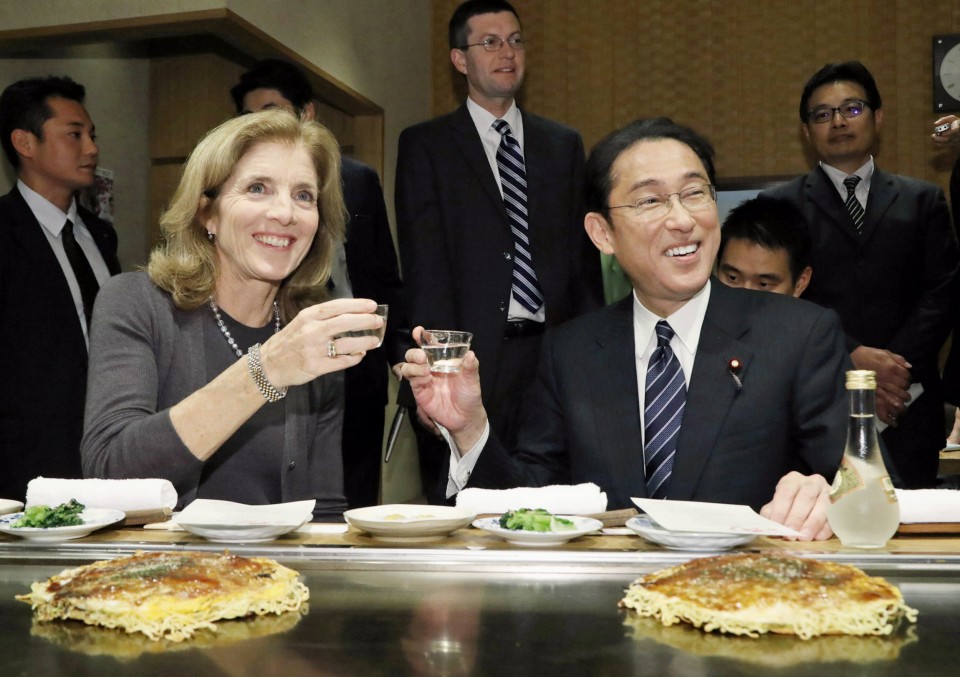 "Most of all, I will always treasure the warm welcome I received from the Japanese people, their friendship and willingness to teach me about their beautiful country, its dazzling culture, and ancient traditions," Kennedy said in a statement.

She also said she will "forever be grateful for the privilege of serving as the United States Ambassador, and for the chance to strengthen relations between two close allies who share a fundamental commitment to democracy, human rights, and the rule of law."

Kennedy is also an attorney and the editor of 11 best-selling books on constitutional law, American history, politics and poetry, according to the John F. Kennedy Presidential Library and Museum.

Among the 124 recipients, hailing from 53 countries and regions, 22 are women.

Four other foreigners besides Kennedy will be granted the highest honor, including the former head of Taiwan's legislature Wang Jin-pyng, 80, who headed the island's delegation to Japan following the 2011 quake-tsunami disaster.

British-born Australian singer and actress Olivia Newton-John, 73, will receive the Order of the Rising Sun, Gold Rays with Rosette.

Katsuyo Aikawa, an 81-year-old professor emeritus at Nagasaki University, is one of 401 female honorees, or 9.9 percent of the total Japanese awardees. She will receive the Order of the Sacred Treasure, Gold Rays with Neck Ribbon.

Actor Isao Hashizume, 80, script writer Shizuka Oishi, 70, and poet Takayuki Saigusa, 77, are among those set to receive the Order of the Rising Sun, Gold Rays with Rosette.

Hiroshi Matsumoto, a 78-year-old former president of Kyoto University, is the sole recipient of the Grand Cordon of the Order of the Sacred Treasure this fall.

Takao Kondo, a 73-year-old professor emeritus at Nagoya University known for his work on biological rhythm and circadian clocks, will be honored with the Order of the Sacred Treasure, Gold and Silver Star, in the field of academic research.

This year's conferment ceremony for spring decorations, postponed due to the coronavirus pandemic, will also be conducted on Tuesday.