Akira Amari, No. 2 of Japan's ruling Liberal Democratic Party, intends to resign from his post after about a month following his projected loss in his single-seat constituency in Sunday's general election, people close to him said.

The LDP secretary general conveyed his intention to other party executives following media projections that he had lost in his House of Representatives constituency, the sources said early Monday. 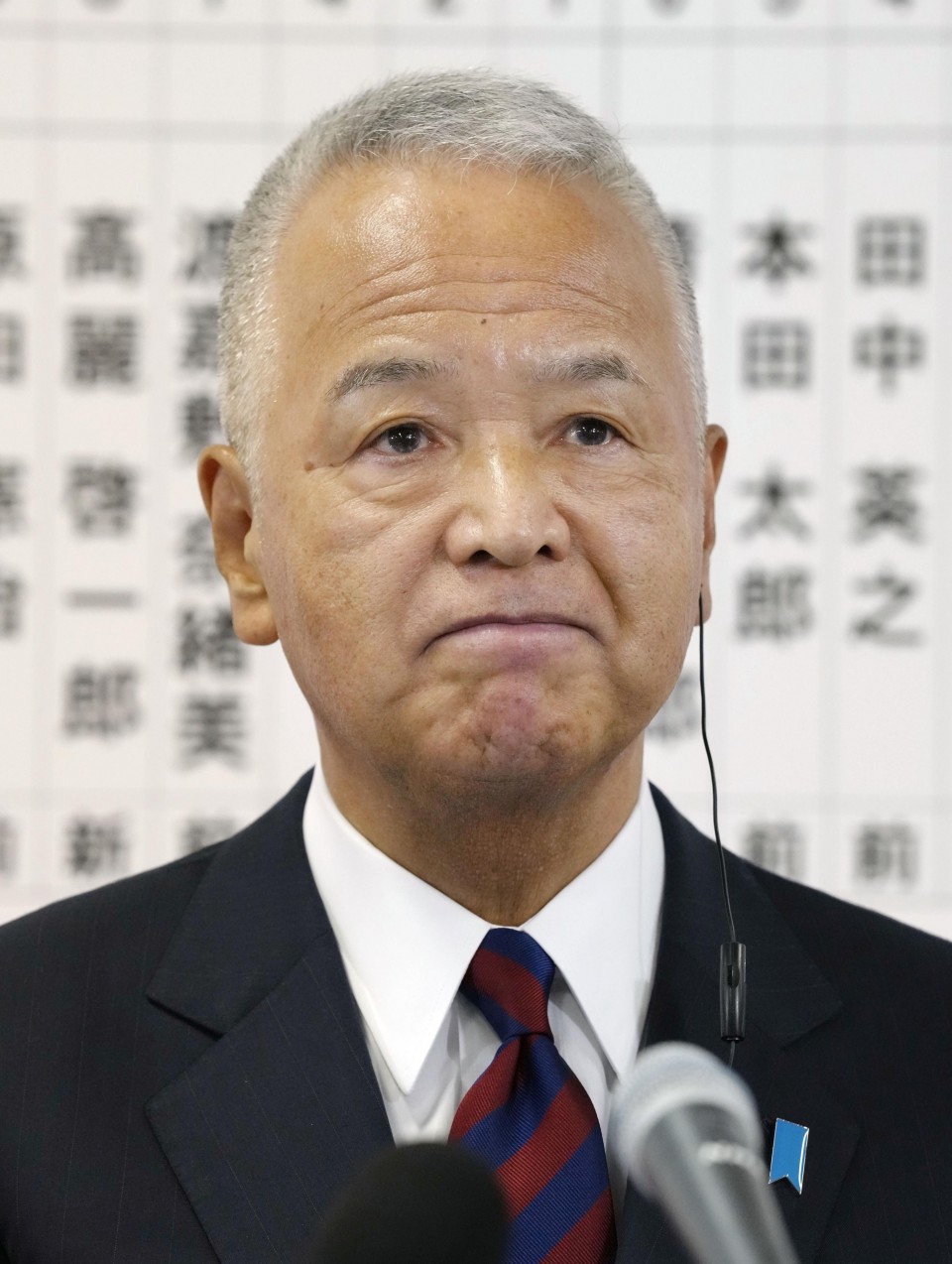 Akira Amari, secretary general of the ruling Liberal Democratic Party, gives a TV interview at the party's headquarters in Tokyo on Oct. 31, 2021, after the results of the day's House of Representatives election start to come in. (Kyodo) ==Kyodo

Despite losing in his district in Kanagawa Prefecture, near Tokyo, Amari is still expected to secure a parliamentary seat through the proportional representation section.

Amari is projected to have lost to Hideshi Futori, a candidate of the main opposition Constitutional Democratic Party of Japan.

Amari, who was named secretary general last month by Prime Minister Fumio Kishida, told reporters earlier Sunday that he would consult with the premier about whether to remain in his post, saying, "The secretary general is the person responsible for elections."

In a TV interview on Sunday, Kishida said, "It is something to think about after a result comes in and I discuss it with him."

Amari, a 72-year-old heavyweight who had served his 12th term as a lower house lawmaker when Kishida dissolved the chamber on Oct. 14, stepped down as economy minister in January 2016 over graft allegations against him and his secretaries. He returned to key party positions in recent years.

The ruling coalition of the LDP and its junior partner Komeito is projected to secure a majority in the lower house, but it saw several other veteran candidates lose in their single-seat districts as opposition parties coordinated their candidates to counter them.

Nobuteru Ishihara, a former LDP secretary general who has served in several ministerial posts, lost to CDPJ candidate Harumi Yoshida in his constituency in Tokyo.

Ishihara, the eldest son of outspoken former Tokyo Gov. Shintaro Ishihara, heads a faction of the LDP and served as environment minister and minister in charge of economic revitalization, among other posts.

Meanwhile, Amari's predecessor Toshihiro Nikai, 82, who had served more than five years as LDP secretary general and was the oldest candidate in the election, secured his 13th term through the single-seat district ballot in Wakayama Prefecture, western Japan.