Japan's ruling Liberal Democratic Party and its coalition partner agreed Tuesday on a measure to distribute cash and vouchers each worth 50,000 yen ($443) to people aged 18 and younger to address the economic fallout from the coronavirus pandemic.

LDP Secretary General Toshimitsu Motegi and his Komeito counterpart Keiichi Ishii agreed to quickly hand out the cash and then provide the vouchers toward spring, but Motegi's proposal to exclude higher income households remains up in the air. 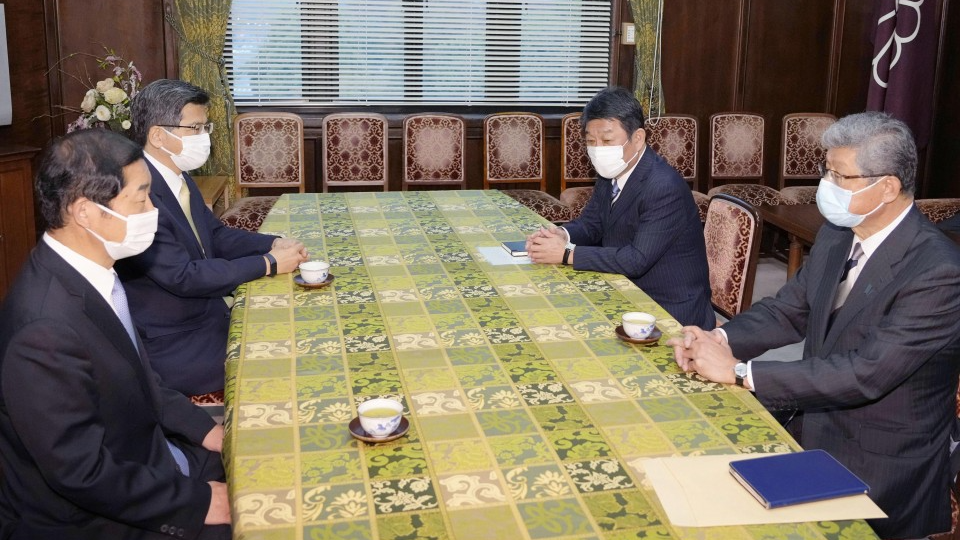 The benefit program is a part of an economic package promised by Prime Minister Fumio Kishida. The Japanese leader is seeking to advance his policy agenda in the wake of the LDP maintaining its lower house majority in the general election on Oct 31.

Kishida said at a meeting Tuesday of LDP executives that he wants to "speed up arrangements with Komeito on the economic package and compile it on Nov. 19," while adding he wants to draw up the required supplementary budget for fiscal 2021 within this month.

Kishida, who also heads the LDP, said he will present the overall picture of his government's coronavirus response on Friday.

Komeito has called for cash handouts or other forms of benefits worth 100,000 yen per person to be distributed to everyone aged 18 and below, as it vowed to do during campaigning for the House of Representatives election.

In contrast, the government and the LDP sought to exclude higher-income households, fearing criticism that it is splashing cash in the run-up to the House of Councillors election next year.

Motegi proposed setting a means test in which households with an annual income of 9.6 million yen or above would miss out.

Before meeting Ishii, Motegi told a press conference Komeito's proposal for cash handouts for everyone aged 18 and younger "is one way of thinking, but it is important to provide stronger support to temporary workers, women and childrearing generations as well as students."

Komeito leader Natsuo Yamaguchi separately told a press conference that his party hopes to agree on points they accept to start and then eventually reach a consensus for the overall package.

Motegi and Ishii started negotiations on Monday and agreed on swiftly providing benefits but both suggested there are still details that need to be ironed out.

Ishii said Monday it is desirable to give cash handouts without setting further conditions, but added his party is not adamant about giving them all in the form of cash.