FEATURE: Teen hooper taking the hard road from Japan to the top

Rui Hachimura and Yuta Watanabe have proven there is a path from Japan to the basketball mountaintop that is the NBA, giving hope to up-and-coming players, like Chikara Tanaka, aiming to scale similar heights.

The 19-year-old's journey -- from Japan to Florida, back to Japan, then to Hawaii, Utah and now California -- has had more twists and turns than he would like, but if nothing else, it has prepared him for the cutthroat world of pro hoops. 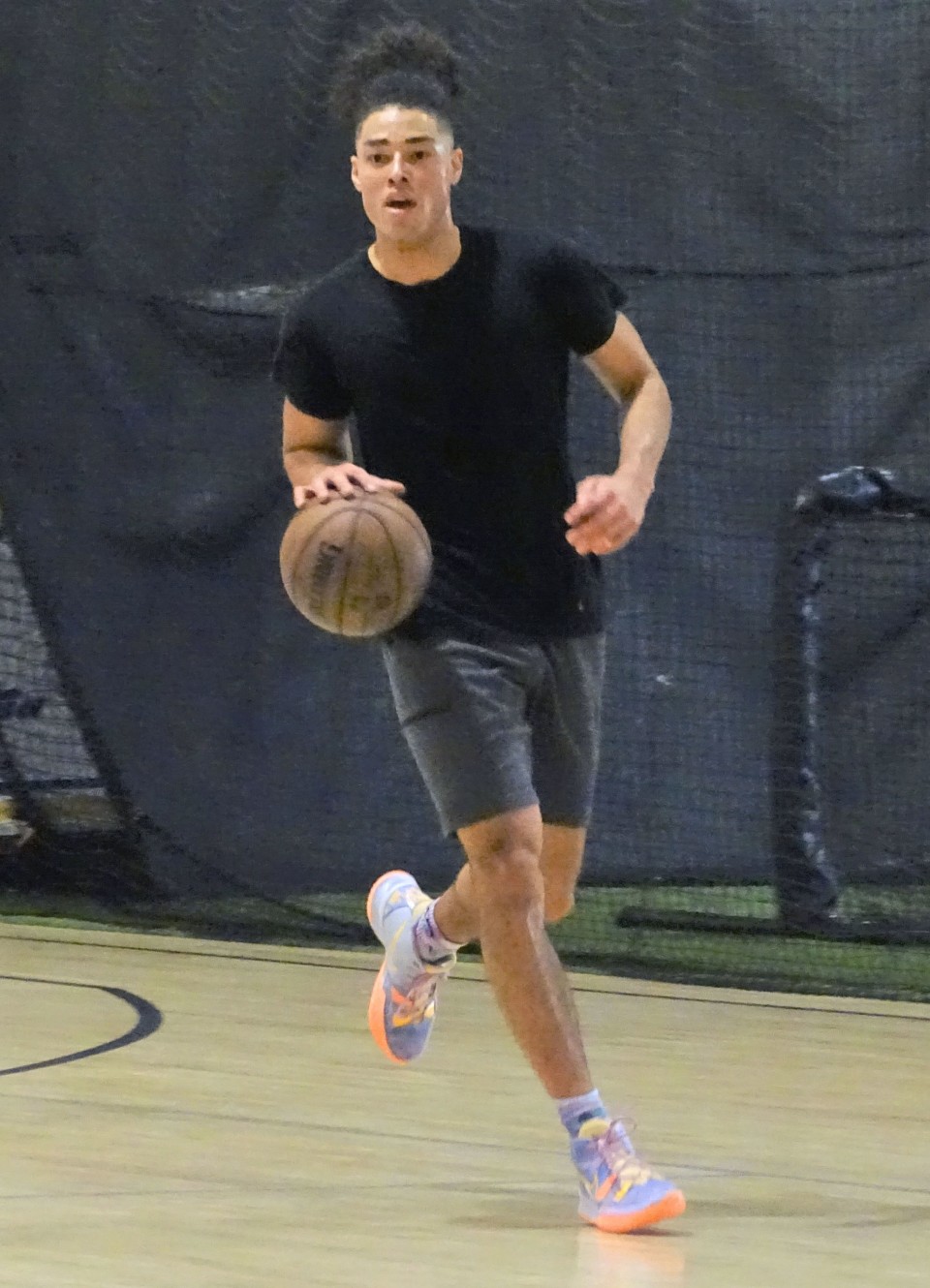 Up-and-comer Chikara Tanaka dribbles the ball during training at a court in Santa Fe Springs, California on Nov. 3, 2021. (Kyodo)

Last fall Tanaka received an offer from the Pac-12's Utah University Utes but lost his spot when the NCAA Division I Council approved an extension that granted all players an extra year due to the pandemic-altered season. The change allowed some seniors to stay with the team, taking away open roster spots.

The lost opportunity did not make the 6-foot-2 point guard lose focus, however.

"I can't wait to see my hard work pay off," he said in a recent interview with Kyodo News.

Tanaka, whose mother is Japanese and father American, has traveled the world to hoop. He played for the Yokohama B-Corsairs U-15 team in his final year of junior high school, when he became the youngest-ever player short-listed for the Japan national team.

He spent 2018 through 2020 at IMG Academy in Florida, but endured some mental health issues off court. He transferred to Kahuku High School in Hawaii, but then his plans were thrown into chaos by the coronavirus pandemic.

When the season was suspended, he flew to Utah to attend the All-Academic Basketball camp, where he was recruited by the University of Utah.

Tanaka said he "cried with happiness" after deciding on Utah as his new destination.

But he was not even given a chance to show college coaches his skills when the NCAA moved the goal-posts and, at least temporarily, robbed him of the chance to achieve his goal of playing for an NCAA Division I school. 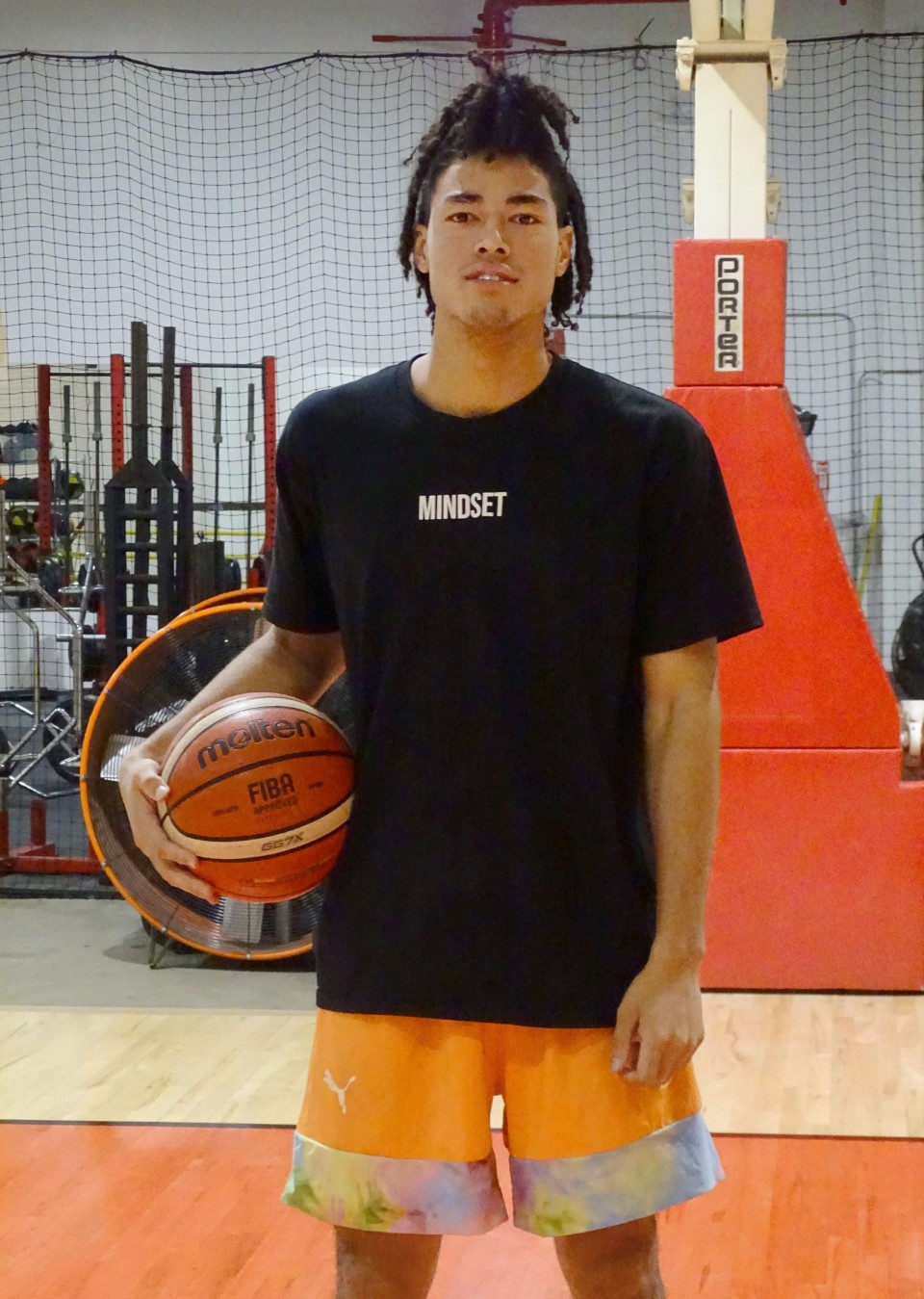 Chikara Tanaka, a high school basketball prospect who has taken his talents to Veritas Prep Academy, poses for a photo in Santa Fe Springs, California on Oct. 13, 2021. (Kyodo)

According to sports reference site Sport-Net, the ratio of high school basketball players who make it to the NCAA is 2.9 percent while the ratio of NCAA players who are drafted by NBA teams is 1.3 percent.

The odds might be against him but Tanaka carries on as if those stats do not apply to him. As he negotiates the myriad challenges that have come his way, he is learning important lessons that will help him in the future.

Now playing for a Southern California school, Veritas Prep Academy, Tanaka continues to build his game and strive for a place on the Japan national team. He is waiting to see where basketball takes him next.

"If I keep on doing what I'm here to do, my time will come," Tanaka said.