Few expected the Orix Buffaloes to climb far out of the Pacific League cellar this year, but relief pitcher Tyler Higgins said Tuesday that manager Satoshi Nakajima's leadership has allowed the team to demonstrate its potential, win the league and now be competing for Japan's pro baseball championship.

The Buffaloes, playing in their franchise's first Japan Series since 1996, split the first two games of the Japan Series against the Central League champion Yakult Swallows, and are looking to win the PL's ninth straight series title. 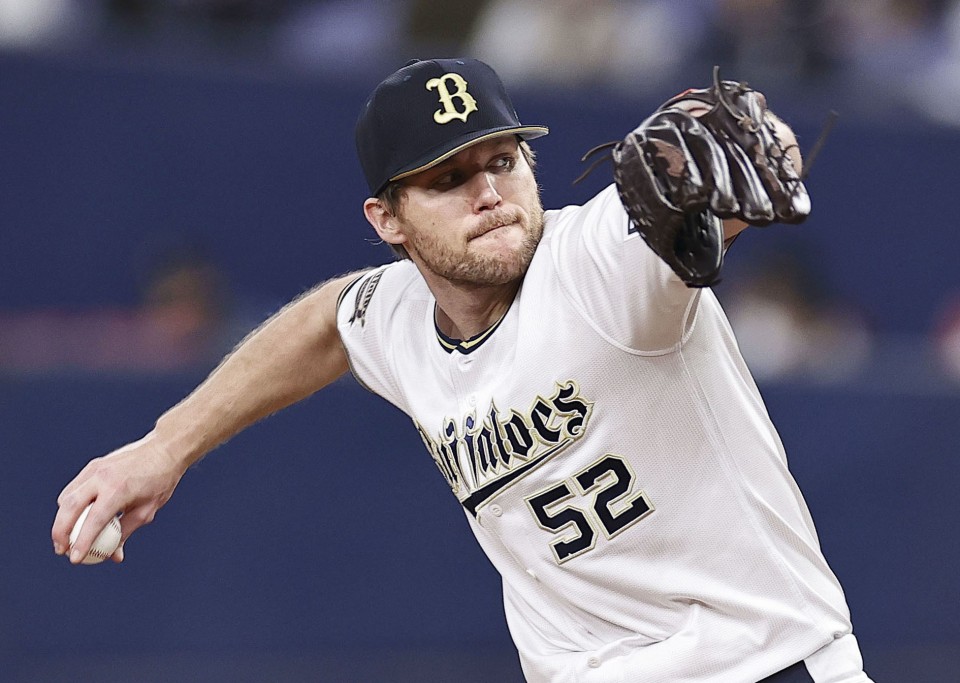 Higgins arrived in 2020 when, for the second straight season, the Buffaloes changed their manager during the season and finished last in the PL. Nakajima took over in August 2020, promoted from his role as Orix's Western League farm skipper to replace old-school manager Norifumi Nishimura.

Higgins, a 30-year-old right-hander who got as high as Triple-A in the United States before coming to Japan, said the 2020 managing change revealed a team that despite its poor record in recent years, had some quality ballplayers.

"Right after that there was a spurt where, for just under a month, we played really good baseball," Higgins told Kyodo News prior to the Buffaloes' 5-4 Game 3 loss. "It was right away. That showed we had a lot of talent on the team and there was the ability to play really good baseball. It was just things that needed to mesh together."

Because the Buffaloes' home games are indoors at Kyocera Dome Osaka, they had few makeup games, and finished their schedule on Oct. 25 and did not play again until starting the PL playoffs' final stage on Nov. 10 with a subsequent seven-day break before the Japan Series.

Through it all, Nakajima said he wanted his players to stay loose the way they did during the regular season, although the skipper admitted there were some nerves and some rust in Game 1. That night, on Saturday, Orix came from behind to win after CL home run leader Munetaka Murakami took Higgins deep for a tie-breaking two-run homer. 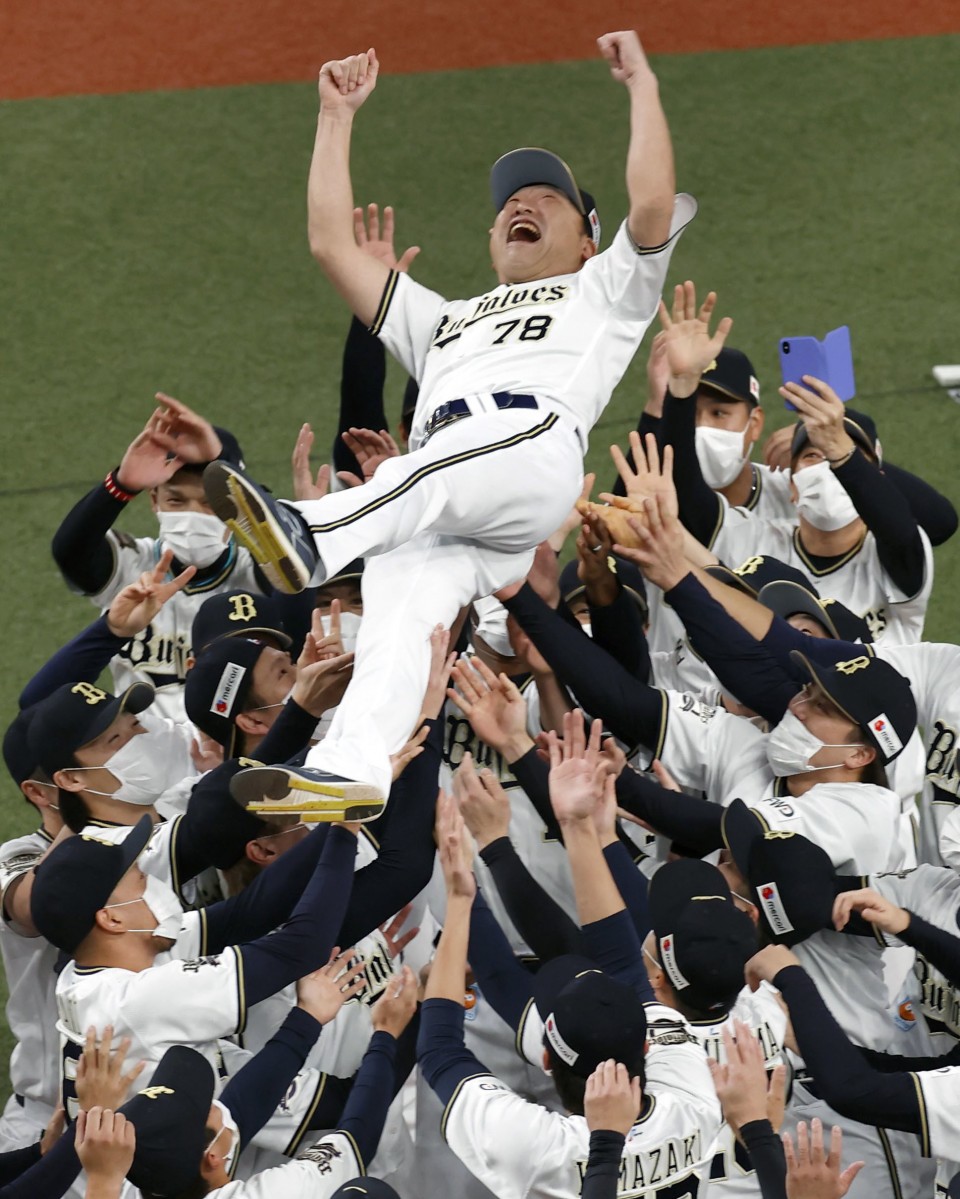 Orix Buffaloes manager Satoshi Nakajima is tossed in the air by players at Kyocera Dome Osaka on Oct. 27, 2021, in Osaka after the team clinched the Pacific League baseball title. (Kyodo) ==Kyodo

"It's difficult to jump back into it, at least for me," Higgins said. "It's the first time I've had to go through so many pauses in the season."

Higgins gave credit to the Swallows and Murakami, who hit 39 homers for the Swallows this season, but said the Buffaloes are poised and ready to battle.