Genk's Junya Ito scored a second straight goal in World Cup qualifying as Japan defeated Oman 1-0 on Tuesday at Muscat's Sultan Qaboos Stadium, to climb to second in the Asia Group B standings with 12 points.

Hajime Moriyasu's men are four points behind leaders Saudi Arabia. The top two finishers in the group will qualify automatically for the FIFA World Cup Qatar 2022 while the third-placed side will advance into a series of playoffs. 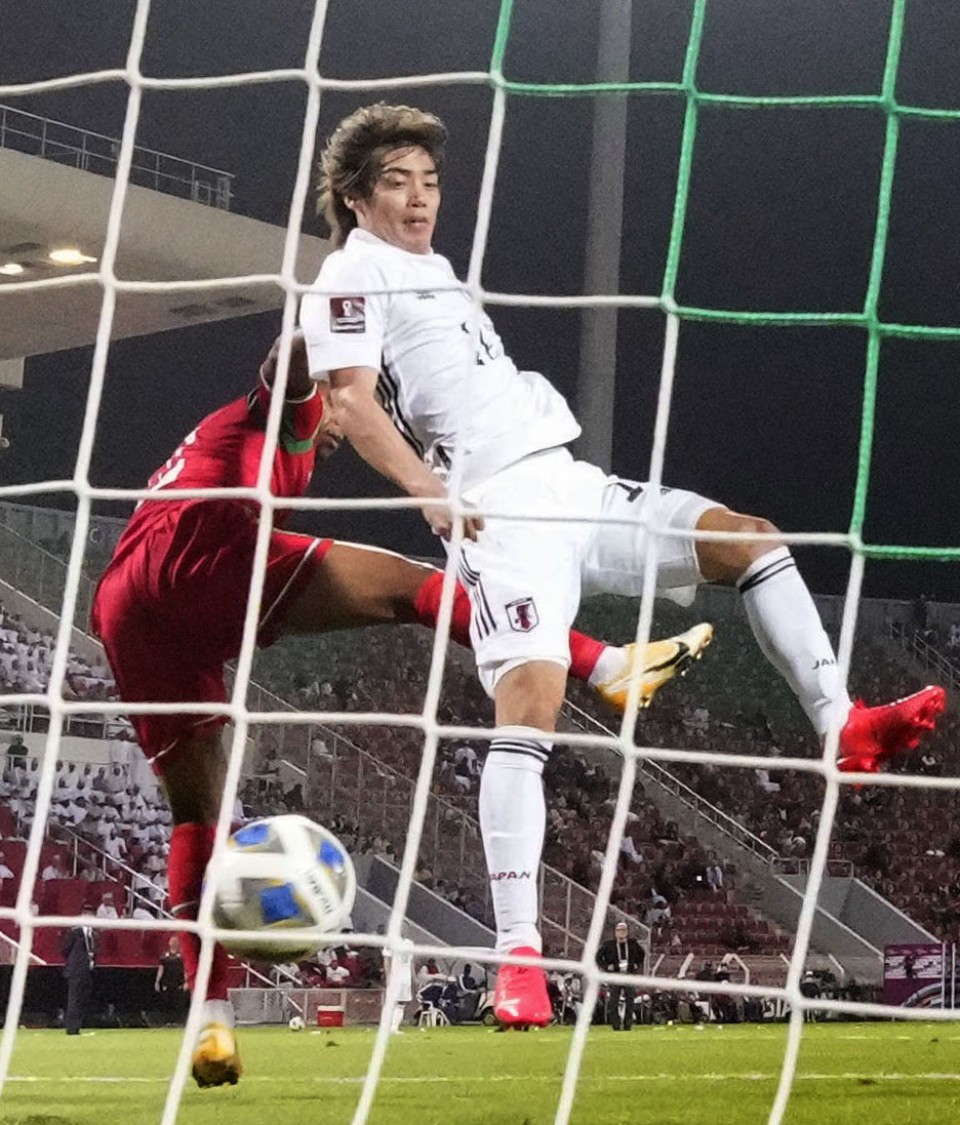 Junya Ito of Japan (R) scores the winner during the second half of a Group B football match against Oman on Nov. 16, 2021, at Muscat's Sultan Qaboos Stadium in Muscat, Oman, in the final group-phase round of Asian qualifying for the 2022 World Cup in Qatar. (Kyodo)

Kaoru Mitoma, who made his senior Japan debut when he came off the bench in the second half for Gaku Shibasaki, created the goal. The Brighton forward went past a defender and crossed for the Belgium-based winger to turn in the only goal of the game nine minutes from time.

Ito's goal earned the Samurai Blue a third win in a row and avenged their 1-0 loss to Oman in their opening match of the Asian World Cup qualifying stage in September.

"It was a really tough match but our persistence and determination to win led to that goal. We moved up to second but if we let our guard down positions can change again," Japan manager Moriyasu said.

The 28th-ranked Japan, who have four wins and two losses, next face China on Jan. 27 in the seventh of 10 home-and-away contests between six teams from Group B. Their last three games are against Saudi Arabia, Australia and Vietnam.

Australia are third with 11 points and Oman remain in fourth on seven points. China have five points and Vietnam have zero.

In Group A, South Korea improved to 14 points after six matches, two back of frontrunners Iran. 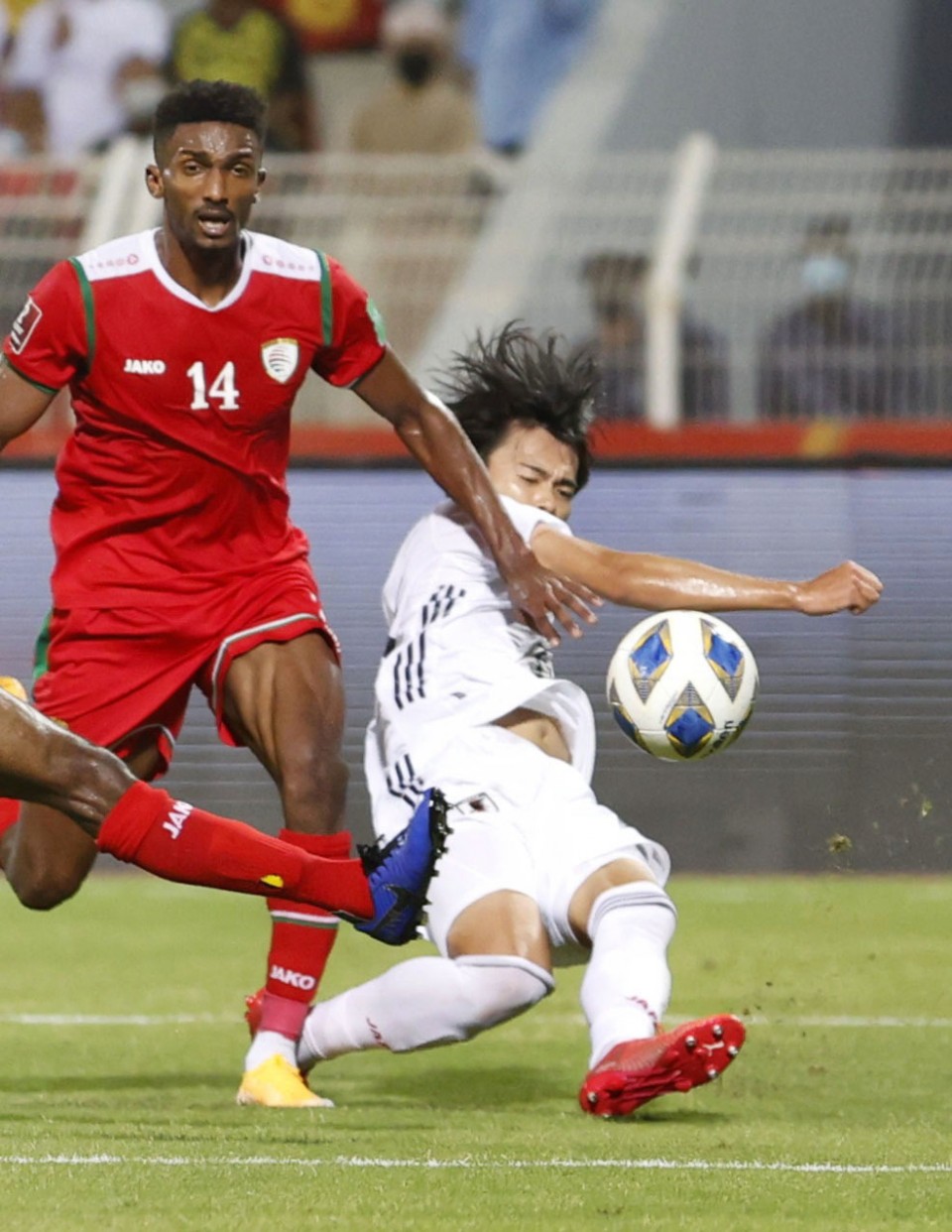 Kaoru Mitoma (R) of Japan crosses the ball during the second half of a Group B football match against Oman on Nov. 16, 2021, at Muscat's Sultan Qaboos Stadium in the final group-phase round of Asian qualifying for the 2022 World Cup in Qatar. (Kyodo) ==Kyodo