Chinese female tennis star Peng Shuai, who claimed to have an affair with a former vice premier, attended a tennis tournament in Beijing on Sunday, photos published by the event's organizer showed.

Peng, clad in a dark blue jacket and white trousers, smiled and waved her hand at the Fila Kids Junior Tennis Challenger Finals, according to a picture posted by China Open on its official account of Weibo, China's equivalent to Twitter. 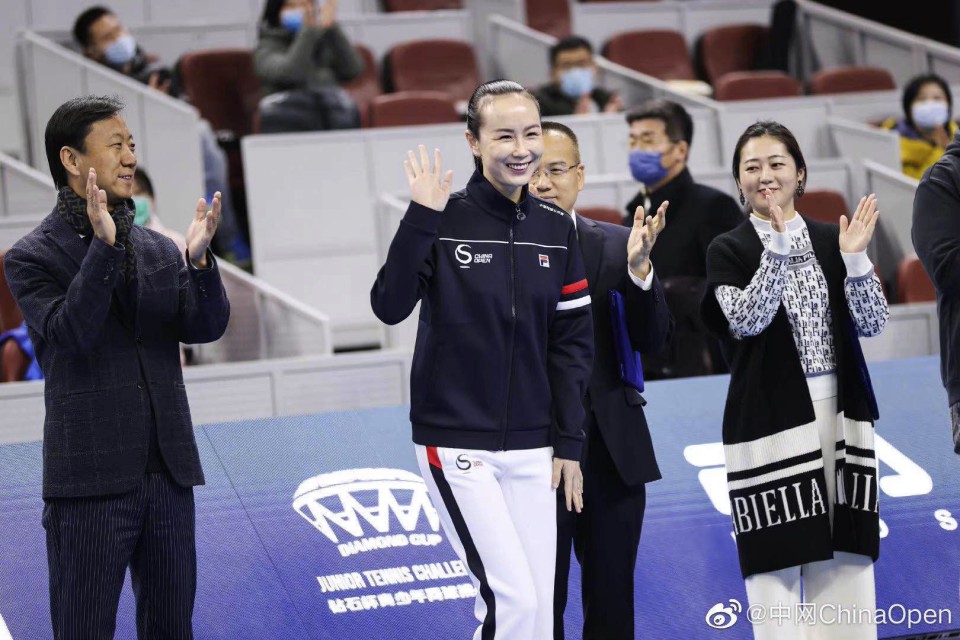 The photos came as fears are mounting internationally about her safety since she confessed an unhealthy relationship with Chinese veteran politician Zhang Gaoli early this month.

Peng has won the women's doubles at both Wimbledon and the French Open -- two of the four major tournaments in the world.

Meanwhile, Zhang served as a member of the Politburo of the ruling Communist Party's Central Committee from 2012 through 2017 under the leadership of President Xi Jinping.

In early November, a social media post spread online, which said under her name that she had sexual relations with Zhang when he was the top party official of Tianjin.

The Weibo post was swiftly deleted. It is still unknown whether what appears to be her claim is true, though a reporter for a Chinese newspaper said it looks reliable.

On Thursday, the China Global Television Network tweeted an image of what it said was an email from Peng to Steve Simon, the head of Women's Tennis Association, saying in English, "I'm not missing, nor am I unsafe. I've just been resting at home and everything is fine."

But doubt grew over whether it was really written by her. Simon said, "The statement released today by Chinese state media concerning Peng Shuai only raises my concerns as to her safety and whereabouts."