Prime Minister Fumio Kishida has decided to appoint his close aide and former education minister Yoshimasa Hayashi as foreign minister when he launches his new Cabinet next week, a source close to the matter said Saturday.

The appointment, slated for Wednesday, comes as Japan faces a host of diplomatic challenges such as China's assertive territorial claims in the East and South China seas, as well as North Korea's nuclear weapons development and missile launches, on top of strategic competition between the United States and China in the Indo-Pacific. 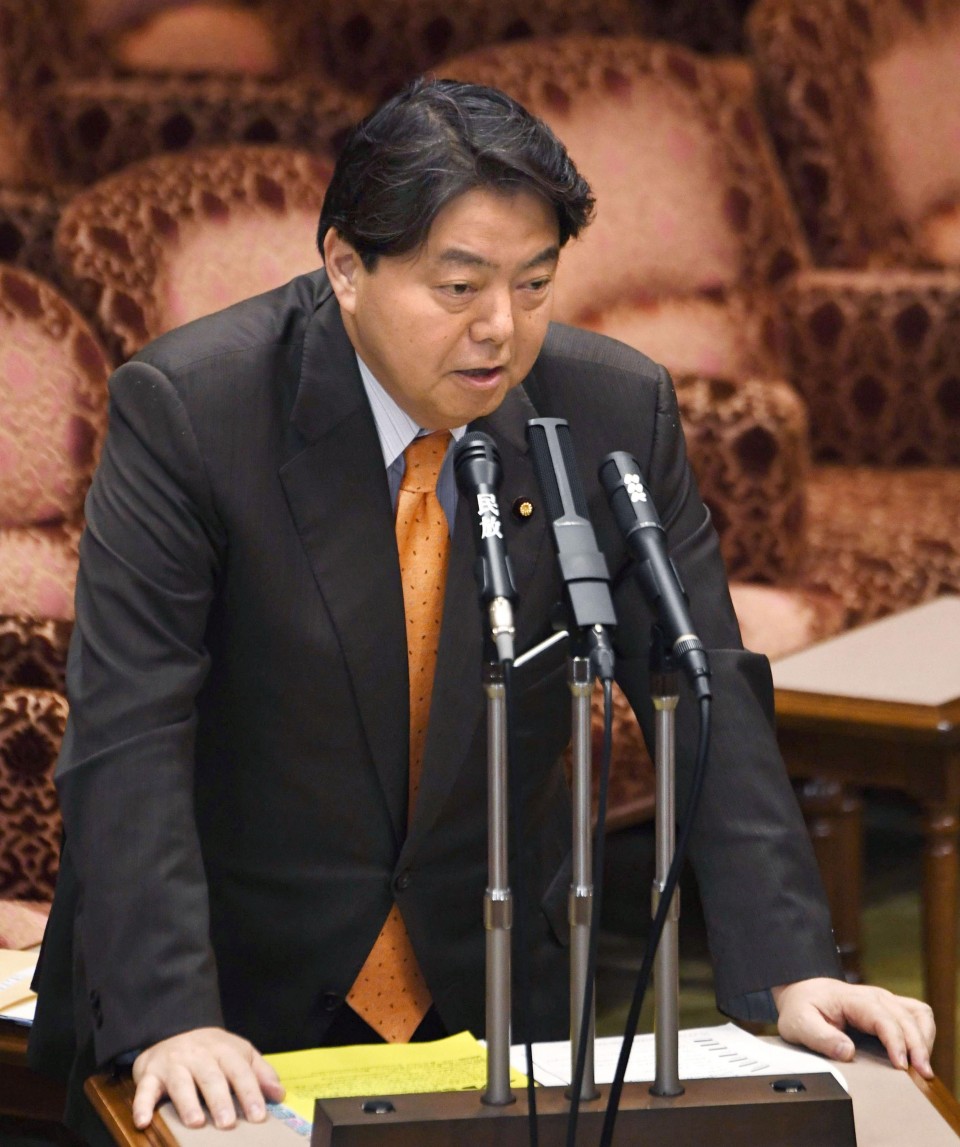 Japan's then education minister Yoshimasa Hayashi speaks at a session of the House of Councillors budget committee in Tokyo on March 20, 2018. (Kyodo) ==Kyodo

Kishida has doubled as foreign minister since Toshimitsu Motegi took up the ruling Liberal Democratic Party's No. 2 post of secretary general on Thursday.

Hayashi, who has served as defense, agriculture, as well as economic and fiscal policy minister, is the No. 2 leader of an LDP intraparty faction led by Kishida.

A graduate of the University of Tokyo, Hayashi, a 60-year-old House of Representatives lawmaker and son of a former finance minister, also studied at Harvard University.

Hayashi resigned as a member of the House of Councillors, the upper chamber of parliament, and won a single-seat district in Yamaguchi Prefecture, western Japan, in the Oct. 31 lower house election.

The LDP and its junior coalition partner Komeito retained a comfortable majority in the election, paving the way for Kishida to continue as Japan's leader.