Yuta Watanabe played his first home game of the season Sunday for the Toronto Raptors, scoring three points off the bench in a 109-97 loss to the Boston Celtics.

The 27-year-old forward made a late start to the season in a road win over the Memphis Grizzlies last Wednesday after straining his left calf during the preseason.

He made a big defensive play upon entering the game at Toronto's Scotiabank Arena, drawing an offensive foul against Celtics wing Jaylen Brown on a drive to the basket midway through the opening quarter. 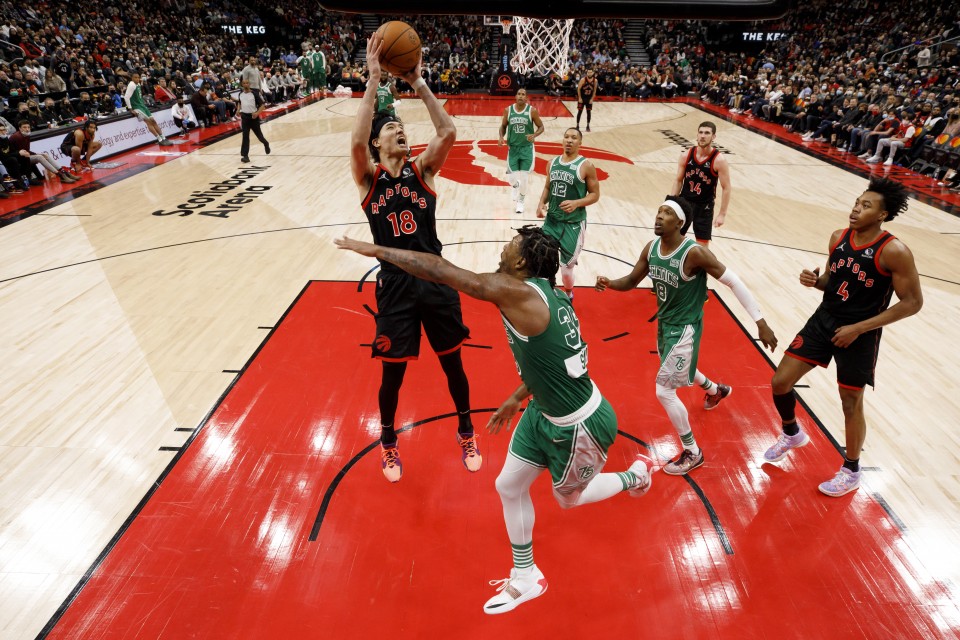 Yuta Watanabe #18 of the Toronto Raptors puts up a shot over Marcus Smart #36 of the Boston Celtics during the second half at Scotiabank Arena on Nov. 28, 2021 in Toronto, Canada. (Getty/Kyodo)

The Japan national team star also grabbed a pair of rebounds and dished an assist in 14 minutes for the Raptors, who took their second straight loss and dropped to 9-12 on the season.

Toronto guard Fred VanVleet led all scorers with 27 points, while Marcus Smart had 21 for the visitors.

The Raptors are currently 12th in the NBA's Eastern Conference, led by the 14-6 Brooklyn Nets. The Washington Wizards, preparing to reintegrate Japan forward Rui Hachimura into their roster, trail the Nets and the Miami Heat in third place at 13-7.

Hachimura resumed practicing with the Wizards last weekend after missing the start of the season for personal reasons.

FEATURE: Teen hooper taking the hard road from Japan to the top