The leader of South Korea's main opposition said Tuesday that if the conservative party's nominee Yoon Suk Yeol wins the March presidential election, he will work with Yoon to prioritize solving thorny issues with Japan, including wartime labor compensation.

In an interview in Seoul just days after the former prosecutor general became the People Power Party's standard bearer, Lee Jun Seok emphasized the need to explain to the South Korean public early during Yoon's presidency that sensitive historical issues involving Japan should be handled through diplomacy. 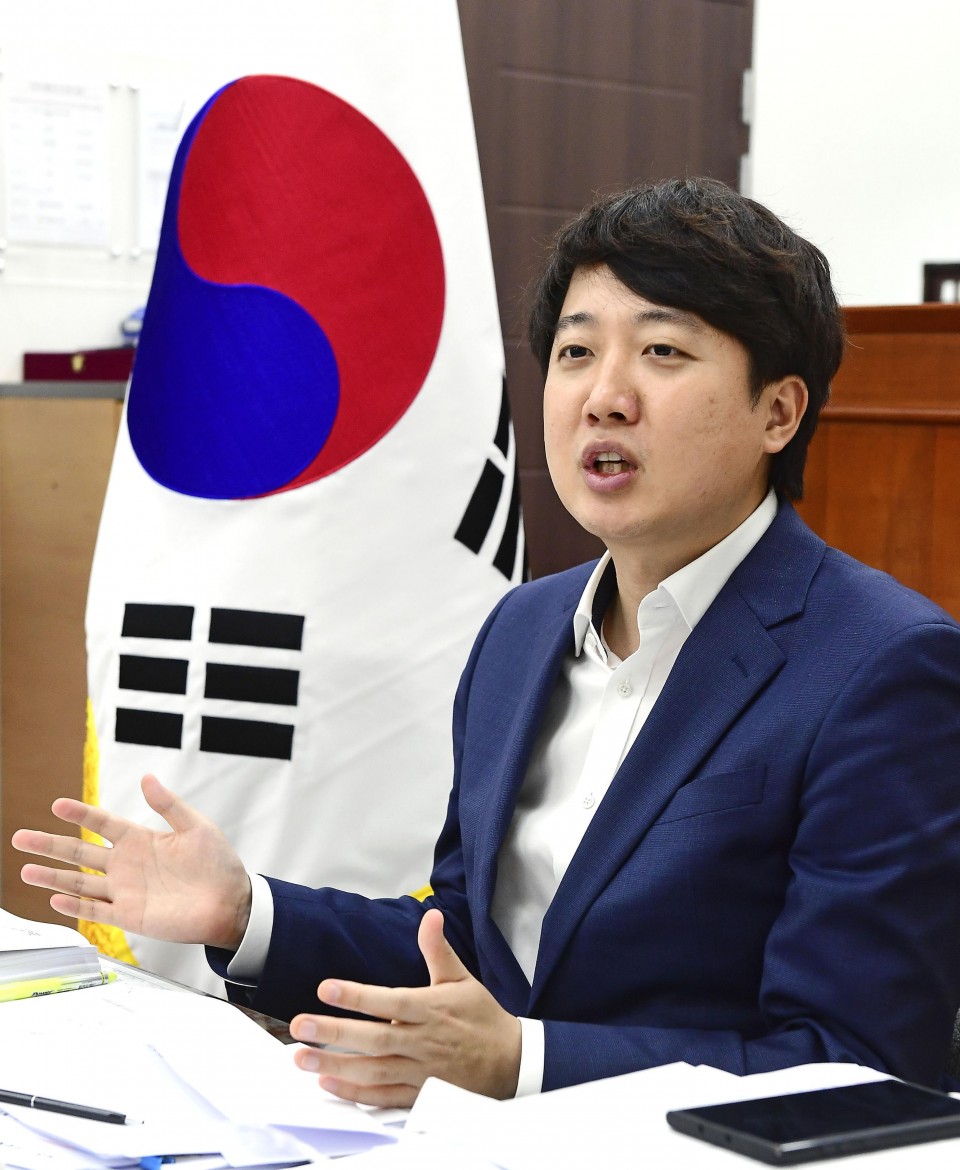 Ties between the two countries sharply deteriorated after South Korea's top court in 2018 ordered Japanese firms to compensate South Korean plaintiffs over forced work for them during World War II. This came on top of already frayed ties over the issue of "comfort women," who were forced to work at Japanese wartime brothels.

Tokyo has maintained that issues of claims stemming from its 1910-1945 colonial rule of the Korean Peninsula were resolved in a 1965 bilateral agreement, calling on Seoul to take "appropriate action" to resolve the diplomatic spat.

The 36-year-old party leader said many South Koreans are aware that while court rulings need to be respected under the separation of powers between different branches of government, diplomatic affairs are something that transcends them.

Lee predicted that once Yoon comes up with a good case to make to the public, the 60-year-old would engage in negotiations with Japan more actively than the current administration of President Moon Jae In.

As to the timing of such a diplomatic outreach, Lee said it would be best when "the atmosphere changes with the launch of a new administration" in May.

"I hope to visit Japan sooner or later to see and feel the atmosphere there so that I could give advice to Yoon (on handling South Korea-Japan issues)," Lee said.

With regard to North Korea, the party leader expressed reluctance toward the Moon administration's proposal that a formal end to the 1950-1953 Korean War be declared.

Lee expressed willingness to visit North Korea as a special envoy if appointed to the role by the next president.

"The whole framework for diplomacy with North Korea should change, and to do so, we should know more who Kim Jong Un really is," he said.

"When a particular person becomes highly popular as a political figure, society expects that person to solve something, and for Yoon it is corruption," Lee said, referring to a scandal facing the Democratic Party candidate over a land development project during his time as mayor of a city.

Lee, however, said Yoon still has to put a lot of effort into understanding what the young generation, especially those in their 20s and 30s, wants as they are considered to be a key demographic that will determine the winner in the upcoming election.

He added that he has felt South Koreans have a desire to see a new wave of politicians in the country's politics, given that the candidates of both parties as well as Lee himself have no experience of serving as lawmakers.

The Harvard-educated startup founder expressed willingness to meet such expectations by working to change the conservative party for the coming decades as he earned a chance to serve as leader at a relatively young age for a politician.