The world's first operational dual-mode vehicle, essentially a bus capable of running on roads and railway tracks, is set to enter service next month in the Shikoku region, the smallest of Japan's four main islands.

Asa Seaside Railway Corp. in Tokushima Prefecture said it will roll out the DMV on Dec. 25, having cleared safety checks by the Ministry of Land, Infrastructure, Transport and Tourism. 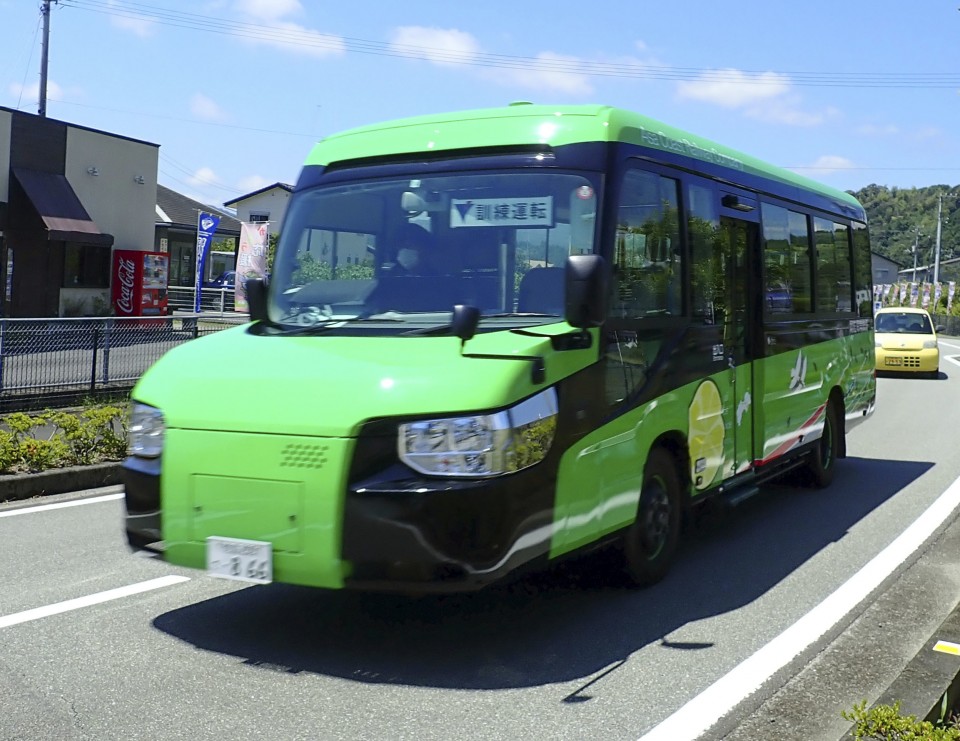 File photo taken in the Tokushima Prefecture town of Kaiyo, western Japan, in August 2021, shows a dual-mode vehicle with its tire wheels down for use on roads. The former microbus with retractable train wheels is expected to begin commercial service by the end of the year. (Kyodo) ==Kyodo

The vehicles will run on a 50-kilometer course connecting the town of Kaiyo in Tokushima and the city of Muroto, Kochi Prefecture, of which 10 km will be on a railway track. Three will be in operation, each with a capacity of 23 passengers and crew.

The DMV is a diesel-powered bus that has been fitted with an extra set of wheels on the undercarriage, which can be deployed in about 15 seconds, capable of traveling on railway tracks. 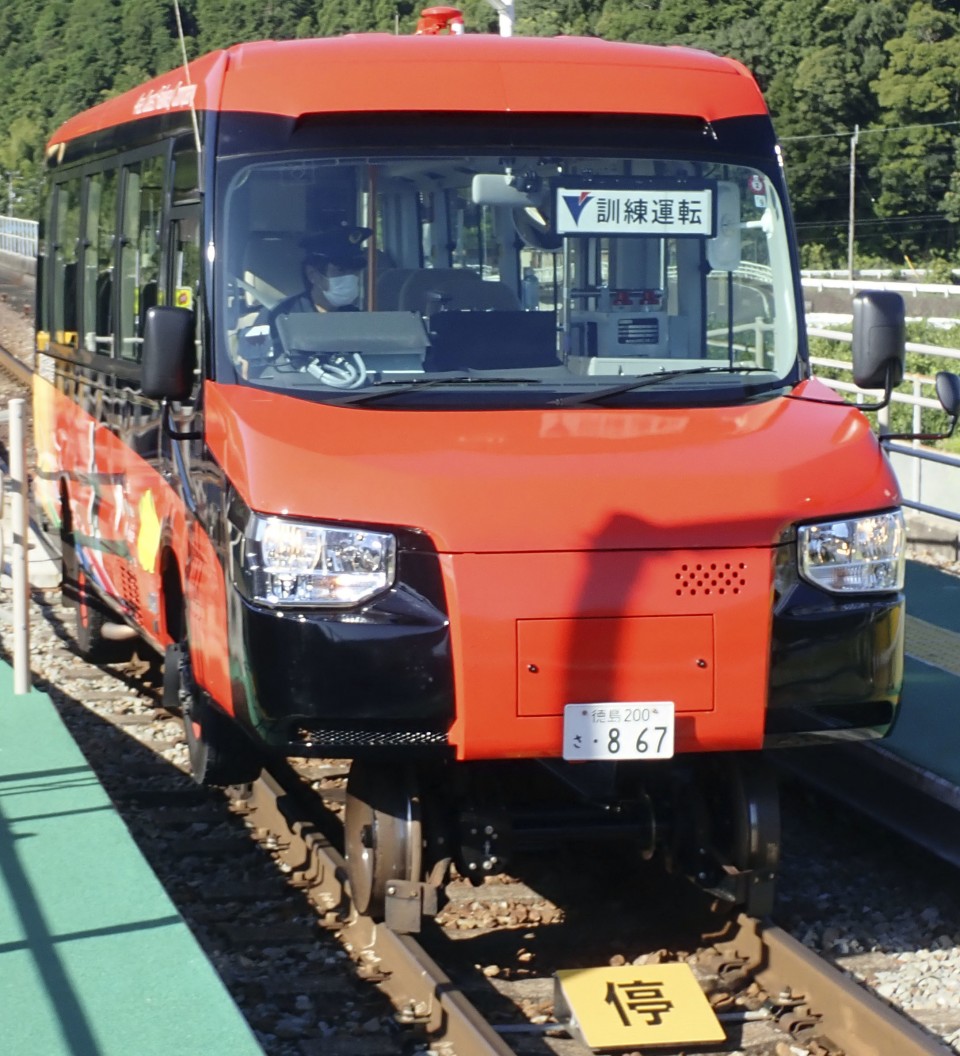 File photo taken in the Tokushima Prefecture town of Kaiyo, western Japan, in August 2021, shows a dual-mode vehicle with its train wheels down for use on tracks. The former microbus with retractable train wheels is expected to begin commercial service by the end of the year. (Kyodo) ==Kyodo

The Tokushima prefectural government, which has a 35 percent stake in Asa Seaside Railway, said it hopes the DMV will become a tourist draw and help boost the local economy, which, like much of Japan, has been hit hard by the coronavirus pandemic. The company is also 10 percent owned by the Kochi prefectural government.

The vehicles may also be useful in natural disasters such as earthquakes, which may leave sections of roads or railway tracks unusable.

The DMV is lighter than a traditional train, which, according to the company, means it requires less fuel and is easier to maintain. Hokkaido Railway Co. developed its own version in 2004 but did not bring it into operation, in part due to financial difficulties.

Asa Seaside Railway had initially planned for the DMV to enter service in time for this summer's Tokyo Olympics and Paralympics but had to push back those plans after the transport ministry instructed it in June to reinforce welding on the arm holding the retractable wheels.

Last week, a technical panel at the ministry reviewed the test results using the upgraded parts and gave the green light for the vehicle to go into operation.