The chief of the German navy said Tuesday he is concerned freedom of navigation, and the rules-based international order could be undermined in the Indo-Pacific region, in a veiled reference to China's rising assertiveness in the East and South China seas.

The German navy will strengthen its commitment to the region through deeper security and defense cooperation with regional partners, Vice Adm. Kay-Achim Schonbach said. 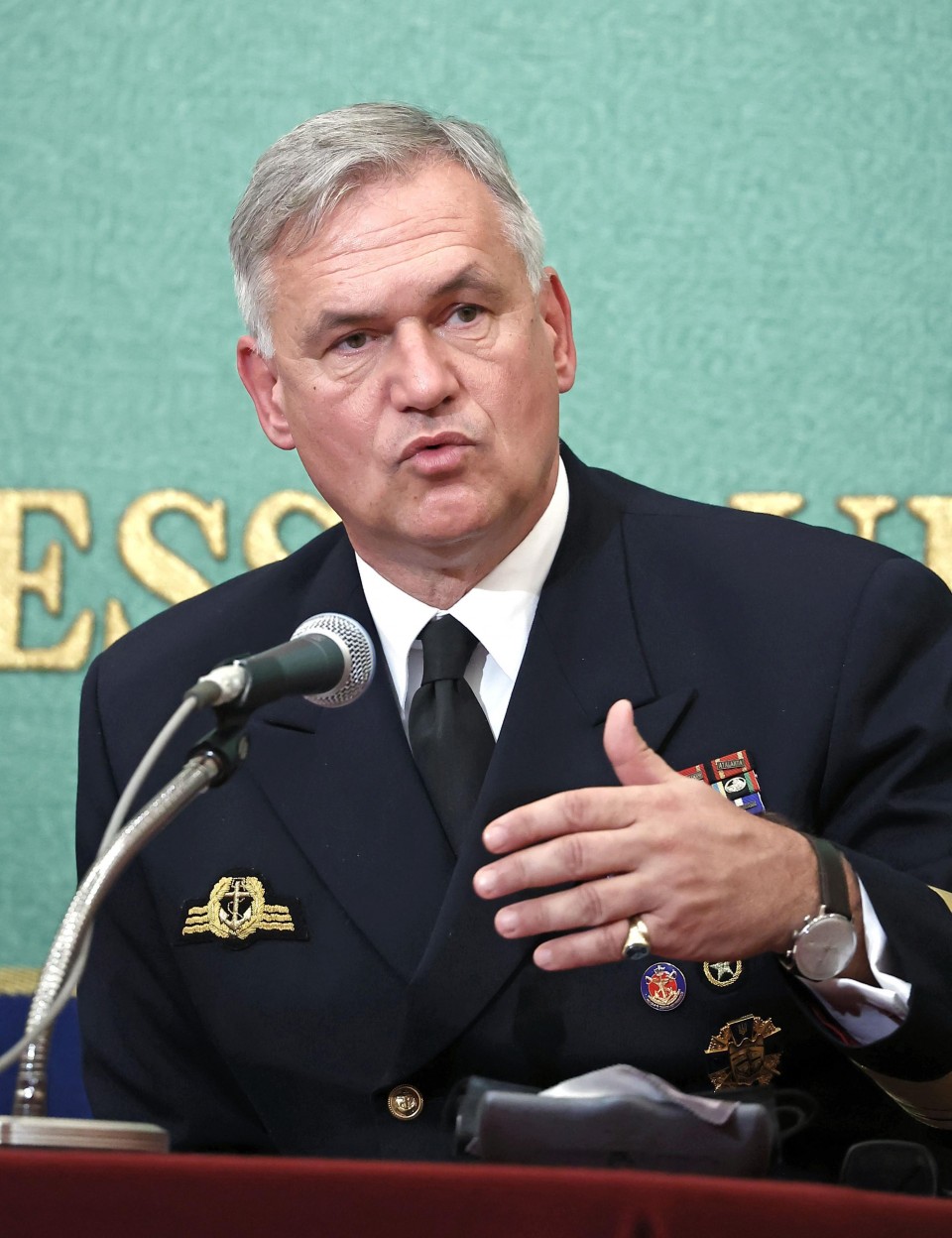 The chief of the German navy, Vice Adm. Kay-Achim Schonbach, speaks at a press conference in Tokyo on Nov. 9, 2021. (Kyodo) ==Kyodo

"The Indo-Pacific region is more than just an economic bloc," Schonbach said at a press conference at the Japan National Press Club in Tokyo. "The region is becoming a source of increasing conflicts, unresolved territorial disputes and a change in power balance."

Schonbach has been in Tokyo for meetings with officials of Japan's Maritime Self-Defense Force, as the German navy frigate Bayern arrived in Tokyo on Friday, becoming the country's first military vessel to make a port call in Japan in nearly 20 years.

Berlin has been stepping up its engagement in the Indo-Pacific region, partly propelled by actions by Beijing deemed as undermining the rule of law, human rights and democracy. Berlin released its comprehensive Indo-Pacific strategy in September last year, signaling its shift away from a China-centered Asia policy.

France and Britain have also sent naval vessels to the region recently, with the three European powers eyeing closer coordination with U.S. President Joe Biden's administration, which has been stepping up pressure on an increasingly assertive China.

Schonbach said the Bayern's dispatch to the region demonstrates his country's contribution to the area based on the "inclusive" strategy.

"We want to deepen our security and defense relationships with countries in the Indo-Pacific region, and we see Japan, Australia, South Korea, Singapore...New Zealand and, of course, the United States as particularly important partners," he said.

The navy has said the frigate plans to sail through the South China Sea, where China is building military outposts on artificial islands.

The commanding officer of Bayern, Cmdr. Tilo Kalski did not rule out the possibility of provocation by Chinese ships.

"We are prepared for anything when going through that area," he said at the press conference.

Later this month, the Bayern also plans to conduct its first-ever mission in the East China Sea to monitor whether North Korea engages in any ship-to-ship transfer of goods in violation of U.N. resolutions banning such a practice for its nuclear and missile development. 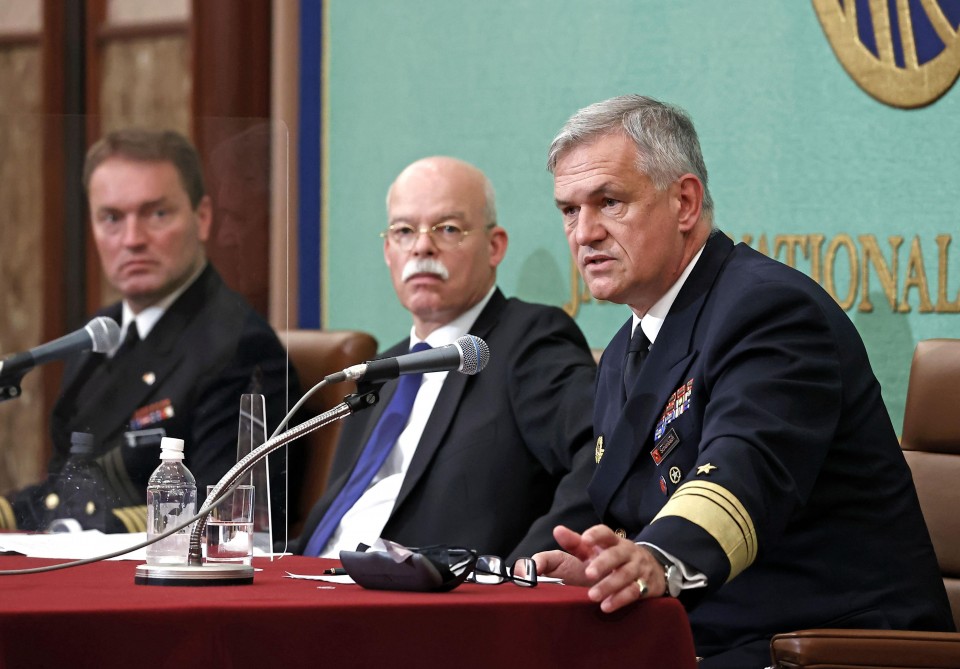 These plans show "demonstrations of commitment to a rules-based international order in the Indo-Pacific," Schonbach said.

He reiterated that Germany would seek to send a frigate every two years to the Indo-Pacific region with a supply ship, adding that the German navy could join British or French vessel strike groups when deployed to the area.

Gen. Eberhard Zorn, the German chief of Defense, has told Japanese Defense Ministry officials during their recent meetings that Germany is planning to send air force aircraft to Japan next year, according to Schonbach. 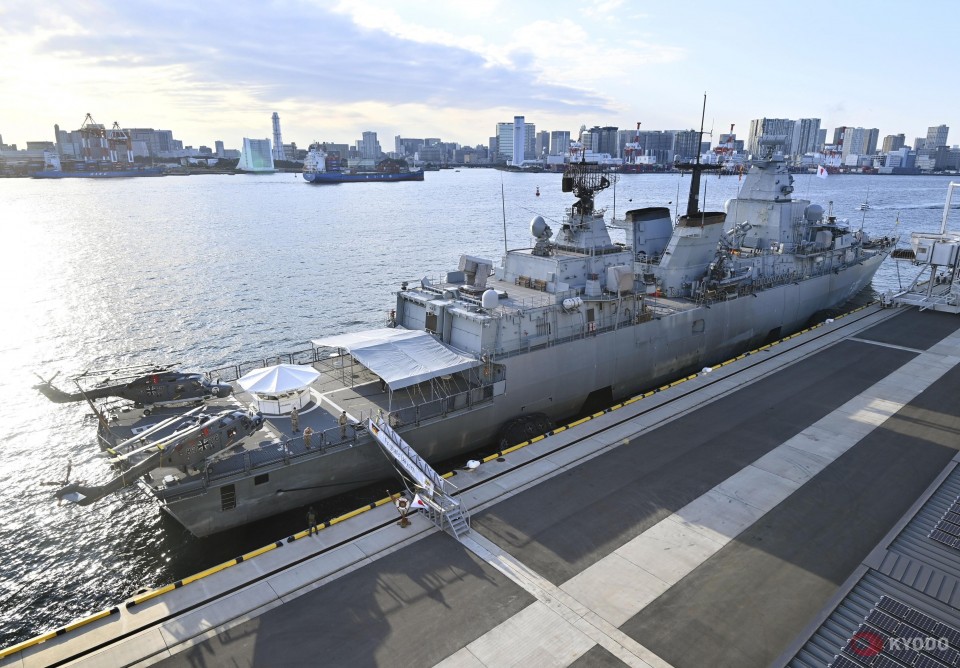