The addition of BMX freestyle to the Olympic program at the Tokyo Games opened a lot of eyes to the sport in Japan, and a subsequent boom in interest from people of all ages is bringing families closer.

Even if it is not the most accessible sport due to the inherent risks involved in taking on jumps, ramps and quarterpipes, the head of the Japan Freestyle BMX Federation said he could not pass up the chance to get both young people and their parents involved.

"If (parents are) visiting the venue anyway I thought they might as well ride and have fun," federation head Satoshi Deguchi said of his idea to encourage family participation and allow parents to compete alongside their children. 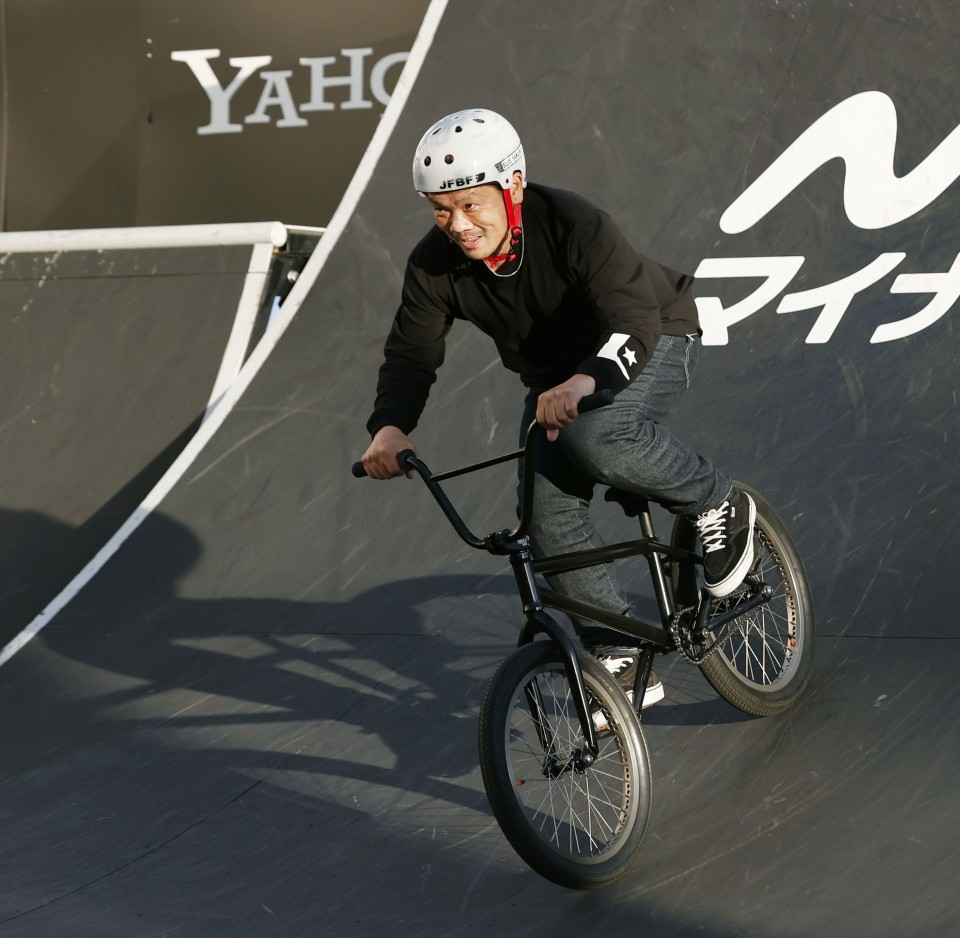 Satoshi Deguchi competes in the over-30s category at a BMX freestyle park competition held in Kyoto Prefecture on Nov. 13, 2021. (Kyodo)

With a new and very challenging activity to share, many of the family units are finding the sport is a perfect vehicle for improved communication and stronger emotional bonds.

To encourage parents to roll into the park with their kids, the federation reintroduced a category for riders aged 30 and over for the first time in three years at a recent event held in Kyoto Prefecture.

Now, parents whose role had been little more than cheerleading chauffeurs have a chance to show their offspring what they can do on a bike other than a mamachari -- the standard family transport that most Japanese use in their neighborhoods every day.

Masashi Shimono is one such parent. The 37-year-old enjoys riding BMX with his first grader son and despite only having two years' experience, he got to play the superstar when he pulled off a barspin -- flicking the handlebars 360 degrees while in the air -- in his first competition. 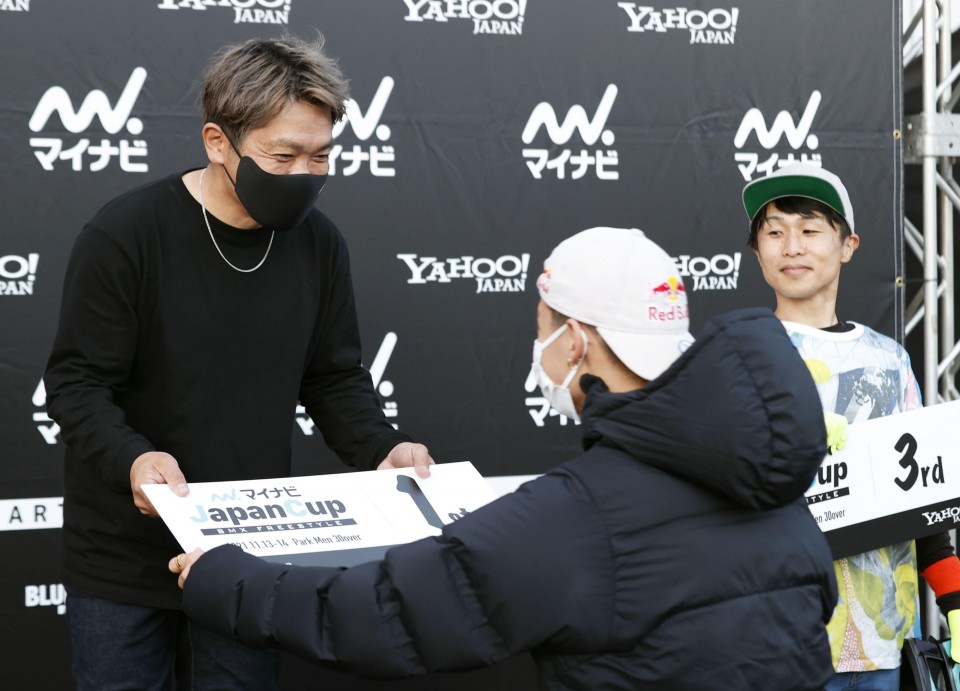 Satoshi Deguchi (L) and Masashi Shimono (R) take their places on the podium after competing in the over-30s category at a BMX freestyle park competition held in Kyoto Prefecture on Nov. 13, 2021. (Kyodo)

"It's worth putting my body at risk because it's a great father-son communication tool. Overcoming fear (in a sports context) makes it more fun," Shimono said.

BMX has many subdisciplines including race, freestyle, street, park and more. But competitive and recreational riders share one thing in common -- a passion for pedaling.

Deguchi, himself a former high-level rider, emphasizes that BMX is a family-oriented sport in Japan and open to all ages. He said there is a lot more to competing than just winning and losing, but not every rider who owns a BMX bike has to take to the park.

"You can just ride, you don't even have to do tricks. It's appealing enough for families to buy a BMX bike and share the same interest," he said.

"It's a sport that I'd like for families to participate in forever."