Raimondo, who arrived in Singapore the previous day after a visit to Japan, said during a forum that the framework would be aimed at securing supply chains. 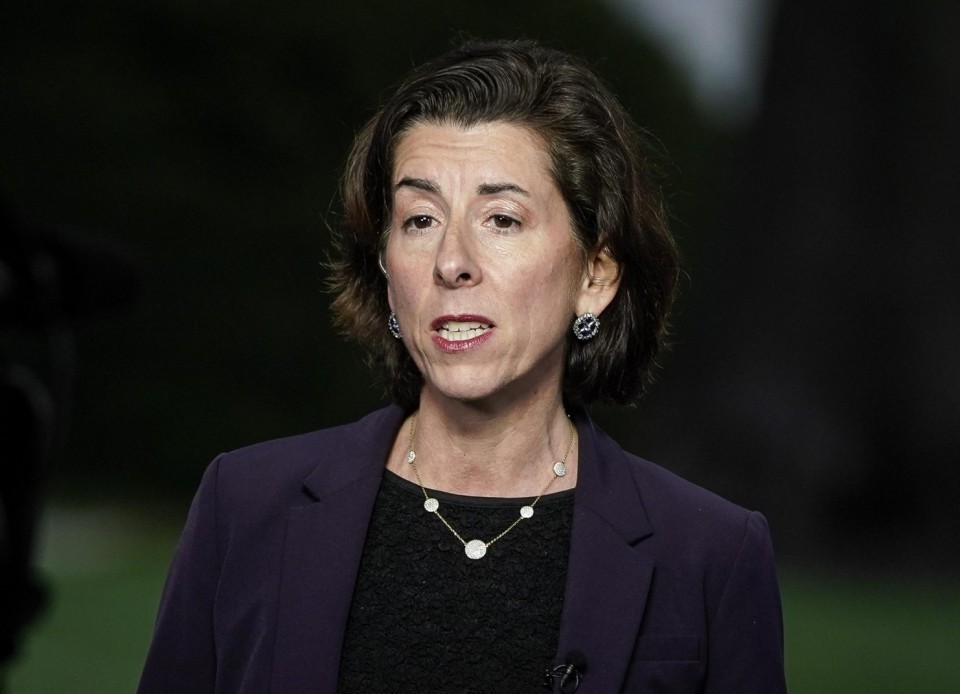 "I'm here in the region beginning the discussions, laying the groundwork" for the negotiations, Raimondo said. "We are likely to launch a more formal process in the beginning of next year, which will culminate in a proper economic framework in the region."

Raimondo's tour of Japan, Singapore and later Malaysia comes on the heels of U.S. President Joe Biden's announcement last month about developing an Indo-Pacific economic framework to define "shared objectives" with partners on trade facilitation, standards for the digital economy and technology.

The framework could be seen an alternative to the Trans-Pacific Partnership free trade deal, to which the United States has not returned since withdrawing in 2017 under Biden's predecessor Donald Trump.

Regarding the possibility of Washington rejoining the deal, formally known as the Comprehensive and Progressive Agreement for Trans-Pacific Partnership, Raimondo said, "For various reasons, that is not going to happen now."

But she stressed, "We are very serious in re-engaging economically with the Indo-Pacific," adding the framework would strengthen supply chains for such essential goods as semiconductors.

What the United States is launching is "broader in some ways and a little bit less restrained or constrained" than traditional free trade agreements, Raimondo said.

In responding to a question about China and Taiwan having applied in September to join the TPP, she said their accession would depend on the member countries.

Before leaving for Malaysia on Thursday, Raimondo will meet with her counterparts from Australia and New Zealand.