After swapping Sagan Tosu for German club Eintracht Frankfurt at the age of 20, Daichi Kamada has grown in stature both at the club and Japan national team levels.

A silky playmaker with an eye for goal, the Ehime Prefecture native will be 26 when the 2022 World Cup in Qatar comes around in 12 months' time and he knows it is a stage he cannot miss out on.

"I had two dreams since I was little: playing in the (European) Champions League and the World Cup. And I don't want to just get to those stages but play in games and perform," he told Kyodo News recently. 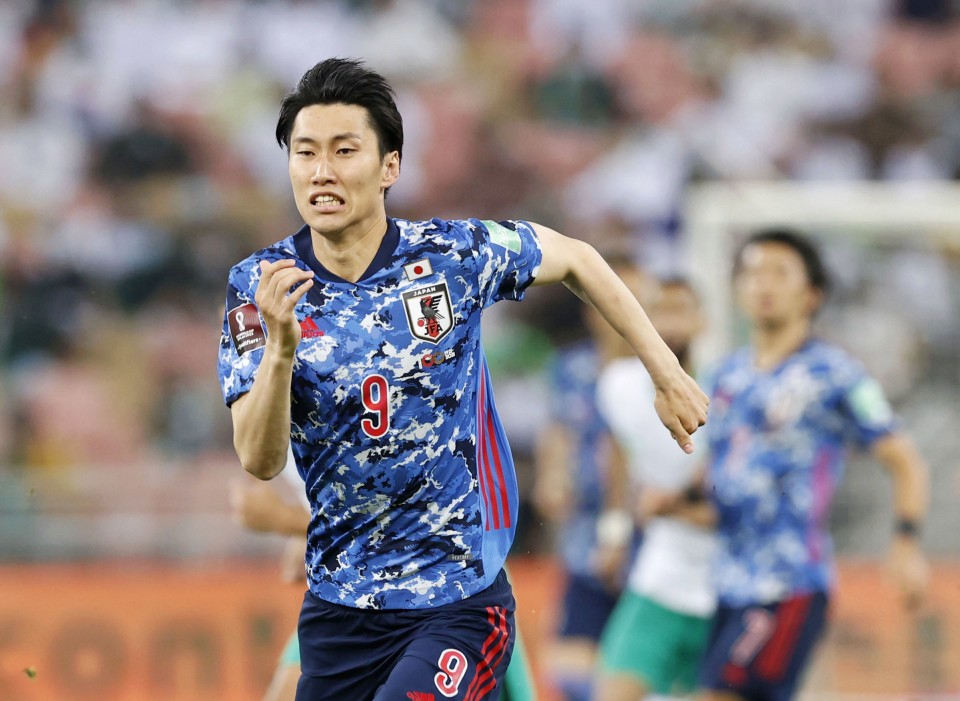 File photo shows Daichi Kamada of Japan in action during  a Group B football match against Saudi Arabia in Jeddah in October 2021 in the final group-phase round of Asian qualifying for the 2022 World Cup. (Kyodo)

A late collapse in the league last season saw Frankfurt miss out on a Champions League spot by a single point, meaning Kamada is yet to experience the world's premier club competition despite his growing reputation on the continent.

His club's indifferent form this term following the summer departure of manager Adi Huetter has resulted in fewer league starts for Kamada, meaning that reaching the World Cup with Japan next year will probably come before he tastes Champions League action.

However, Hajime Moriyasu's men need to qualify first, and their final qualifying campaign has so far been far from ideal with two defeats from six games.

Kamada fired blanks in Japan's home defeat to Oman as well as their game away to Saudi Arabia, and a change in formation saw his No. 10 role disappear, consigning him to a place on the bench.

"I didn't feel that much pressure until the final round of qualifying. I thought we will get the wins somehow," he said. "But I'm feeling a massive amount with our backs against the wall."

"People at home take reaching the World Cup finals from Asia as a given. In reality, it's quite difficult, but we need to make it something routine."

Kamada is no stranger to difficult stretches. His spell with Frankfurt did not get off to a good start after his move in the summer of 2017, the youngster seeing virtually no playing time in the first year before finally finding his feet following a year out on loan at Belgium's Sint-Truiden.

"My first year in Europe didn't go well but going back to Japan was not an option," he said. "There was a time when I said 'I'll quit football if I can't make it in Europe' and I've been playing with that resolution."

"When I first went to Europe, I was struck by how much bigger the other players were physically, but I no longer give that a thought. It's as though what I now feel is normal is not the case for others. I've changed since moving to Europe."

He is also grateful to his parents for encouraging him as a teenager when he was most in need of a boost.

"I've thought about quitting football countless times but they persuaded me and that allowed me to continue," he said. "When I was having second thoughts about turning pro and angling toward going to university, they told me to become a pro and that's what made me who I am today."

As for many across the globe, his memories of past World Cups include both the historic clashes of powerhouses and those involving his home country. 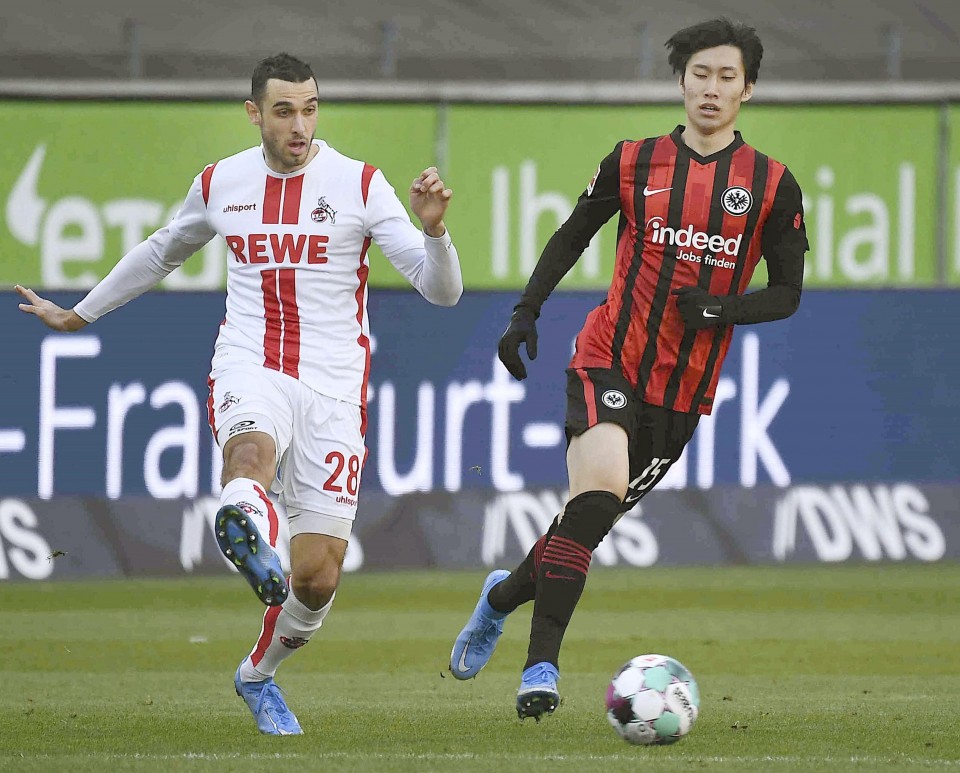 "I remember Brazil losing heavily to Germany when they hosted the 2014 World Cup," said Kamada. "For Japan, it would be 2010 (in South Africa). Keisuke Honda's free-kick (against Denmark) was amazing."

Only time will tell whether Kamada's exploits will live on in others' memories in a manner similar to Honda's. Kamada is now linked with Honda's former club Milan, and knows he needs to get through his current difficulties if he is to have a chance to join his role model in the history books.

"If we get good results at our clubs and things go right, there's no way Japan will lose in Asia with the team we have. We can be confident of that," Kamada said.

"Players can definitely be in national teams if we're playing for good clubs. Club performances mean everything. We had one or two national team members at Tosu in the J1, but there are around 15 in my current team, so it's become normal for me to compete for regular spots with other internationals."

The sooner Kamada finds his form, the better for Japan, who are craving goals and attacking flair.

"The World Cups are only held every four years and it's not something I can get many shots at in my football career," he said. "The next one is best for me in terms of age, too."