During their roughly 75-minute "in-depth" talks in Tokyo, Hayashi expressed his "strong opposition to unilateral attempts to change the status quo by force in the East and South China seas," with the two ministers agreeing on the importance of dealing with the issue based on international law, the ministry said. 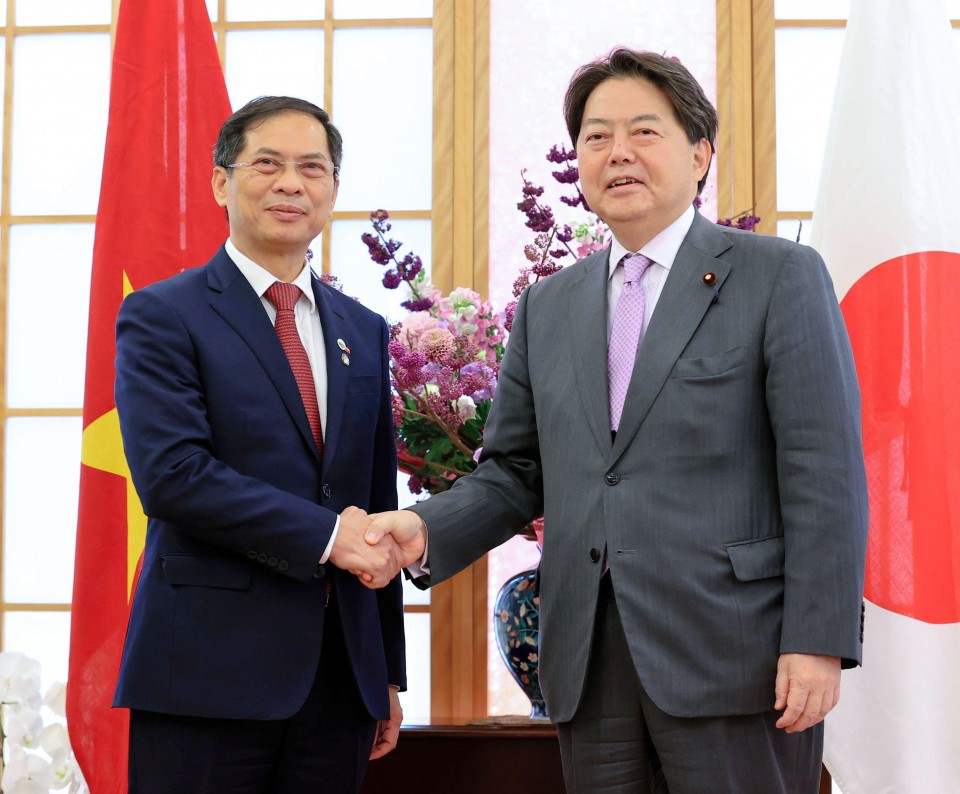 Japan and Vietnam have been respectively engaged in territorial disputes with China in the East and South China seas.

Son said he aims to elevate the two countries' "extensive strategic partnership" to new heights, according to the Japanese ministry.

Hayashi and Son also affirmed that the two nations will continue to collaborate to maintain the "high standards" set in the 11-member Trans-Pacific Partnership free trade pact, of which both Japan and Vietnam are members, the ministry said.

They exchanged views on North Korea's missile and nuclear threat and agreed to work closely together in dealing with Myanmar, which has been under military rule following a coup in February, according to the ministry.

Son was in Japan accompanying Vietnamese Prime Minister Pham Minh Chinh, who agreed with his Japanese counterpart Fumio Kishida on Wednesday to step up cooperation on security issues as well as on economic recovery from the impact of the coronavirus pandemic.