Metal water bottle falls from Osprey onto residence in Okinawa

A stainless steel water bottle fell from a U.S. Marine Osprey aircraft onto the premises of a residence in Okinawa Prefecture, but there were no reports of injuries or property damage, local authorities said Wednesday.

The incident, in which the canteen fell from the aircraft near the front entrance of the residence in Ginowan in the southern Japanese island prefecture, occurred on Tuesday and prompted Tokyo to contact Washington and call for preventive safety measures. 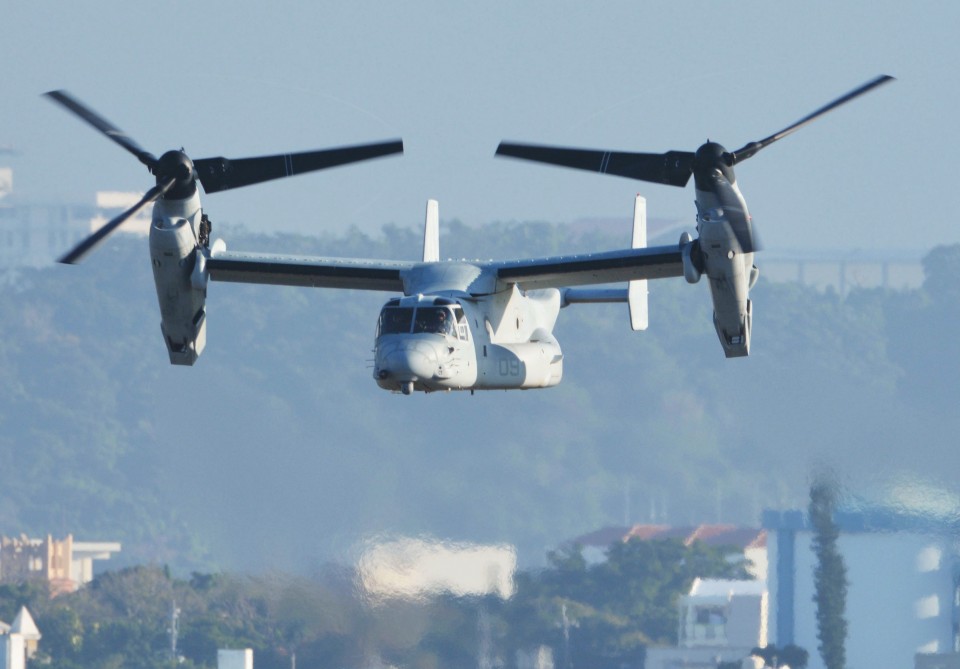 "It should not have happened, as (incidents like this) make people in the area worried," Chief Cabinet Secretary Hirokazu Matsuno said at a press conference Wednesday.

Matsuno said the government requested a swift sharing of information and a thorough implementation of aircraft safety management by the U.S. forces.

The U.S. Marines explained that the bottle fell from the tilt-rotor transport aircraft when it took off from the U.S. Futenma air base in Ginowan around 6:45 p.m. Tuesday, adding they will investigate to discover exactly what happened.

Local authorities said they received information about the incident on Tuesday evening and discovered the bottle -- 25-centimeter long and 13-cm wide -- in a residential area near the city hall on Wednesday.

Since U.S. Marine Corps Air Station Futenma, located in a crowded residential area of Ginowan, has been dogged by safety issues, Matsuno repeated the central government's stance that the planned transfer of the airbase functions to a less densely populated coastal area in Nago is "the only solution" to remove the danger.

There is strong opposition among local residents to relocating the Futenma airbase within Okinawa Prefecture, which hosts the bulk of U.S. military facilities in the country.