Bird flu has been detected at a chicken farm in the northeastern Japan prefecture of Akita and local authorities have begun a cull of some 143,000 birds, the prefectural government said Wednesday.

The outbreak of avian flu, the first in Japan this season, was confirmed through genetic testing at a chicken farm in Yokote after a positive result was returned in a preliminary test the previous day. 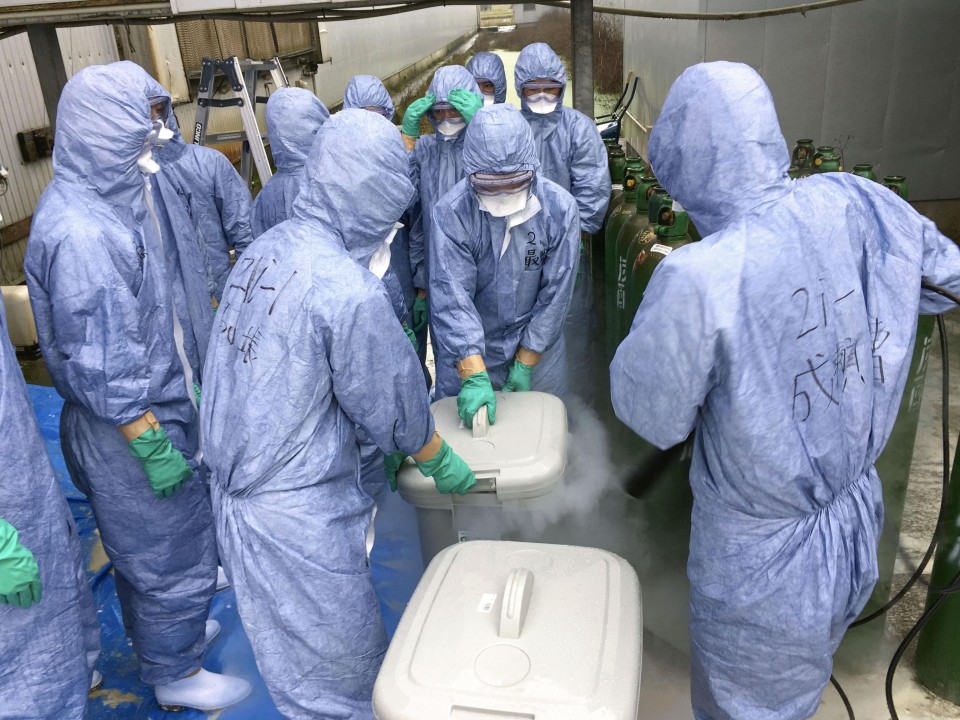 The prefectural government also barred shipments of chickens or eggs from farms within a 10-kilometer radius of the affected farm. The Ground Self-Defense Force dispatched personnel to help deal with the issue at the request of the prefecture.

Prime Minister Fumio Kishida called for the gathering of information and instructed the farm ministry and other government agencies to work closely to take prompt and thorough preventive steps.

According to the prefectural government, a veterinarian reported to local health authorities on Tuesday morning that the number of chickens dying at the farm in Yokote had been increasing.

When a preliminary test was undertaken on 13 of the chickens, 12 tested positive for avian flu.