Kobayashi beat Slovenian Anze Lanisek after racking up a total of 324.5 points on a first jump of 138.5 meters that put him 1.4 points behind Lanisek and a second of 143 meters to claim his first win of the season. 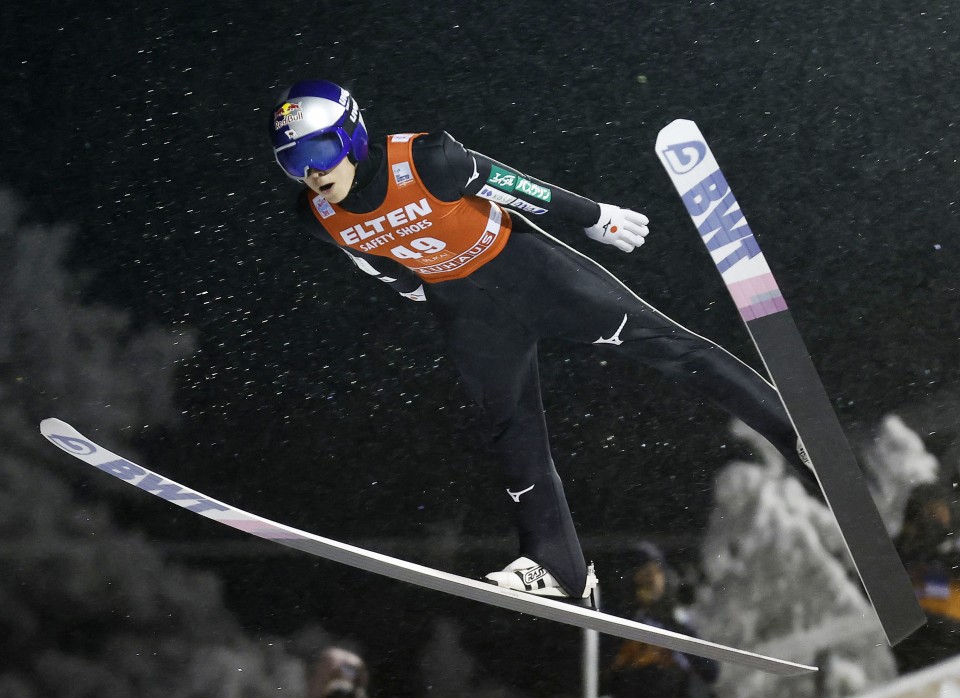 Ryoyu Kobayashi of Japan soars through the air during a men's World Cup ski jumping event in Ruka, Finland, on Nov. 27, 2021. (Kyodo)

"My second jump was really good. I've been performing well so I hope to keep this up."