Japan has decided to postpone the creation of an agency to oversee policies related to children to fiscal 2023 or later, government sources said Saturday.

The delay of the agency's establishment originally envisioned for fiscal 2022 comes as difficulties have arisen in coordinating the transfer of departments among relevant government organizations. 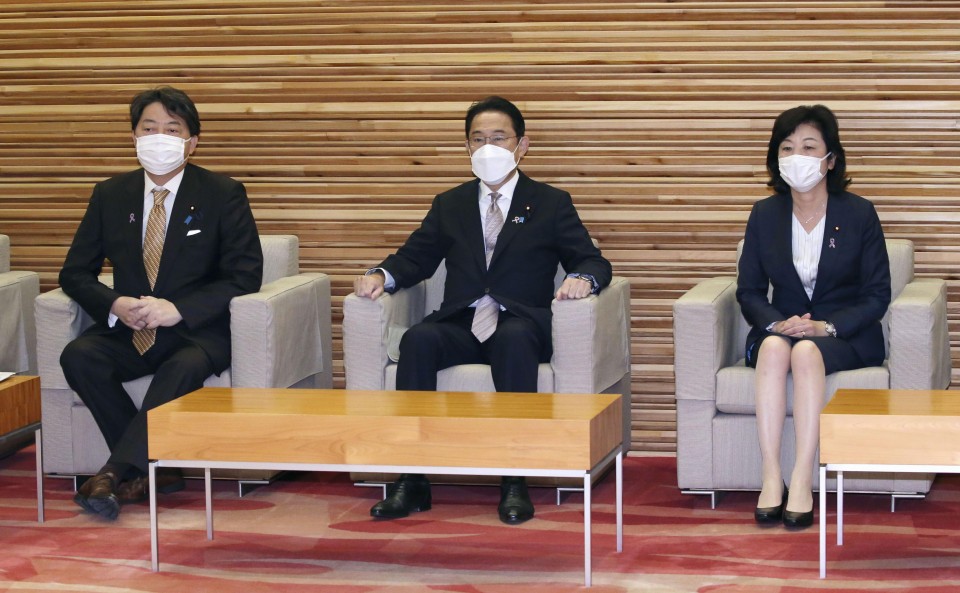 On Saturday, Prime Minister Fumio Kishida told reporters in Matsuyama, western Japan, that the government "will continue its efforts to start the children's agency" and reaffirmed his intention to submit related bills to the ordinary Diet session next year.

The agency is a new organization that will unify policies across multiple government ministries and entities to better deal with increasingly complex issues such as abuse.

Former Prime Minister Yoshihide Suga had expressed his desire to establish it as a symbol of "breaking down vertical divisions."

The government had initially aimed to establish the new command center for child-related policies in fiscal 2022 based on its experience with the Digital Agency, which it managed to set up within a year.

While Kishida said at a press conference early this month that the government would work on setting up the new agency, its priority has fallen within his administration and discussions within the ruling coalition have stalled.

Under the government's plan, the agency will be formed as an external bureau of the Cabinet Office and overseen by a full-time minister.

It is expected to absorb departments in charge of child care and child abuse prevention within the Ministry of Health, Labor and Welfare, as well as the department that oversees child poverty measures within the Cabinet Office.

The Ministry of Education, Culture, Sports, Science and Technology is expected to remain in charge of most matters related to education due to difficulties in coordinating a transfer.