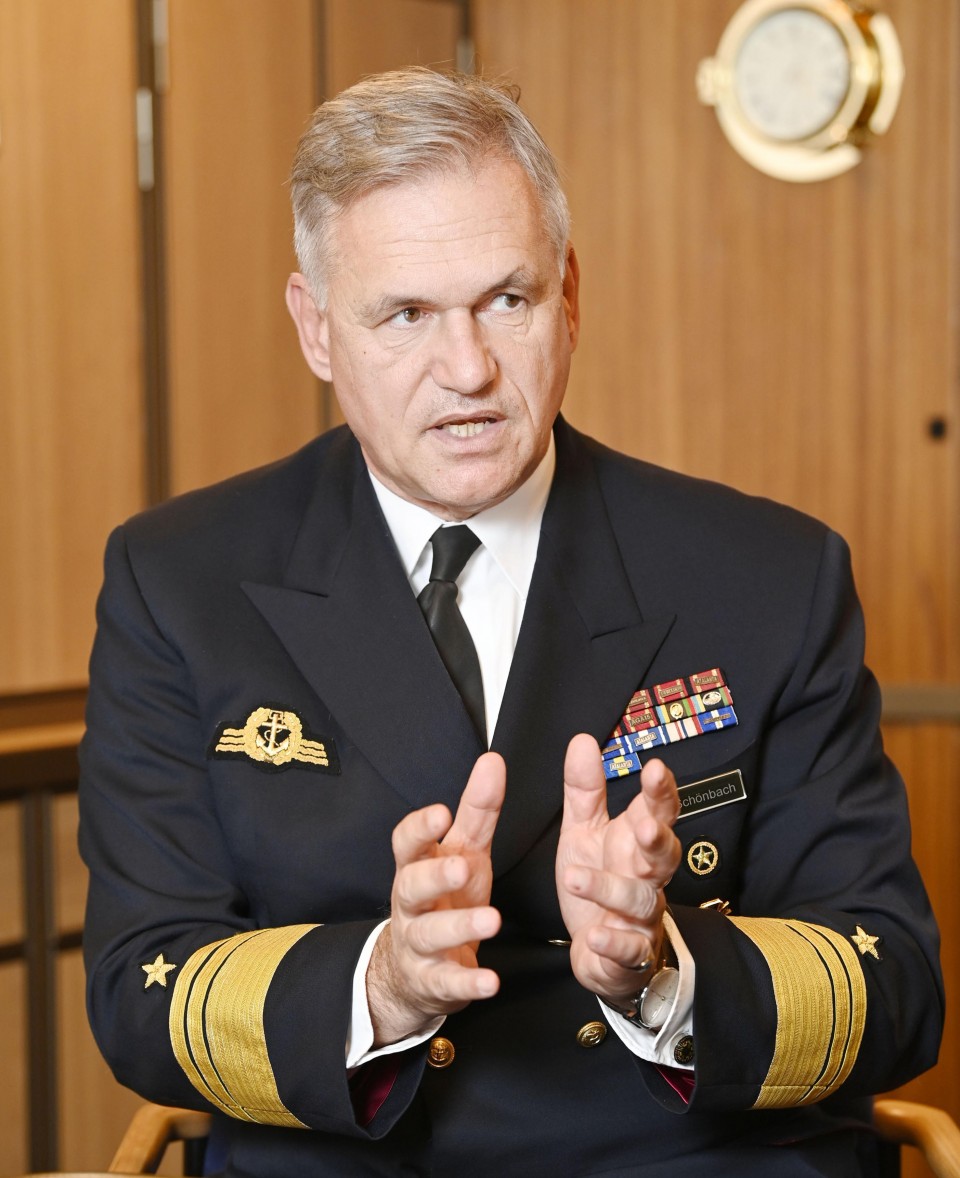 Vice Adm. Kay-Achim Schonbach speaks in an interview with Kyodo News in Tokyo on Nov. 6, 2021. (Kyodo)

The chief of the German navy has said he is looking to dispatch vessels to the Indo-Pacific every two years to help maintain peace and order based on international law in the region.

Germany has been enhancing its defense cooperation with Japan and other partners amid China's military buildup and assertive territorial claims in the area.

"If possible, I would like to dispatch ships to the area once every two years," Vice Adm. Kay-Achim Schonbach said in a recent interview with Kyodo News, adding he hopes to enhance cooperation with Japan, Australia and other countries.

German frigate Bayern arrived in Tokyo on Friday, becoming the country's first military vessel to make a port call in Japan in nearly 20 years. The navy has said the frigate would also visit South Korea and sail through the South China Sea, where China is building military outposts.

Schonbach said the navy may again send ships to the region in 2023, "depending on the situation in the South China Sea," and decisions made by politicians.

He also said he is considering deploying vessels in the Indo-Pacific "for one and a half to two years" in the future and having them participate in military exercises with allies during such deployment.