The Ski Association of Japan on Tuesday vowed to add to four skiing and snowboarding medals from the 2018 Winter Games during the Beijing Olympics in February.

Heading the list of athletes with high hopes is Ryoyu Kobayashi, who became the first non-European to win the men's ski jumping World Cup title in the 2018-19 season and is looking to improve on his seventh-place finish during his games debut in Pyeongchang. 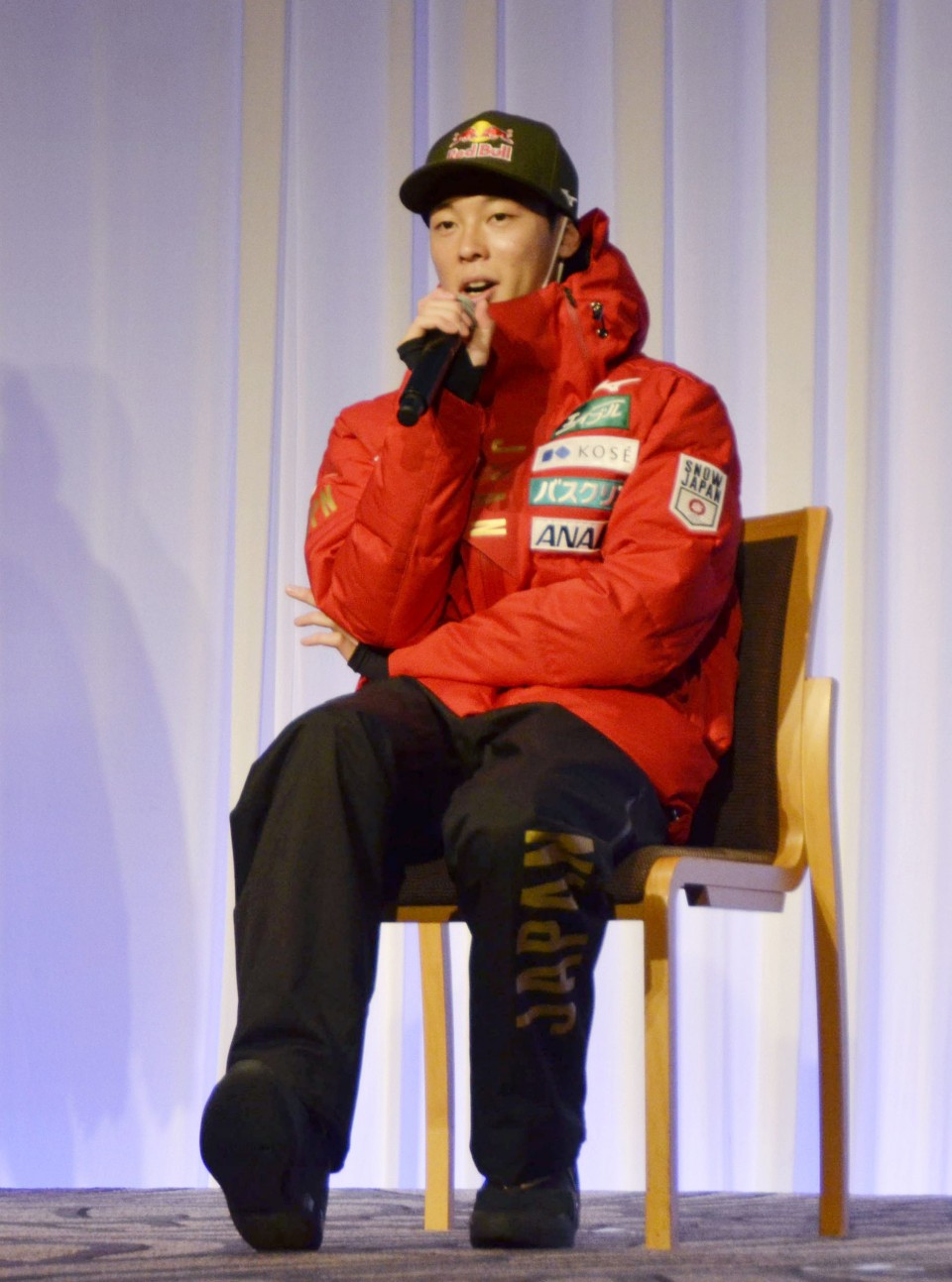 Japanese ski jumper Ryoyu Kobayashi speaks at a press conference in Tokyo on Nov. 2, 2021, ahead of the 2022 Beijing Winter Olympics. (Kyodo) ==Kyodo

While securing a win and a runner-up finish in two Ski Jumping Grand Prix events over the summer, Kobayashi has also won all the domestic competitions so far this term as he heads into the World Cup opener on Nov. 20 on form.

"I'm feeling well ahead of the winter and looking forward to Beijing," the 24-year-old told a SAJ press conference.

Japanese athletes are set to skip test events for Beijing scheduled in December having been disrupted by the COVID-19 pandemic. Kobayashi said it is a concern "not getting to know the coldness and wind," but added it is not something he is dwelling on.

Akito Watabe has won two silver medals in his four winter games appearances so far in men's Nordic combined and has his sights set on going one better in China.

"Preferably I want to get a medal that shines even brighter. I'm heading in determined to get a gold," said the 33-year-old after returning to Japan late last month following a month-long training camp in Europe.

"From my experience, test events aren't something to rely on. I'm excited to go in cold," he said.

A medal prediction released last week by Nielsen's Gracenote had three golds for Japan and they all came in either skiing or snowboarding: Sara Takanashi in the women's ski jumping joined by two snowboarders in Miyabi Onitsuka in women's big air and Yuto Totsuka in the men's halfpipe.

The SAJ handed Totsuka its top award for the 2020-21 season after the 20-year-old swept all titles before him, including the world championships in March.

"I'll roll my sleeves up in order to win all the tournaments," Totsuka, who finished 11th in 2018 on his games debut with a heavy fall in the final, said of the new season attending the award ceremony online.

"I do feel the pressure (being the world champion). But I also have great confidence and putting in my usual performance would lead me to gold."