A deputy prime minister of the Taliban's interim government in Afghanistan called on Japan's ambassador to reopen the country's embassy in Kabul when the two met in the capital of the war-torn nation on Wednesday.

The request was made when Abdul Ghani Baradar met Ambassador Takashi Okada, the Taliban said. Japan temporarily closed its embassy in Kabul on Aug. 15, the day the Taliban took effective control of the country as the United States prepared to withdraw its forces.

Japan evacuated its embassy staff from Afghanistan and moved diplomatic operations to the Qatari capital Doha.

The Taliban also said Okada conveyed Tokyo's intention to reopen its embassy if safety is assured when he met Abdul Kabir, another deputy prime minister who is in charge of political affairs, on Tuesday. 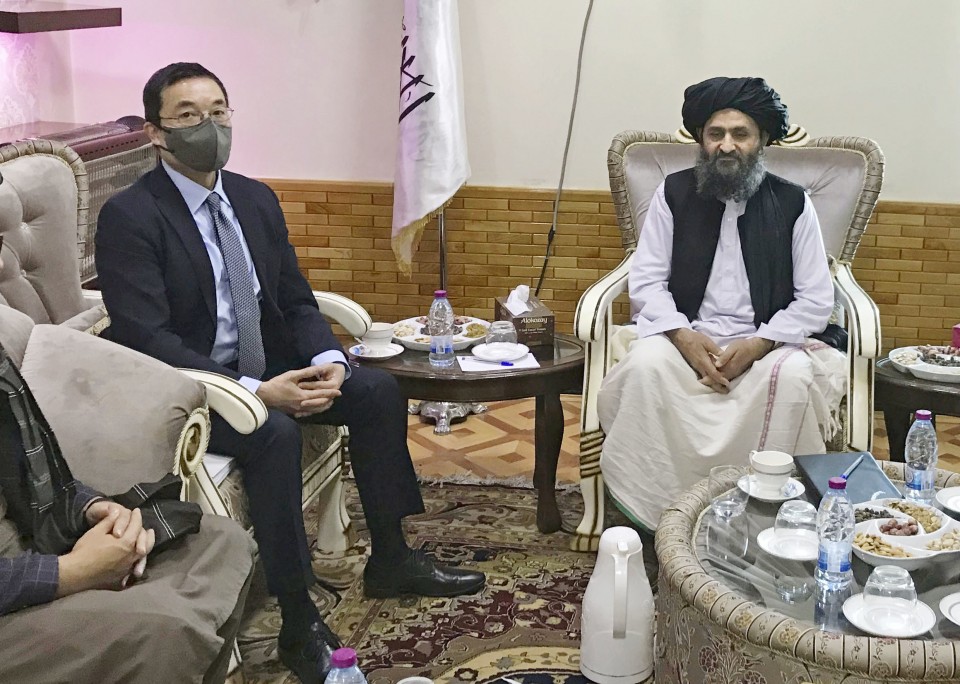 A senior Japanese Foreign Ministry official said the government is considering an option of resuming the embassy's functions with only local staff, but the timing of the resumption "needs to be coordinated with other countries."

Tokyo has made no official reference to the issue so far, with Chief Cabinet Secretary Hirokazu Matsuno telling a news conference Thursday in Tokyo, "We have no specific plans at present."

Regarding whether the Japanese government will recognize the Taliban government, Matsuno declined to comment, saying the situation in Afghanistan "remains fluid."

The Japanese Foreign Ministry announced Thursday that Okada took a four-day trip to Kabul from Sunday to meet senior Taliban officials including Baradar.

Japan will continue communicating with the Taliban "at practical levels," the ministry said in a statement, adding that Okada asked the interim government to secure the safety of Japanese nationals and local staff in Afghanistan as well as to allow their "swift and safe departure" if they request it.

Okada also sought that the Taliban respect the rights of "all Afghans including women and ethnic minorities" and build an "inclusive political system," stressing that Tokyo expects the government to take "positive action" on these issues, according to the ministry.

It was the first time such high-level talks between Japan and the Taliban in Kabul have come to light since the Taliban took control of Afghanistan in August ahead of the complete withdrawal of U.S. troops later that month.

Japan has apparently found it necessary to hold discussions with Taliban officials from the viewpoint of providing humanitarian assistance while remaining reluctant to recognize the interim government.

Last month, Okada held talks with acting Foreign Minister Amir Khan Muttaqi in Doha and asked that the safety of Afghans who worked at the embassy and organizations linked to Japan be ensured.