Kishi's visit to the frigate at a Tokyo cruise terminal was to demonstrate robust bilateral ties, according to the Defense Ministry. Japan and Germany have been deepening their defense cooperation in response to China's military buildup and assertive territorial claims in the Indo-Pacific. 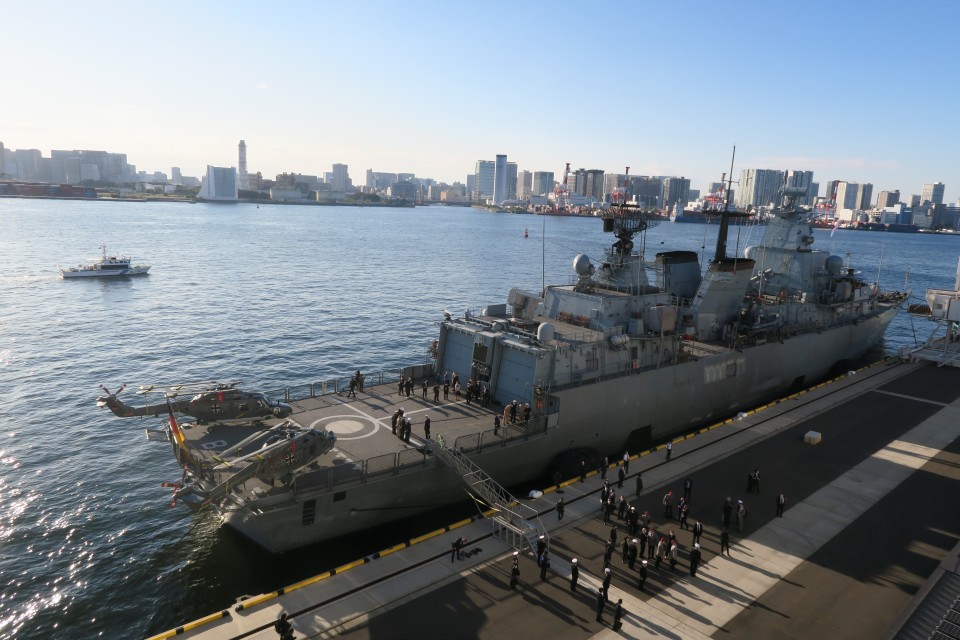 The minister hailed the port call in Japan, saying at a press conference following the inspection, "It is of great significance in showing Germany's commitment to contributing to peace and stability in this region actively."

Since Thursday, the Bayern has been conducting joint exercises with Japan's Maritime Self-Defense Force in the Pacific Ocean south of Tokyo, the ministry said. The frigate also conducted training with the MSDF in the Gulf of Aden in August.

According to the German navy, the frigate is set to visit South Korea after Japan and sail through the South China Sea, where China is building military outposts.

German Ambassador to Japan Clemens von Goetze said at the news conference the Bayern's passage through the South China Sea will "demonstrate that Germany and Japan are both committed to international law and freedom of navigation."

The envoy added the Bayern will conduct a mission for the first time later this month to monitor whether there are ship-to-ship transfers of goods by North Korea in violation of U.N. sanctions for its nuclear and missile development.

Germany has been stepping up its engagement in the Indo-Pacific region, partly propelled by Beijing's action deemed as undermining the rule of law, human rights and democracy. Berlin released its comprehensive Indo-Pacific strategy in September last year, signaling the country's shift away from a China-centered Asia policy.

Prior to the inspection, Kishi held talks with Gen. Eberhard Zorn, the German chief of Defense, who said at the outset of the meeting the Bayern deployment is "part of demonstration of our Indo-Pacific guidelines."

Kishi underscored the importance of Japan-Germany cooperation, saying, "In the East China Sea and the South China Sea, we see unilateral attempts to change the status quo based on force, and these problems are a common concern not only in Asia but also in the rest of the world, including Europe." 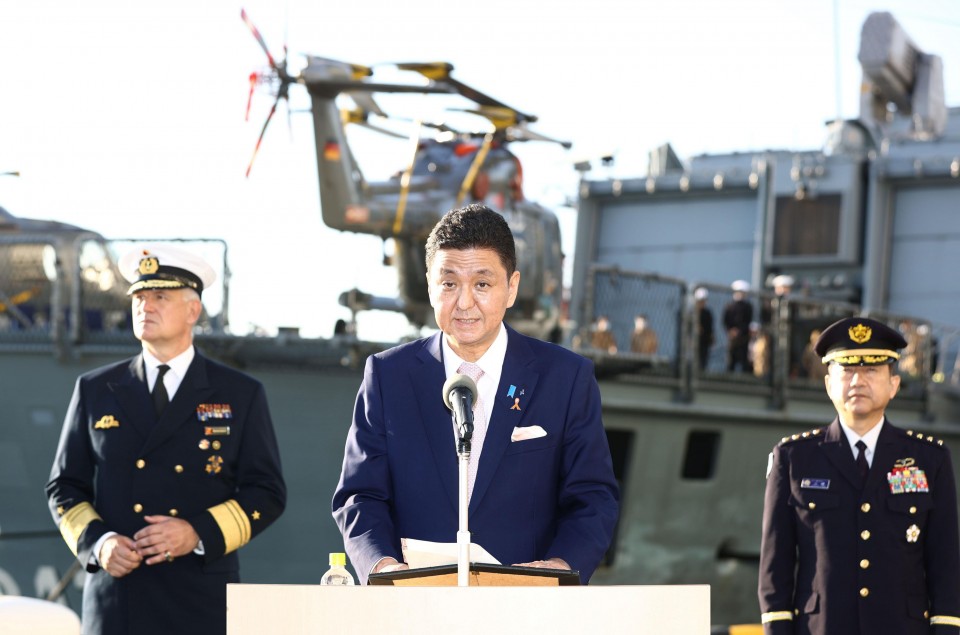 During its seven-month voyage through February, the Bayern will also visit such countries as Vietnam and Singapore. Germany plans to reinforce ties with Japan and other regional partners by upholding the freedom of navigation in international waters.

France and Britain have also sent naval vessels to the Indo-Pacific, with the three European powers eyeing closer coordination with U.S. President Joe Biden's administration, which has been stepping up pressure on an increasingly assertive China.

Although Berlin asked for a port call by the Bayern in Shanghai, Beijing rejected the request, according to German officials.