A bronze statue commemorating popular Akita dog Wasao, who earned nationwide popularity for his distinctive look and died last year, was unveiled Monday at a ceremony in Ajigasawa, northeastern Japan.

The statue of Wasao, a big white furry canine with a squinty-eyed face who earned the nickname "busa kawaii" (ugly-yet-cute), was funded by donations and set up in a roadside rest area in the town in Aomori Prefecture. 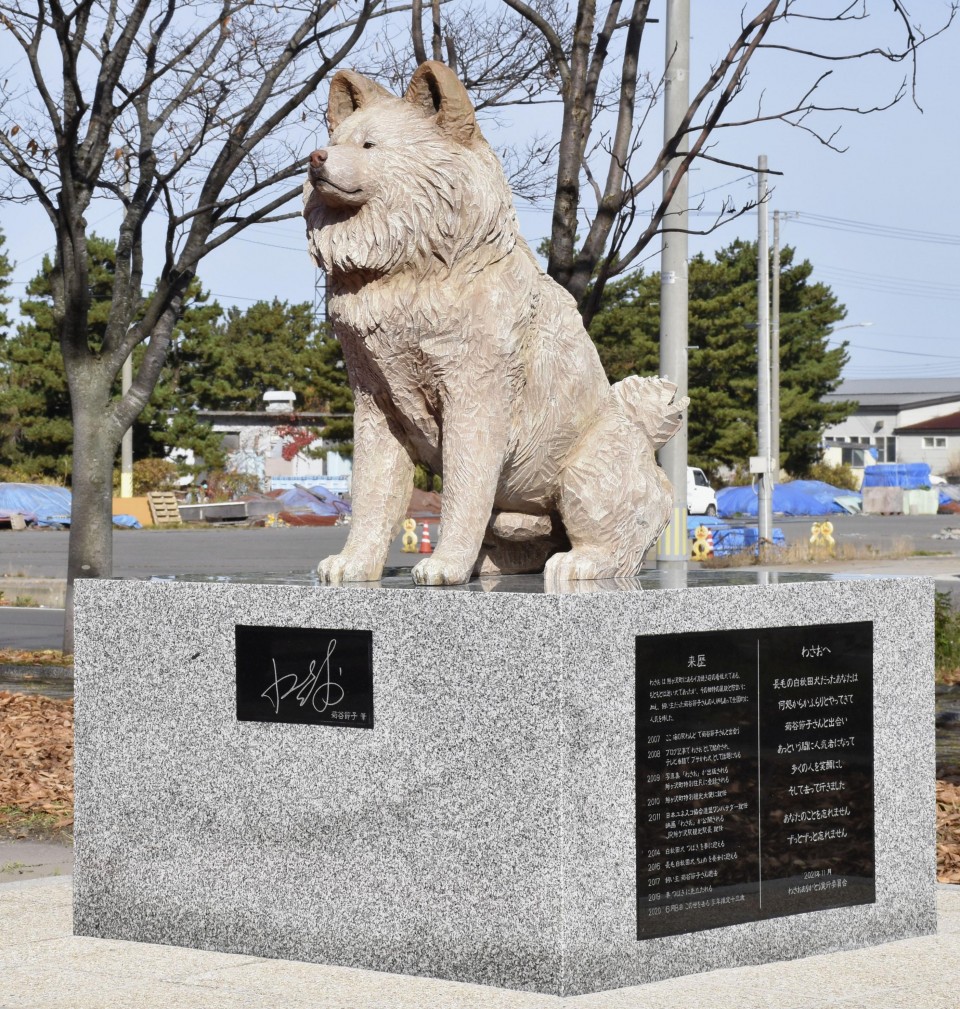 The once-abandoned dog was brought up by Setsuko Kikuya, the late mother of Wasao's owner Tadamitsu Kikuya, and served as a local ambassador and tourism stationmaster at a local train station.

After becoming an online and television sensation, a movie titled "Wasao" based on his life was released in 2011.

To give thanks for promoting the town, Ajigasawa residents began fundraising for the statue in September 2020, eventually collecting around 5.3 million yen ($47,000).

The life-size statue received enthusiastic applause when it was revealed at a ceremony.

"He was a town hero," said Ajigasawa Mayor Mamoru Hirata in a speech. "Having the statue as the town's new attraction, we hope the memory (of Wasao) will touch people's hearts and bring smiles to their faces," he said.

"It's like (the statue) is alive," said Tadamitsu who attended the ceremony. "I want people who want to cheer up to come and pet him."

Akita dog Wasao out to charm passengers as tourism stationmaster