Only one in five Japanese are satisfied with Prime Minister Fumio Kishida's plan to give every household 100,000 yen ($880) in cash and vouchers for each child aged 18 or under as part of stimulus measures to shore up the coronavirus-hit economy, according to a Kyodo News survey conducted through Thursday.

Asked what they think of the move, 19.3 percent of respondents in the two-day nationwide telephone survey said it is "appropriate," while 24.0 percent called for across-the-board handouts. 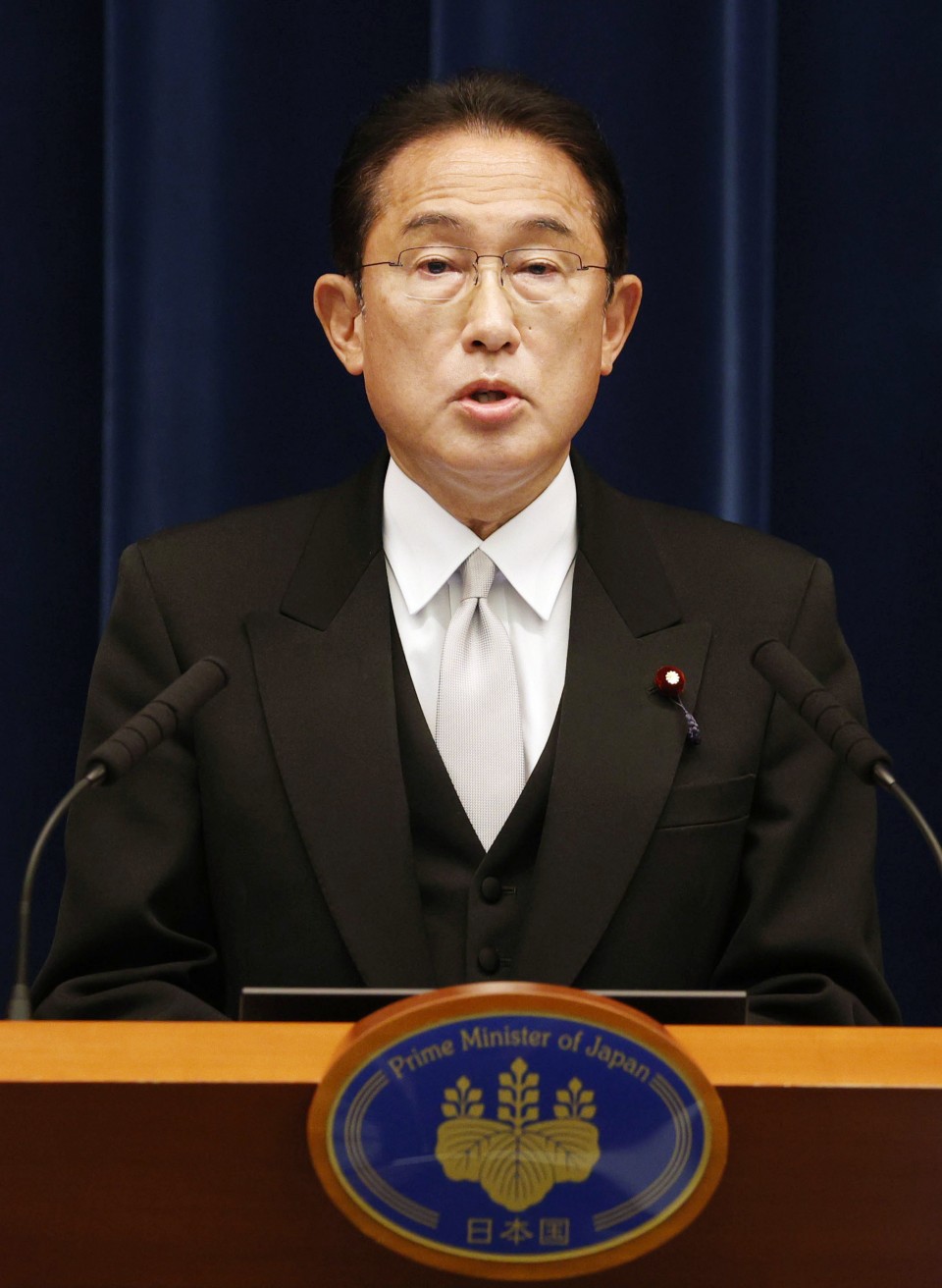 Japanese Prime Minister Fumio Kishida speaks at a press conference in Tokyo after being re-elected as the head of the government by parliament on Nov. 10, 2021. (Kyodo) ==Kyodo

Another 34.7 percent said the annual income limit to be eligible for the 100,000 yen -- below 9.6 million yen by a household's primary breadwinner -- should be lower, while 19.8 percent said there was no need for any handouts at all.

The survey results suggest that the stimulus measures, set to be finalized next week, may not significantly boost Kishida's popularity.

Meanwhile, the approval rating for his Cabinet, formed on Oct. 4 and relaunched on Wednesday, stood at 60.5 percent, up 2.4 points from the previous survey conducted immediately following the ruling coalition's victory in the Oct. 31 general election. The disapproval rating stood at 23.0 percent, down 3.8 points.

Regarding Kishida's plan to restart the government's "Go To Travel" program, meant to subsidize travel spending to help the domestic tourism industry but suspended amid concerns of spreading infections, 51.1 percent approved while 45.1 percent disapproved.

Kishida took office as prime minister after his predecessor, Yoshihide Suga, stepped down amid mounting criticism over his pandemic response.

With infections having declined and nearly 75 percent of Japan's population fully vaccinated, 58.3 percent said they think the government is doing a good job dealing with the coronavirus compared with 38.1 percent who thought it was doing poorly.

An overwhelming majority, more than 80 percent, said they are "very" or "somewhat" worried about a sixth wave of infections in the future.

Among the opposition, the Japan Innovation Party, which is riding high after nearly quadrupling its seats in the powerful House of Representatives in the general election, came away with 13.0 percent, followed by the larger Constitutional Democratic Party of Japan, which got 10.7 percent.

The Japanese Communist Party was chosen by 3.9 percent, while the anti-establishment Reiwa Shinsengumi got 2.9 percent, and the Democratic Party for the People garnered 2.7 percent. The share of respondents who said they do not support any party was 13.6 percent.