Coastal areas surrounding Tokyo are expecting the arrival of a mass of floating pumice stone created by a huge underwater volcanic eruption in August, with the material already having blanketed dozens of fishing ports and impacted marine life in the country's southwest.

According to a supercomputer-assisted forecast by the Japan Agency for Marine-Earth Science and Technology, the volcanic stones are expected to reach waters off the coasts of Chiba and Kanagawa prefectures in late November. 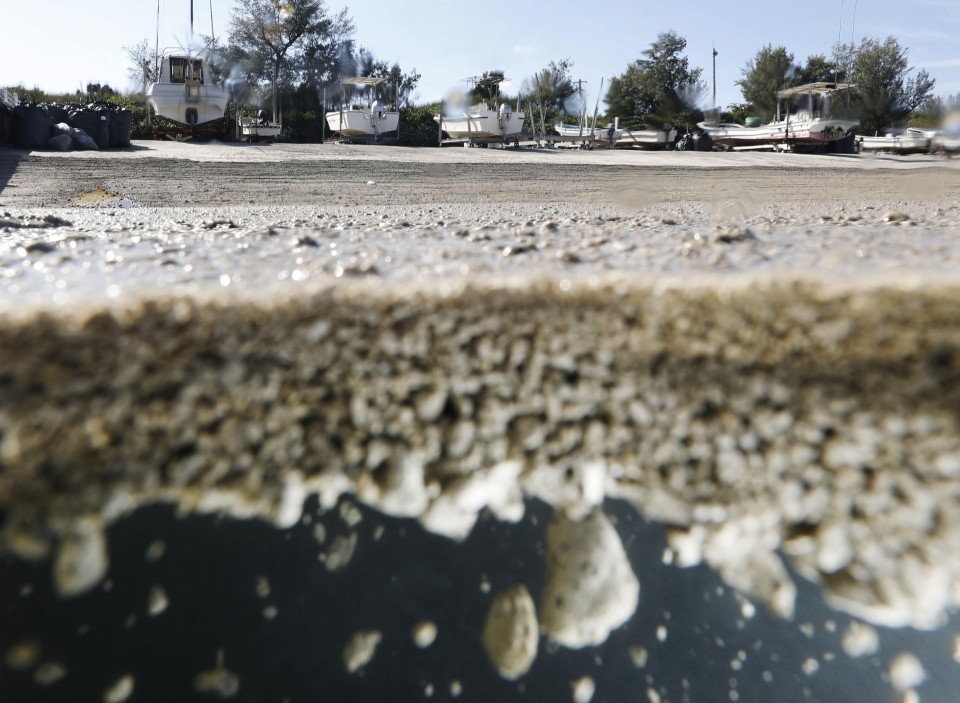 The stones are believed to have originated from the Fukutoku-Okanoba underwater volcano in the Ogasawara island chain in the Pacific Ocean. It erupted on Aug. 13 in one of the largest volcanic events seen anywhere in modern-day Japan.

The pumice patch has drifted in Pacific waters as predicted in the forecast. In early October, the stones began washing up in the southernmost island prefecture of Okinawa, more than 1,000 kilometers from the volcano. The stones were also spotted in the neighboring Kagoshima Prefecture.

In late October, the stones were found floating in waters off Kochi Prefecture in western Japan, roughly 1,000 kilometers northeast of Okinawa.

The pumice stones have caused major disruption to fishing and tourism in Okinawa and Kagoshima.

The floating pumice stones make it impossible for fishermen to operate as the material could interfere with the engines of their boats.

A Kyodo News reporter took underwater photos beneath the floating pumice at Shinzato fishing port in Okinawa on Monday, with the images showing the stones of various sizes forming a floating gray mass on the water's surface.

The layer of stones, which are soft and can be easily crushed by hand, blocks out sunlight completely and is causing concern about the impact on marine life.

As of Nov. 5, pumice has been detected in 81 ports in Okinawa and Kagoshima prefectures, leading the central government to launch a study group to determine the best way to effectively clean up the material.

The central government plans to offer financial support to fishermen affected and partly pay for the removal of the stones.

The issue has also affected tourism, with staff at a seaside resort hotel in Okinawa having been forced to remove the stones that had covered a beach and prevented guests from snorkeling.

The impact on Japan's marine ecosystems is still being assessed. On Nov. 11, a juvenile green turtle was found washed up on an Okinawa beach and taken to a local aquarium for treatment. An endangered species, the turtle died the following day and a CT scan revealed its stomach was filled with pumice.

Although the exact cause of death is unclear, the 6.5-centimeter-long turtle, likely born around the summer of this year, apparently ingested the floating stones. Local ecologist Isao Kawazu said it was unable to expel the material due to the animal's small size. 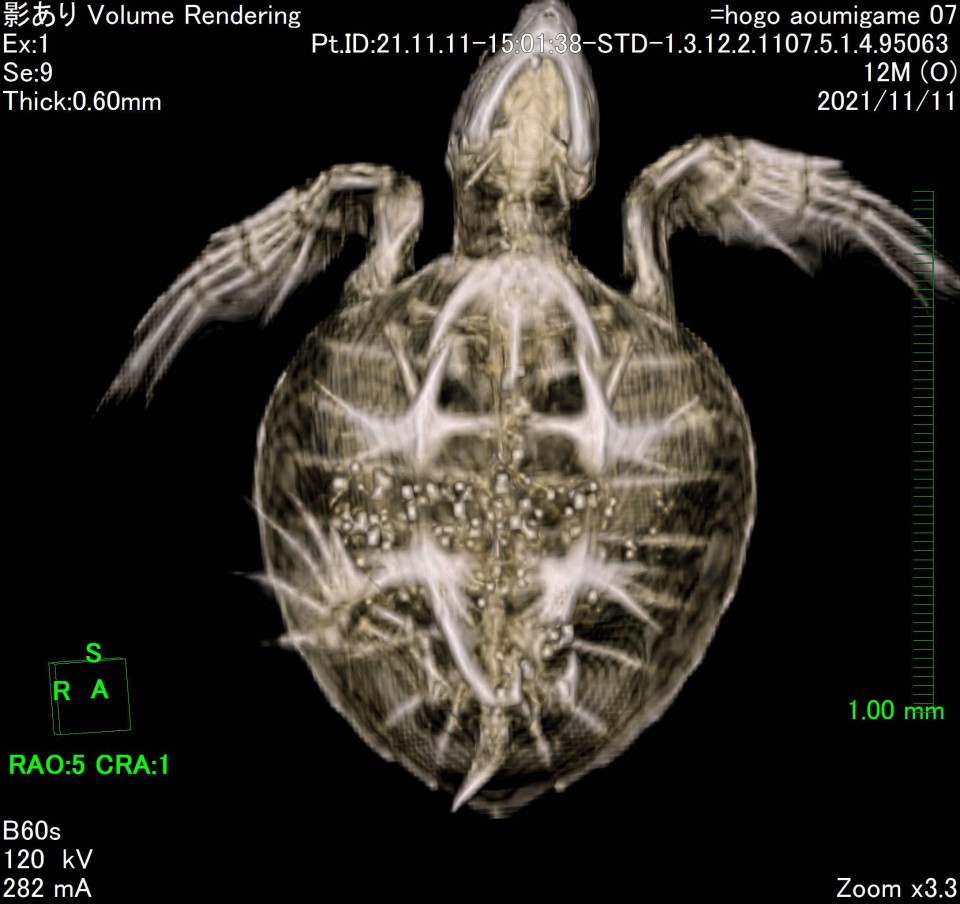 Supplied photo shows CT scan image of a juvenile green turtle. Its stomach is filled with pumice stones believed to have been created by a huge underwater volcanic eruption in August 2021. (Photo courtesy of Okinawa Churashima Foundation Research Center)(Kyodo)