A new COVID-19 strain detected in South Africa was spreading in Europe with the first cases of the highly infectious variant confirmed Saturday in Britain, Germany and Italy, prompting many countries inside and outside the region to tighten border controls.

The three countries followed Belgium, the Netherlands, Denmark and several other nations and regions outside South Africa in reporting the first cases or suspected infections of the Omicron variant. 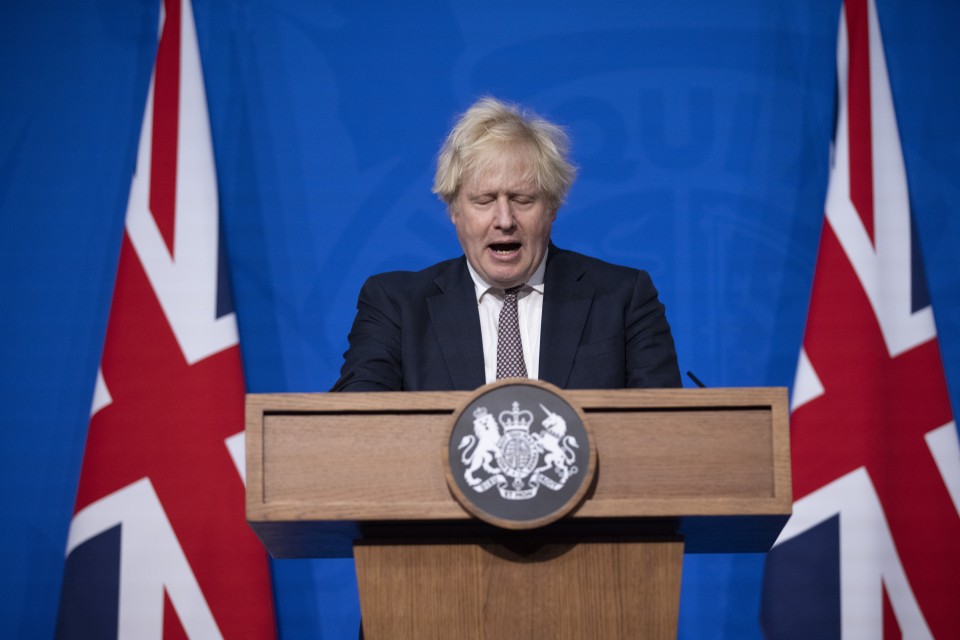 Prime Minister Boris Johnson speaks during a press conference after cases of the new Covid-19 variant were confirmed in the United Kingdom on Nov. 27, 2021 in London. (Pool/Getty/Kyodo)

The World Health Organization on Friday called on authorities around the world to be vigilant and urged them to tighten travel restrictions, as it designated Omicron as a highly transmissible "variant of concern."

British Prime Minister Boris Johnson said Saturday that restrictive measures will be implemented to contain the spread of the new variant, such as mandatory mask-wearing in shops and on public transport in England.

Among other steps, people arriving in the United Kingdom will be required to take PCR tests and self-isolate until they receive negative results, while four more African countries were added to its travel ban list.

Also on Saturday, the U.S. State Department advised against travel to South Africa and seven nearby countries, and Japanese Prime Minister Fumio Kishida said Mozambique, Malawi and Zambia would be added to Japan's list of nations subject to tighter entry rules. No cases of the Omicron variant have been reported in the two countries.

The new variant, first reported to the U.N. health agency by South Africa on Wednesday, also confirmed in Australia, Hong Kong and Israel, has 32 mutations in its spike protein, which may allow it to enter the body's cells more easily, according to Japan's National Institute of Infectious Diseases.

In the first cases reported Sunday in Australia, two travelers arriving from southern Africa were confirmed to have been infected with the new variant.

Israel banned the entry of all foreign nationals for 14 days from midnight Sunday.