Japanese paddlers advanced to the finals of the mixed and women's doubles events at the table tennis world championships in Houston on Sunday.

The world No. 20 mixed doubles pair of Tomokazu Harimoto and Hina Hayata shook off a mid-match slump to beat the China-U.S. team of Lin Gaoyuan and Lily Zhang 11-9, 11-1, 6-11, 8-11, 11-2 in their semifinal. They face all-Chinese duo Wang Chuqin and Sun Yingsha for the title on Monday. 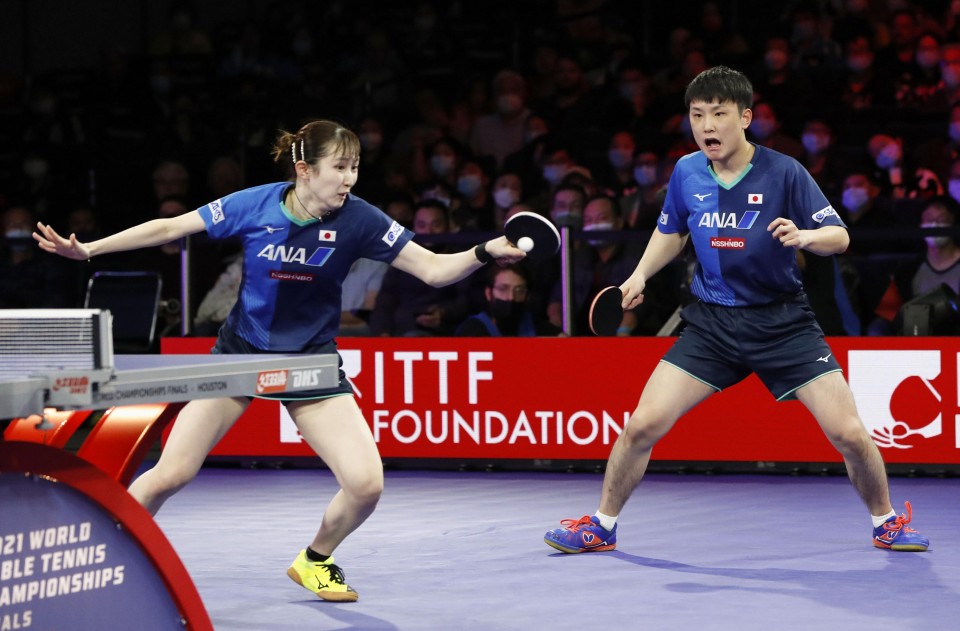 "It was a really tough match, so I'm very happy," said Harimoto. (In the final) I won't be hitting any easy shots and will be giving all I've got. I think we have a chance (to win) if each of us puts in more than 100 percent."

Lin and Zhang are one of two dual China-U.S. teams allowed by the International Table Tennis Federation to play at the world championships as a way to mark the 50th anniversary of "ping-pong diplomacy," in which there was a thaw in relations between the nations driven by exchanges and visits by table tennis players.

In the women's doubles, Japanese pair Mima Ito and Hayata defeated their Chinese opponents, Qian Tianyi and Chen Meng, 11-9, 2-11, 10-12, 11-6, 11-7 and will meet Wang Manyu and Sun Yingsha, the defending champions from China, in the final. 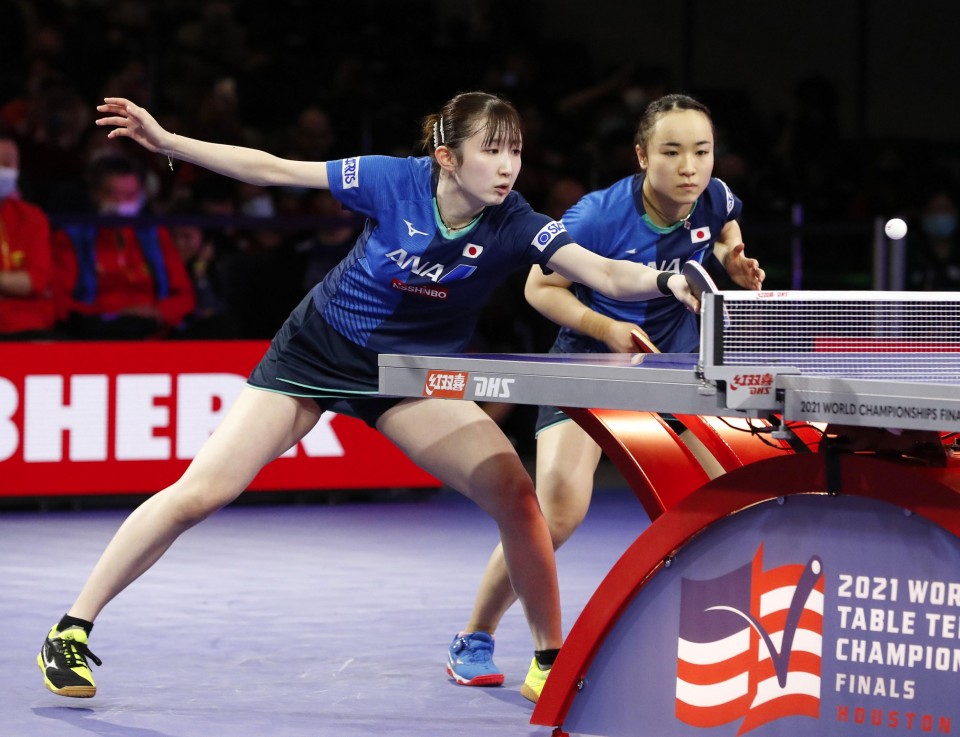 "We get to play the match we were looking forward to so this win means a lot," Ito said of what will be a rematch of the final at 2019 worlds in Budapest, in which they were beaten.

"We practiced for them a lot because we were so sure we'd face them. We want revenge for 2019," added Ito.