Japanese Foreign Minister Yoshimasa Hayashi said Wednesday that nothing has been decided on whether he will accept his Chinese counterpart Wang Yi's invitation of an official visit to China.

Japan's ruling Liberal Democratic Party has taken a cautious stance on the request as the two countries remain at odds over territorial and human rights issues. 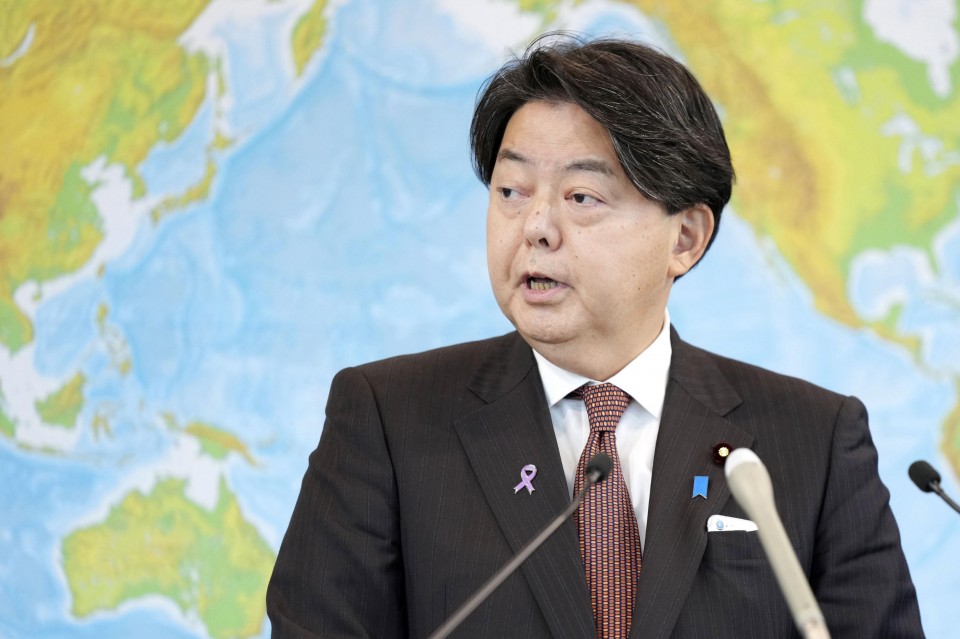 Masahisa Sato, an LDP lawmaker who heads the party's Foreign Affairs Division, said it is "a very sensitive time," although Japan and China will mark the 50th anniversary of the normalization of diplomatic relations between them next year.

Sato said the invitation should be handled carefully to avoid sending "the wrong message abroad," noting that the administration of U.S. President Joe Biden is considering a diplomatic boycott of the Winter Olympics in Beijing to protest alleged human rights violations in China's far-western Xinjiang region.

Hayashi said that Japan has yet to decide on its policy toward the Winter Games set to commence in February.

Sato also criticized the repeated intrusions of ships sent by China into Japanese waters near the Senkaku Islands, claimed by Beijing.

Hayashi said on a television program Sunday that "no arrangements are being made" with regard to him visiting China after Wang made the invitation during their phone conversation last week.

Asked about Chinese tennis star Peng Shuai, who has not been seen in public since accusing former Chinese Vice Premier Zhang Gaoli of sexual assault, Hayashi said at Wednesday's press conference that the government is monitoring the situation and "strongly hopes concerns will be dispelled as soon as possible."

"It is important that universal values of the international community such as freedom, respect for fundamental human rights and the rule of law be guaranteed in China as well," he added.

Hayashi further stressed that Japan would be "resolute in asserting what needs to be asserted" and continue to call for responsible action while promoting dialogue and cooperation with China.