A 14-year-old boy who stabbed to death a fellow student at a junior high school in central Japan on Wednesday said he had troubles with the victim and held a grudge against him, according to investigative sources.

The alleged attacker, whose name has been withheld as he is a minor, also told investigators he bought a 20-centimeter-long kitchen knife online in advance, the sources said Thursday. He is believed to have used it to stab Yuzuki Ito, also 14, in the stomach.

The attack took place at Jushiyama junior high school in Yatomi, Aichi Prefecture, at around 8 a.m. Wednesday. Ito died due to hemorrhagic shock later in the day. 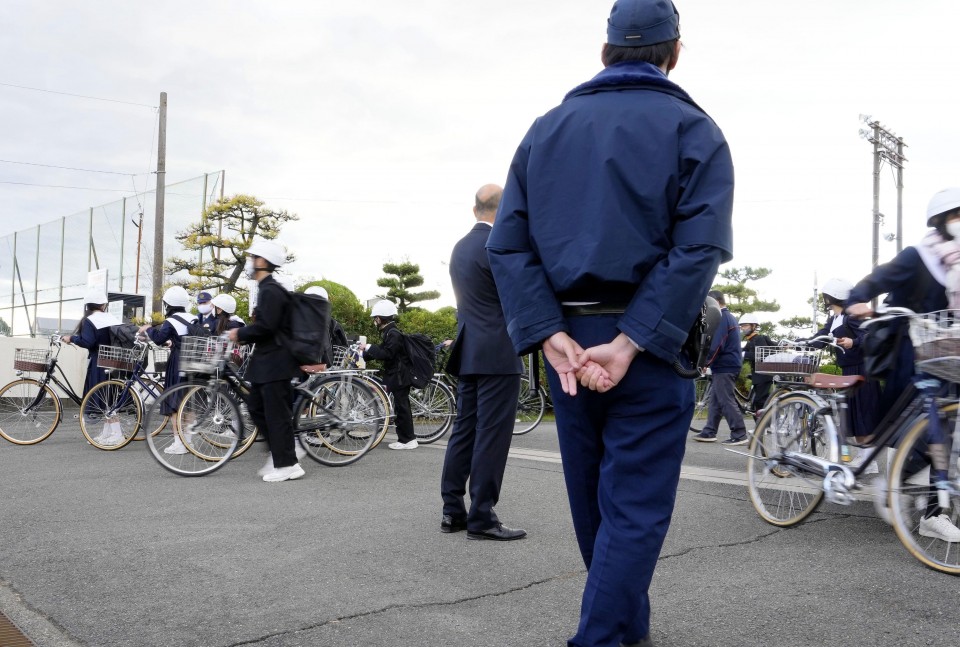 The father of the suspect told Kyodo News, "There is no information and I am confused. I cannot say anything."

Police arrested the suspect, who has admitted to stabbing Ito, on Wednesday and sent him to prosecutors on Thursday over the murder.

Investigators have been questioning other students from the school to determine whether the suspect has been truthful in the information he has given to police.

The suspect attacked Ito from the front in a hallway outside a classroom when other students were arriving. A teacher rushed to the scene after hearing a scream and grabbed the boy who allegedly attacked Ito.

The two students were not in the same third-year class at the school and belonged to different extracurricular clubs. But they were in the same class during their second year and went to the same elementary school.

On Wednesday, the local education board said that it had not been made aware of any trouble between the two boys and will establish an independent committee to ascertain what led to the incident.