Over 60 percent of respondents to a recent online survey in Japan said they believe work-related get-togethers for drinking are "unnecessary," as the COVID-19 pandemic has reduced reliance on alcohol to deepen relationships.

Those who shun so-called "nominication" -- a hybrid of the Japanese word for "drink" and "communication" -- that often signifies work colleagues meeting up over drinks, overtook supporters of the practice for the first time since Nippon Life Insurance Co. began the annual survey in 2017.

In the survey conducted in October and answered by 7,774 people, 36.9 percent said they see post-work drinks as "unnecessary," while another 25.0 percent said such events are "somewhat unnecessary." The combined percentage of 61.9 percent marked a 16.2 point increase from the previous year. 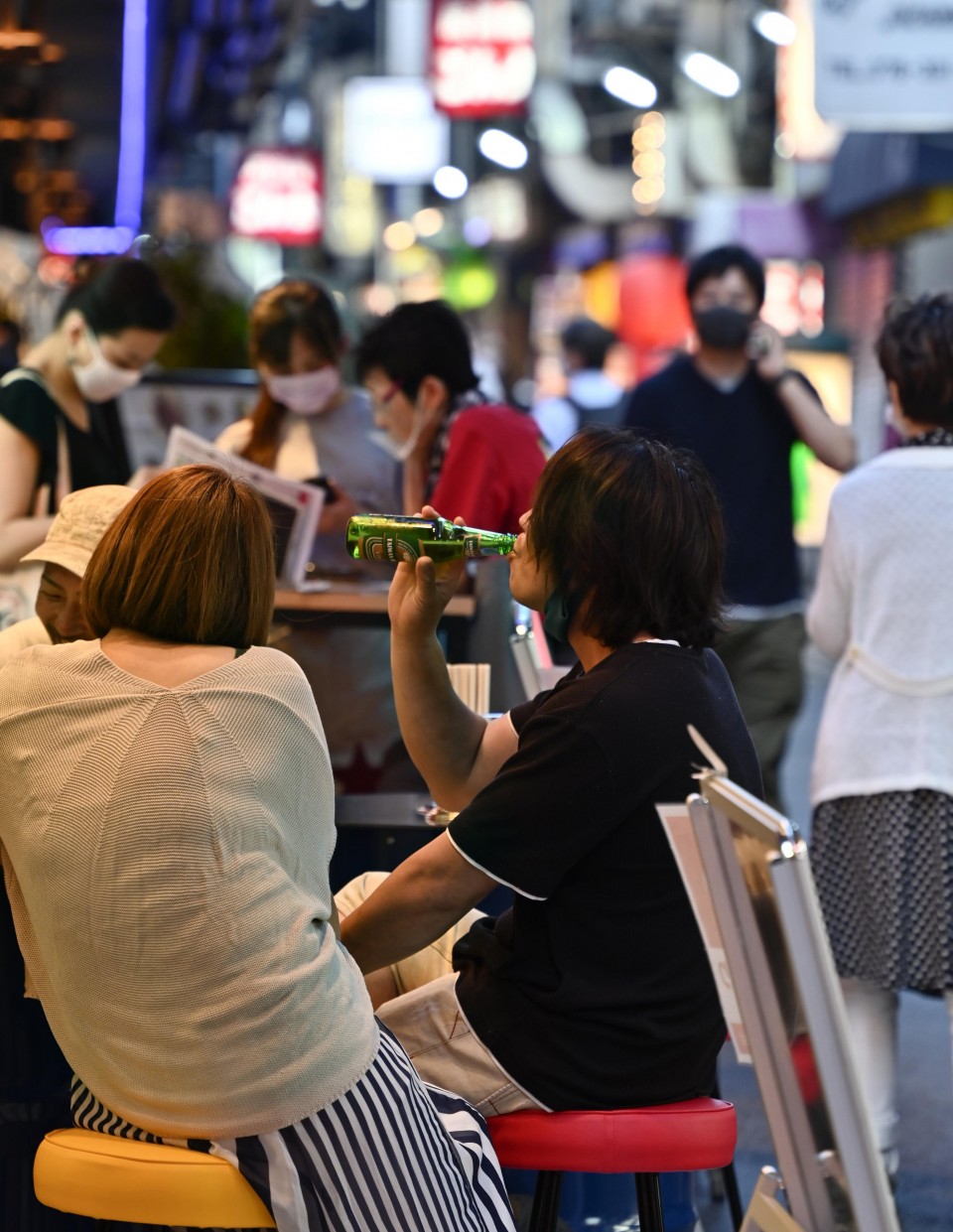 A customer drinks beer at a restaurant in Kobe, western Japan, in June 2021. (Kyodo)

The most common reason among the 61.9 percent of respondents was an aversion toward needing to be mindful or attentive during drinking sessions at 36.5 percent, followed by 29.5 percent who said they feel drinking with colleagues is an "extension of work." Another 22.2 percent answered they "do not like alcohol."

Of those who viewed nominication positively, a majority, at 57.6 percent, said it "closes the distance" with others and helps participants "discover the true feelings" of colleagues, while 38.5 percent said it serves as an occasion to "gather information.

Another 33.6 percent answered that drinking with colleagues helps "reduce stress."

"The number of people who are questioning the need to meet over drinks has risen, as they became unable to hold parties due to COVID-19," said Tomoki Inoue, a senior researcher at the NLI Research Institute.

However, support for nominication may grow again once the pandemic has died down, he added.