Film director Naomi Kawase, winner of several Cannes awards, was appointed a UNESCO goodwill ambassador on Thursday, becoming the first Japanese woman to take the position, according to Japan's permanent delegation to the U.N. organization.

Kawase, 52, also the fifth Japanese to be appointed to the role, was tapped in recognition of her film work focusing on the stories of women across the generations. She is expected to use the position to promote gender equality in the culture industries. 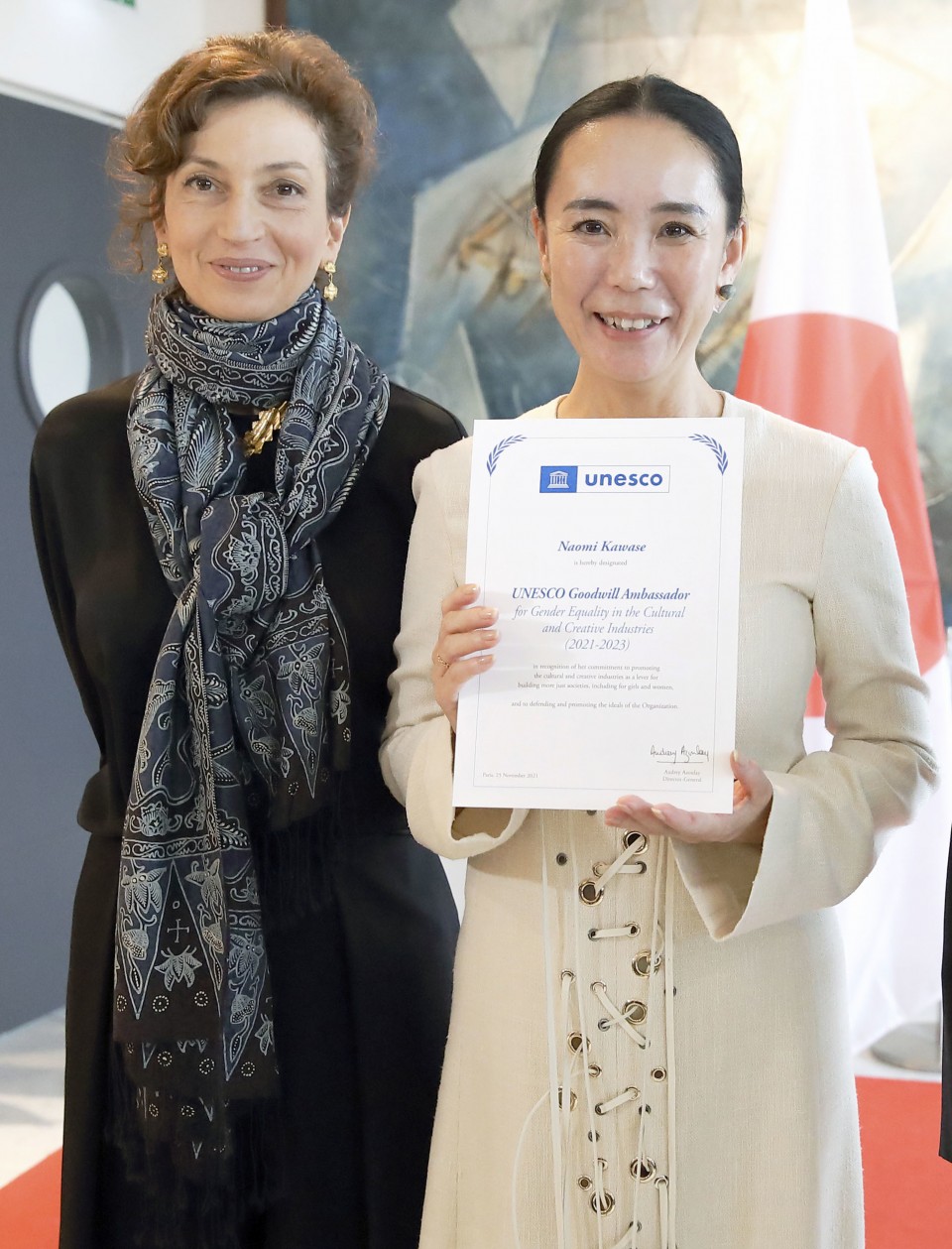 "I believe my role is to shed light on people who have not been talked about across the world and depict them on the world stage," Kawase said at a press conference in Paris upon her appointment.

At a ceremony held at the headquarters of the U.N. Educational, Scientific and Cultural Organization in the French capital, UNESCO Director General Audrey Azoulay, a former French culture minister, lauded Kawase for promoting diversity among people and cultures.

Kawase has been engaged in a UNESCO project that supports young African female filmmakers.

The Japanese director, a native of western Japan's Nara Prefecture, became the youngest filmmaker to win the Camera d'Or award for best debut director at the Cannes Film Festival for her first feature "Suzaku" released in 1997.

Ten years later, her work "The Mourning Forest" received the Grand Prix, the second-highest award behind the Palme d'Or at the Cannes festival.

In 2015, Kawase received the Knight of the Order of Arts and Letters award from the French government.

Other Japanese to have taken the UNESCO role include the late artist Ikuo Hirayama, who became the first Japanese goodwill ambassador in 1988, and Japanese singer and actor Ryotaro Sugi.

Sen Genshitsu, a former grand master of Urasenke, one of the leading Japanese tea ceremony schools based in Kyoto, has been serving as goodwill envoy since 2012.