The couple will be joined by Yuma Kagiyama and Shoma Uno, who earned two of the six men's singles spots, and Kaori Sakamoto, the only female singles skater from Japan to clinch a spot, in the Dec. 9-11 event in Osaka. Japan did not qualify in ice dancing. 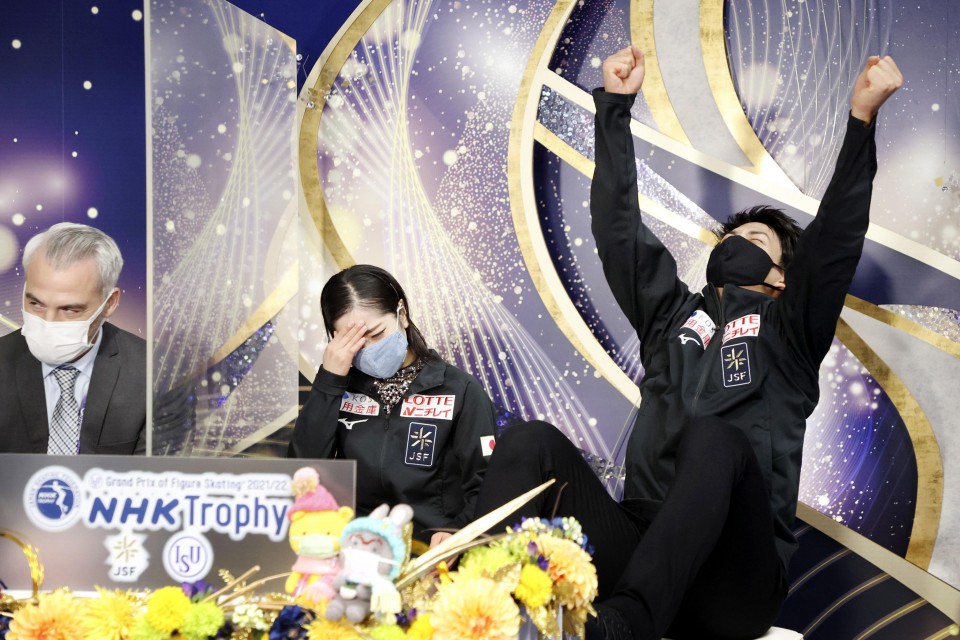 Riku Miura and Ryuichi Kihara of Japan celebrate their score at the kiss and cry with their coach Bruno Marcotte after competing in the pair free skating during the ISU Grand Prix of Figure Skating - NHK Trophy at Yoyogi National Gymnasium on Nov. 13, 2021 in Tokyo, Japan.  (ISU/Getty/Kyodo)

The Final fields were set after the conclusion of the Rostelecom Cup in the Russian city of Sochi on Saturday, where Georgia's Morisi Kvitelashvili and Russia's Kamila Valiyeva took the men's and women's titles, respectively.

The Rostelecom Cup was the sixth and last event of the ISU Grand Prix series. Skaters are awarded points based on their placements at their assigned two Grand Prix events and the top six in each of the four disciplines advance to the Final. 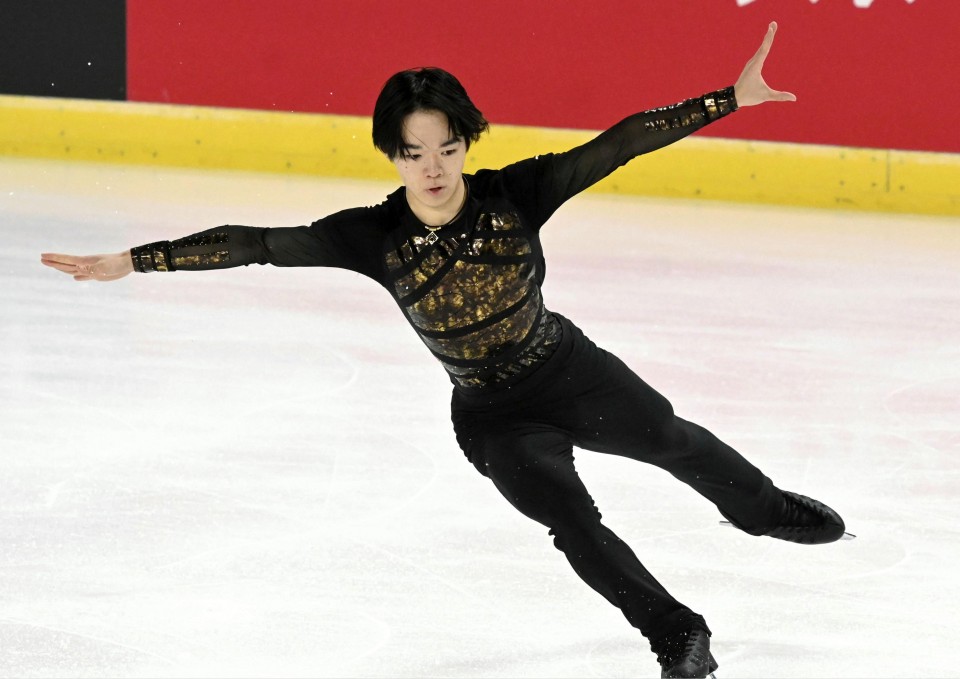 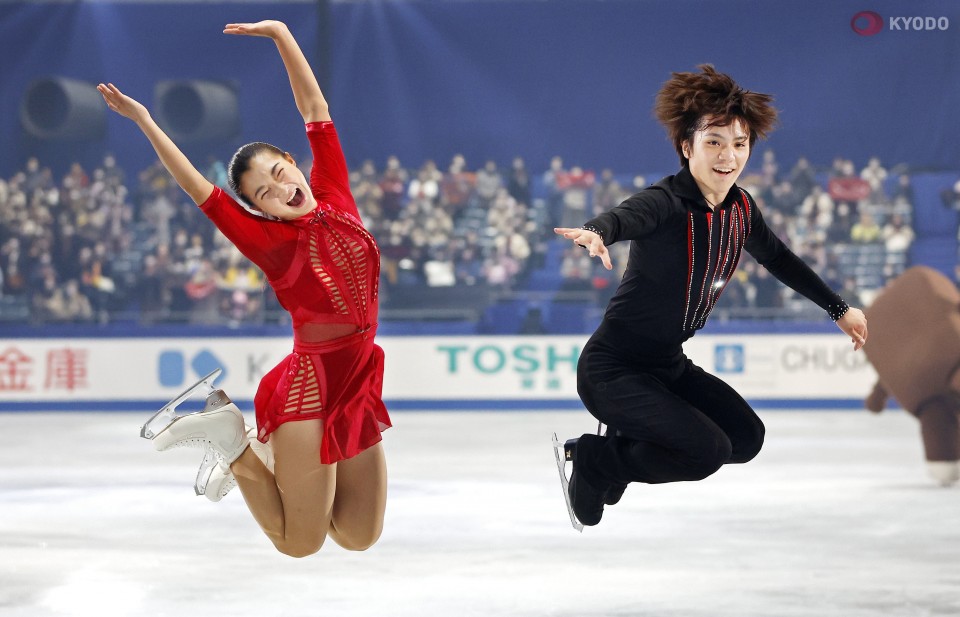 NHK Trophy winners Shoma Uno (R) and Kaori Sakamoto, both of Japan, jump at the finale of the exhibition gala at Yoyogi National Gymnasium in Tokyo on Nov. 14, 2021. (Kyodo) ==Kyodo