Taiwan Semiconductor Manufacturing Co. announced on Tuesday that it will build a $7 billion plant in Japan's southwestern prefecture of Kumamoto to help meet the global shortage of semiconductors.

Construction is scheduled to begin in 2022 with production targeted to begin by the end of 2024, TSMC said in its joint announcement with Sony Semiconductor Solutions Corp., which will be a minority shareholder in the business. 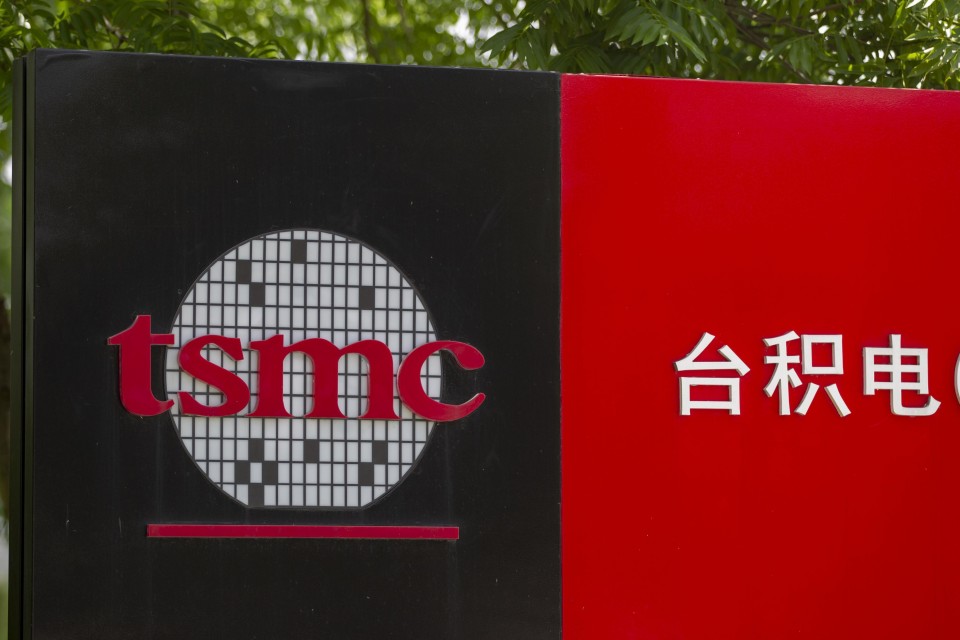 A sign for Taiwan Semiconductor Manufacturing Company (TSMC) is pictured on May 13, 2020 in Shanghai, China. (VCG/Getty/Kyodo)

The foundry, which will utilize 22-nanometer and 28-nanometer processes, is expected to have a monthly production capacity of 45,000 12-inch wafers.

Sony will invest some $500 million in the TSMC subsidiary, which will be called Japan Advanced Semiconductor Manufacturing Inc., representing an equity stake of less than 20 percent.

The project, supported by the Japanese government, is expected to create about 1,500 jobs for high-tech talent, the two companies said.

TSMC CEO C.C. Wei said, "We are pleased to have the support of a leading player and our long-time customer, Sony, to supply the market with an all-new fab in Japan."

Expecting the global shortage of semiconductors to continue, Terushi Shimizu, president and CEO of the Sony Corp. subsidiary, said he expects the partnership with TSMC will secure a stable supply of logic wafers.

"We believe that further strengthening and deepening our partnership with TSMC, which has the world's leading semiconductor production technology, is extremely meaningful for the Sony Group," he said.

TSMC eyes building Japan plant in 2022, start of operations in 2024