Japan may host next in-person Quad summit next spring: sources

The leaders of Japan, the United States, Australia and India may hold their second in-person summit in Japan next spring, according to sources familiar with the matter, in a show of strengthening ties among the "Quad" members amid China's growing assertiveness.

The Japanese government has sounded out the idea of hosting the talks, the sources said. If realized, it will be the first time for Japanese Prime Minister Fumio Kishida, who took office in October, to attend such a gathering. 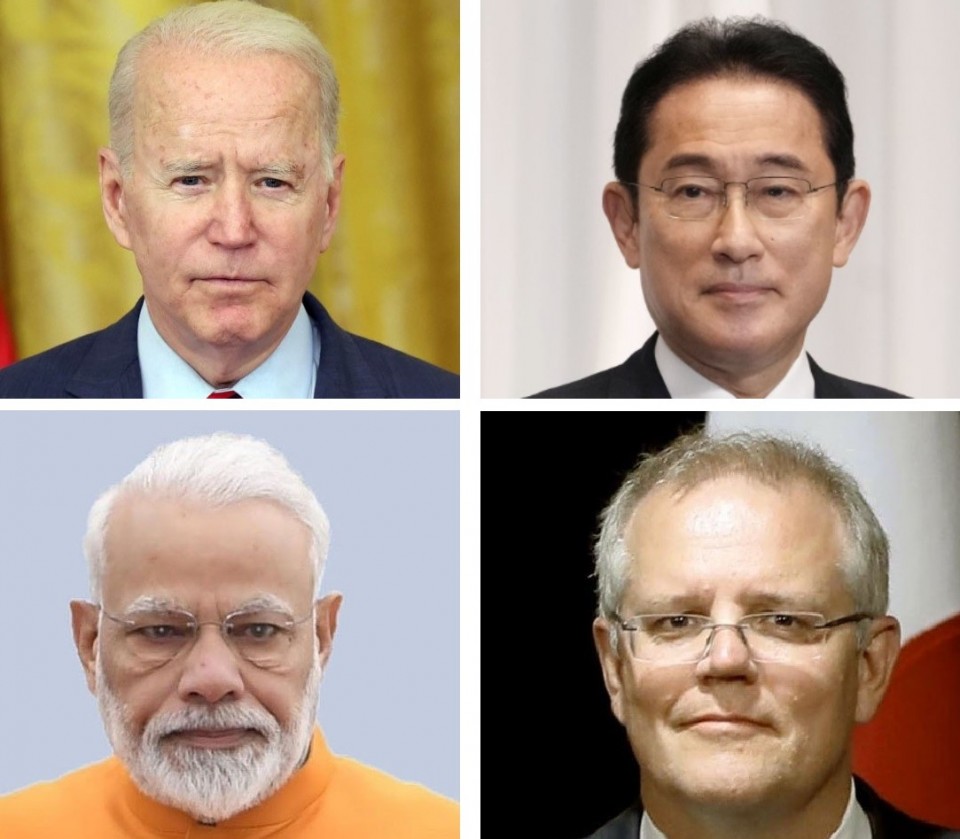 During their first in-person meeting in September in Washington, the leaders of the four countries committed to a "free and open Indo-Pacific" and agreed to hold a Quad summit annually.

Kishida has been calling for strengthening economic security by building resilient supply chains of critical technologies, among other measures. Beefing up cooperation among the Quad members in the area is likely to be a key focus when the summit takes place.

The administration of U.S. President Joe Biden has elevated the engagement of the four major Indo-Pacific democracies to the leaders' level as it seeks to rally U.S. allies and like-minded countries to counter China's rise.

In March, they held their first summit in virtual format amid the coronavirus pandemic and gathered in person in September.

The areas they have agreed to cooperate on have expanded, ranging from COVID-19 vaccine production and infrastructure development in the region to supply-chain security for semiconductors.