The Constitutional Democratic Party of Japan's leadership election is expected to be a four-way race later this month as two more lawmakers on Thursday announced they will run and attempt to revive the fortunes of the nation's main opposition party.

Junya Ogawa, 50, a former parliamentary vice minister for internal affairs and communications, and Chinami Nishimura, 54, a former senior vice minister of health, labor and welfare, declared their candidacies to succeed Yukio Edano, who resigned as party leader after a poor showing in the recent general election.

CDPJ policy chief Kenta Izumi, 47, and Seiji Osaka, 62, a former special adviser to the prime minister, have already announced their respective bids ahead of the start of campaigning on Friday. 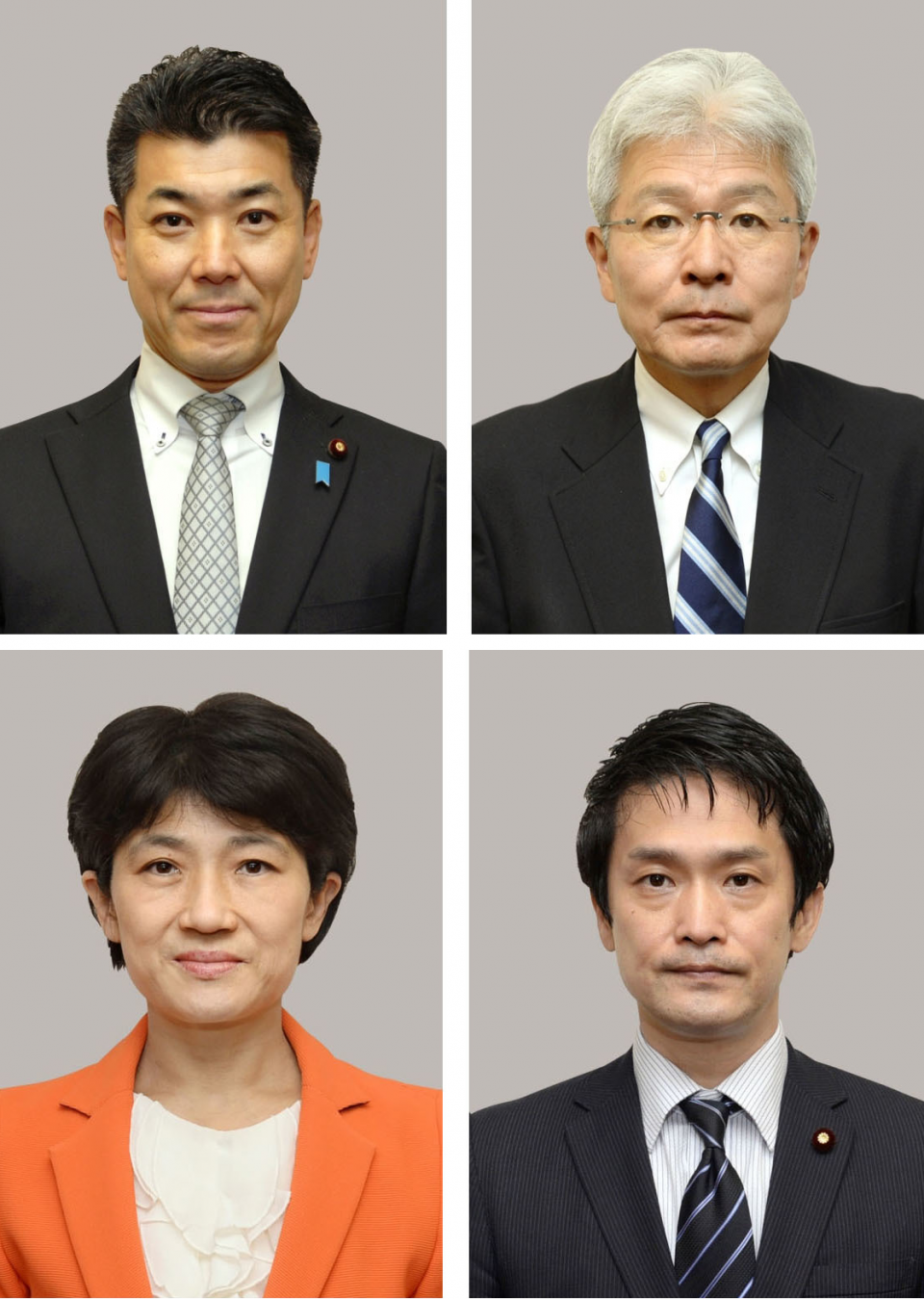 At a press conference, Ogawa, who is serving his sixth term as a member of the House of Representatives, said, "We need to expand our support base to take power. It is necessary to gain the trust and sense of affinity from conservative voters."

Whoever is chosen will be tasked with reforming the CDPJ and leading the party into the House of Councillors election next summer.

Nishimura, the sole female candidate among the four, said she managed to secure the prerequisite endorsements from 20 fellow CDPJ lawmakers, which she had yet to obtain the previous day when she announced at a press conference her desire to run in the Nov. 30 election.

"I will stand at the forefront to help people who face difficulties due to the novel coronavirus pandemic and to reduce unfairness in society," Nishimura told reporters.

To declare candidacy in the party leadership race, one must obtain endorsements from at least 20 Diet members, while local assembly members and rank-and-file party members will cast their votes in addition to lawmakers.

If none of the candidates secure a majority vote in the initial voting, the top two candidates will face each other in a runoff.

The election was called as Edano announced his resignation after the party failed to make expected inroads in the Oct. 31 House of Representatives election, instead losing 14 seats that it held pre-election to drop to a 96-seat total.

The disappointing outcome raised questions about Edano's leadership and strategy of working with other opposition parties, including the Japanese Communist Party, in the election to field single opposition candidates in hopes of better challenging candidates backed by Prime Minister Fumio Kishida's ruling Liberal Democratic Party-Komeito coalition.