British Prime Minister Boris Johnson said Tuesday that he is "cautiously optimistic" after a U.N. climate summit, although there is "still a very long way to go" on tackling climate change.

Speaking to reporters at the close of the leaders' session of the summit, Johnson said "some progress has been made," citing agreements concluded by world leaders to reduce methane emissions and halt deforestation. 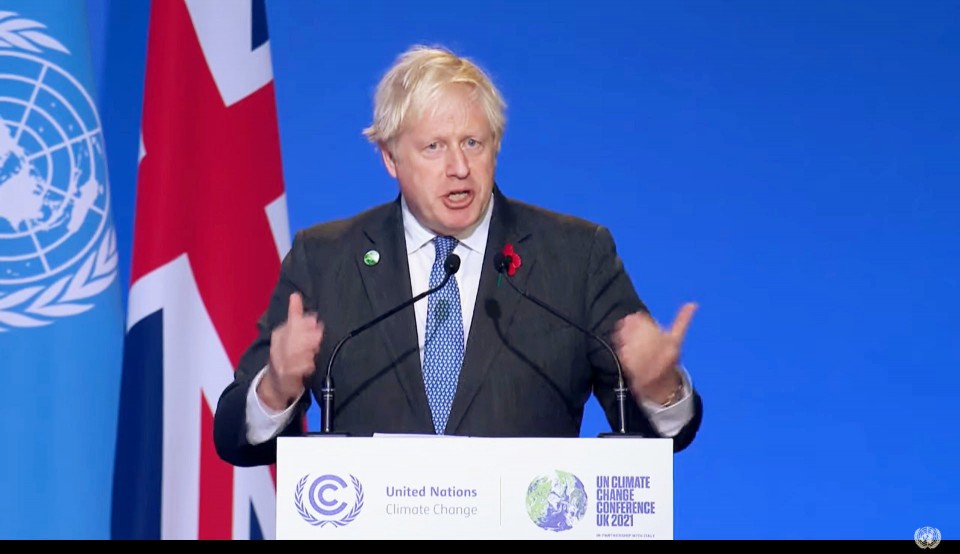 He also hailed a "big commitment" made by Japan to provide up to $10 billion in additional funds to help Asian countries achieve zero carbon emissions targets, while stressing that wealthier nations needed to do more to support developing countries in combating the environmental crisis.

Expectations had been tempered ahead of the two-week conference, known as COP26, following a Group of 20 summit held at the weekend in Italy, where leaders stopped short of firm commitments on climate change.

But Johnson, who is hosting the climate summit, said talks among world leaders had created "a sense of how actually you can deliver" cuts in carbon emissions.

At the same time, he warned that pledges made at the summit must be followed by "real action."

Asked whether COP26 negotiations could succeed despite the absence of Chinese President Xi Jinping, the leader of the world's largest carbon dioxide emitter, Johnson said that Chinese delegates were engaged with talks and there have been "some signs of progress," including Beijing's commitment to reach zero carbon emissions by 2060.