The northern Japan city of Sapporo intends to review its bid for the Winter Olympics and Paralympics in 2030, looking to reduce costs by up to 90 billion yen ($790 million) or 20 percent of the total, sources familiar with the plan said Saturday.

Sapporo, which hosted the 1972 Winter Olympics, decided to drastically slash the cost of holding the Winter Games in light of criticism of the snowballing expenses incurred by the Tokyo Games this summer. 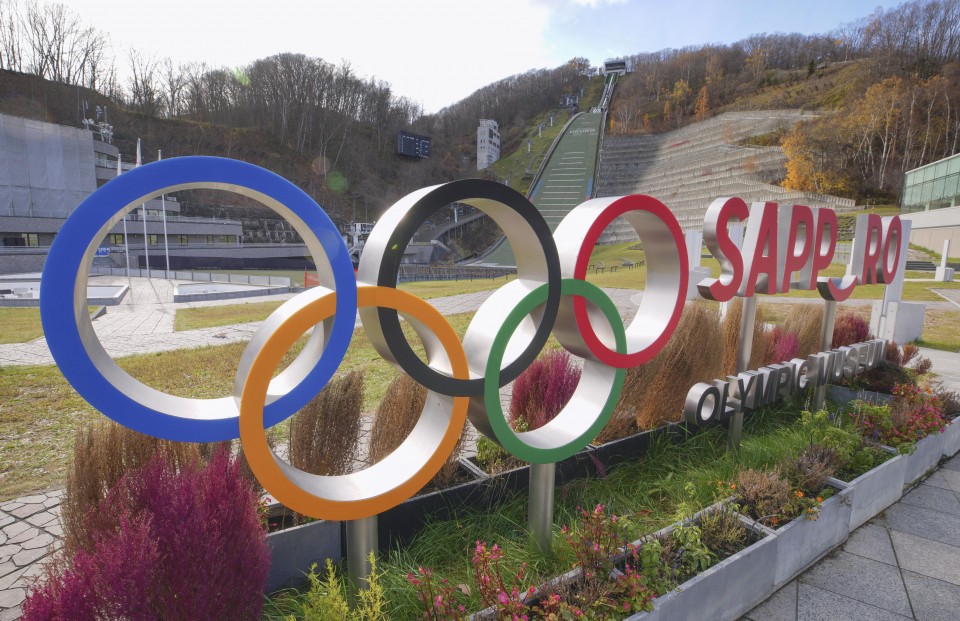 The Olympic symbol is seen in front of the Sapporo Olympic Museum on Nov. 12, 2021. (Kyodo)

The estimated cost of Sapporo hosting the Winter Games will likely be 280 billion yen to 300 billion yen after the plan is streamlined, the sources said.

Behind the cost reduction is the International Olympic Committee's recommendation to use existing facilities amid the global trend to reduce the burden of hosting the Olympic Games.

According to the sources, Sapporo will seek to avoid constructing new facilities that are likely to become unnecessary after the games, while also reviewing personnel numbers.

After a powerful earthquake hit Japan's northernmost main island of Hokkaido in 2018, the prefectural capital was forced to change its bid to the 2030 winter Games.

Under the plan, some events of the games will be held in Obihiro, east of Sapporo, as well as Nagano, the host city of the 1998 Winter Games.