Japan's Nao Kodaira came second in the World Cup opener on Friday in the women's 500 meters, with Tatsuya Shinhama also claiming a runner-up finish in the men's race over the same distance.

Kodaira, the 2018 Winter Olympics gold medalist, clocked 37.74 seconds, falling 0.13 behind American winner Erin Jackson who claimed her first win in the World Cup at the meet in Poland. 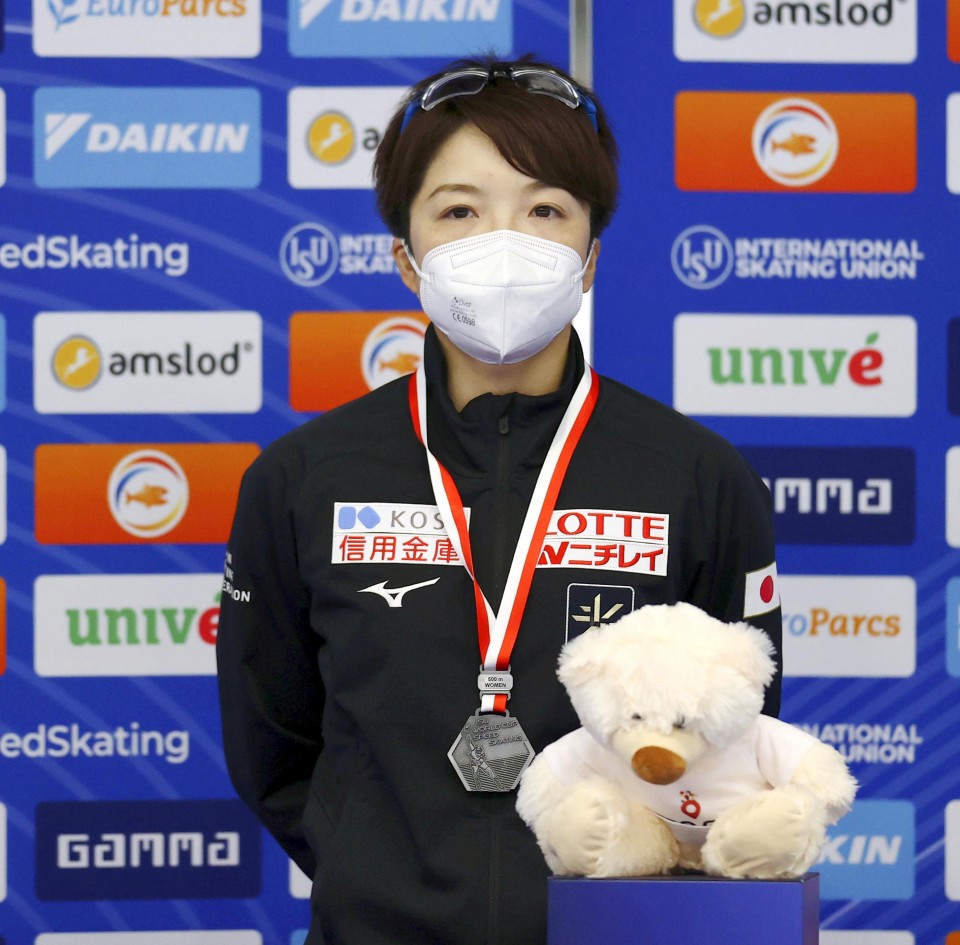 Nao Kodaira of Japan poses with the silver medal after the victory ceremony in the 500m Women Division A during Day 1 of the ISU World Cup Speed Skating at Arena Lodowa on November 12, 2021, in Tomaszow Mazowiecki, Poland. (International Skating Union/Getty/Kyodo)

But Kodaira expressed her satisfaction with her first international outing in two seasons. "I could really enjoy the race," said the 35-year-old veteran as she bid to make the Beijing Games in February free of the groin issues that troubled her last term.

On a rink where were good times were in short supply on the day, Kodaira made a strong start to the race and improved her title-winning record at the venue in Tomaszow Mazowiecki from two years ago when the event was held there for the first time.

"I had a really good sense of tension going into the first international meet in a while," she said. "I believe I'm making progress in getting my best time here."

Shinhama had to get his fitness back quickly after being sidelined with a cold for two days during a training camp in Germany. The 25-year-old gave himself a pass mark for his effort as he hopes to make his Olympic debut in Beijing.

"I just thought about giving all I have, my style of skating. It was great to come second," he said, in what was also his first international meet in almost two years.

"I was a bit anxious at the start, feeling as if I didn't have my feet on the ground for the first time in a while...I felt I need to gradually raise my level in order to be at my peak condition at the Olympics."