Chinese President Xi Jinping's push to achieve "common prosperity," aimed at reducing income gaps at home, has sparked concern among Japanese companies that the most populous country would become a less attractive market in the future.

Since Xi earlier this year declared the ruling Communist Party had reached its long-held goal of building a "moderately prosperous society," his leadership has apparently started to levy severe restrictions on the rich in a bid to rectify economic inequality. 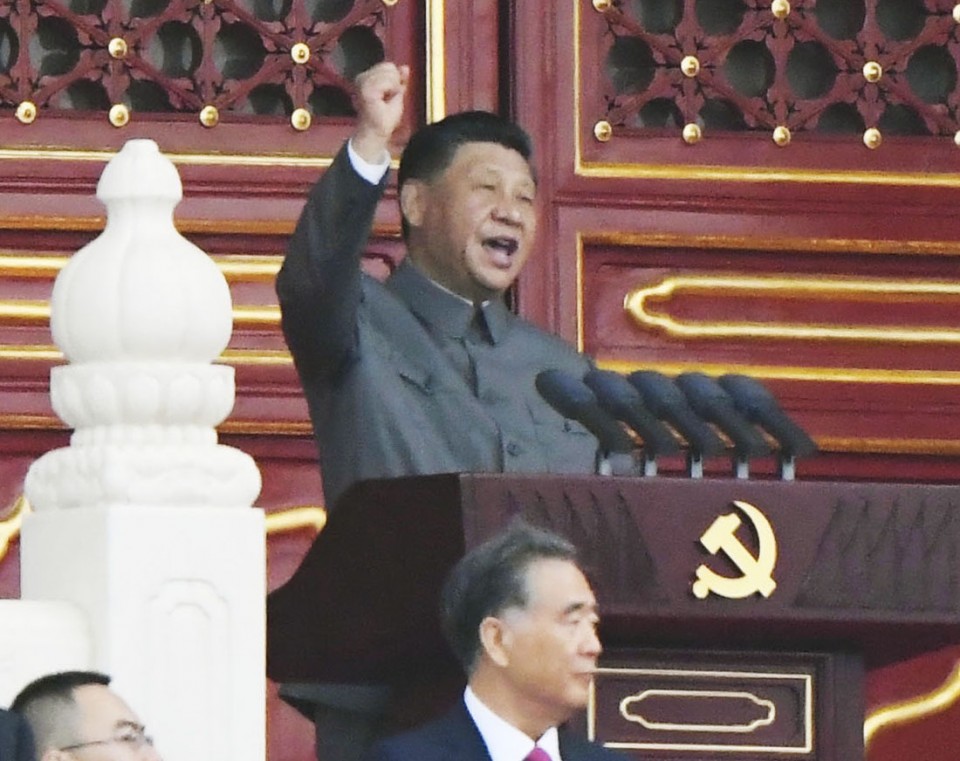 In Shanghai, the annual China International Import Expo is slated to be held for six days through Nov. 10, as Xi has been trying to show the world its commitment to free trade with economic and technology tensions with the United States escalating.

But Japanese businesspeople working in China say they have been disappointed with Beijing's current policy direction, which might stifle spending and investment by the Chinese wealthy and in turn could hamper the nation's economic expansion across the board.

"Should the Communist-led government focus too much on income distribution by siphoning money from the rich, the number of those who want to buy our products would definitely decrease in China," said Kazuya Nakayama, an employee of a Japanese manufacturer.

"Our best scenario is that the Chinese economy would continue to grow and the country's affluent people would further increase their purchasing power. If the Chinese market becomes more socialistic, we may have to reconsider our business strategy," he added.

In his one-hour keynote speech to commemorate the 100th anniversary of the ruling party's founding on July 1, Xi said, "A moderately prosperous society has been built in all aspects," emphasizing all citizens now can enjoy a comfortable life in China.

Xi had pledged to realize a moderately prosperous society, defined by Beijing as doubling its 2010 gross domestic product and per capita income by 2020. The goal was originally set by former Chinese leader Deng Xiaoping in 1979.

Since Xi's declaration, the Chinese government has been bolstering regulations on the internet, education, entertainment and real estate -- areas which especially benefited the wealthy with the nation's economy sharply growing.

The Communist Party has been tightening surveillance of the country's IT giants to curb their monopolistic behavior and disorderly capital expansion, fanning fears that innovation of the Chinese high-tech industry would be impeded.

Chinese big enterprises and business leaders also appear to be compelled by the central government to share their profits for the common good by taking steps such as making donations and providing social supports to narrow income disparities.

Alibaba Group Holding Ltd., China's major IT firm that has grown into one of the world's largest e-commerce businesses, actually promised to contribute 100 billion yuan ($15.6 billion) by 2025 to promote common prosperity, state-run media reported in September. 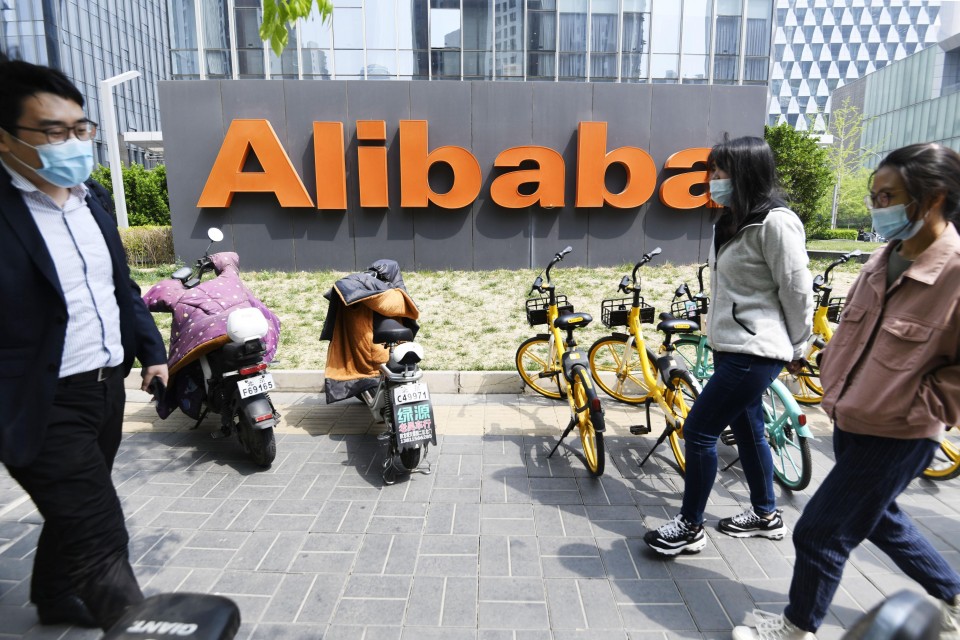 Photo taken on April 15, 2021 shows the Alibaba logo in front of the group's building in Beijing. (Kyodo)

While implementing several measures targeting tutoring agencies with an eye on lessening the heavy academic burden on children and addressing unfair competition, Chinese authorities have begun to crack down on the entertainment sector.

As performance fees of movie stars have been surging with the entertainment market booming in China, Xi's leadership is believed to be imposing strict controls on tax evasion and other crimes by those who are regarded as symbols of the wealthy.

Moreover, China's top legislature adopted a decision to roll out a pilot real estate tax in some regions in an attempt to facilitate steady and sound development of the nation's property market, the official Xinhua News Agency reported late last month.

The controversial move is expected to prevent real estate prices from spiking and to help local governments, which have been struggling with fiscal woes, boost their tax revenues, but it is also certain to put an enormous burden on property owners.

"Minimizing use of income from capital for luxury consumption, rather than property income being used for investment, is a very serious economic issue both in the U.S. and in China," said the Global Times, a tabloid of the Communist Party.

Common prosperity is "in line with both the facts of economic development and with economic theory," the newspaper added.

Many analysts, however, are skeptical about whether the concept of common prosperity will really prompt economic development in China, given that excessive restrictions would make the wealthy more reluctant to consume and invest.

Takashi Watanabe, a worker at a Japanese electric machinery maker operating in China, echoed the view, saying, "If Chinese rich people shy away from spending, it would be difficult for the world's second-biggest economy to maintain its growth momentum."

Although Xi has committed to pushing a market economy under the policy of "reform and opening-up," Japanese firms would be "forced to seek other attractive investment destinations than China if he puts priority on common prosperity," Watanabe said.

In fact, some Japanese enterprises are already keen to exit the Chinese market with a population of 1.4 billion, a real estate broker in Beijing said.

"I have recently heard from Japanese companies that they want to sell their properties in China as soon as possible. It seems that they are gravely worried about the future course of the Chinese economy," the broker said.

Naoto Takeshige, a researcher at the Ricoh Institute of Sustainability and Business in Tokyo, said, "An era in which China enjoyed high economic growth is approaching a turning point."

"We will need to monitor where the great power is going next more closely than ever," he added.