Yokozuna Terunofuji said Monday he has no plan to let up after winning his sixth top-division championship at the Kyushu Grand Sumo Tournament with a perfect 15-0 record.

Celebrating his 30th birthday a day after lifting the Emperor's Cup at Fukuoka Kokusai Center, the Mongolian-born grand champion said he wants to match his 2021 haul of four grand tournament titles next year. 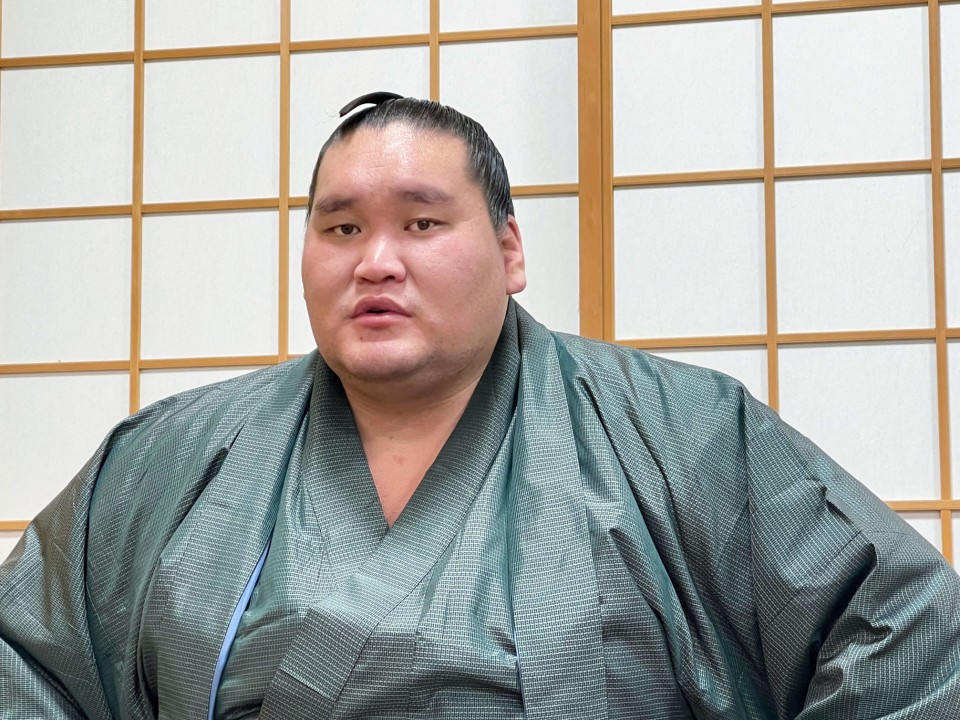 "My goal is to wrestle with unbeatable sumo. I will do my best to reach double-digit championships," Terunofuji said during an online press conference.

The powerfully built grappler from the Isegahama stable capped off an eventful year by winning with an unblemished record for the first time in his career.

Promoted to sumo's highest rank after the July tournament, he became the sport's sole yokozuna following the retirement of all-time great Hakuho in late September.

Terunofuji also became a naturalized Japanese citizen during the year, paving the way for him to graduate to being a sumo stablemaster after retirement from active competition.

With his victory in Fukuoka, he became the fifth wrestler to win consecutive titles as a new yokozuna, and the first since Taiho in 1962.

The highlight bout came on the penultimate day of the 15-day meet, when he won a thrilling battle against his closest title challenger, No. 15 maegashira Abi, to clinch the championship.

Having clawed his way back to the top division after serious injuries and illnesses threatened to force his retirement, Terunofuji has taken on an air of invincibility in the triumphant second act of his sumo career.

"I may have gradually made a habit of winning. It felt like only victory was acceptable this time," he said.