Foreign researchers received recently by a Japanese government-affiliated institution are having to follow stricter COVID-19 quarantine rules than otherwise and have been "jailed" in their hotel rooms since their arrival in Japan, people with knowledge of the situation said Wednesday.

Over 50 researchers on a program by the Japan Foundation are not allowed to leave their rooms at all for up to 15 days following their arrival in Japan and security guards are on watch to catch rule-breakers, those people said.

The scholars arrived in Japan on Oct. 28 and are staying at a hotel near Narita airport near Tokyo for quarantine. 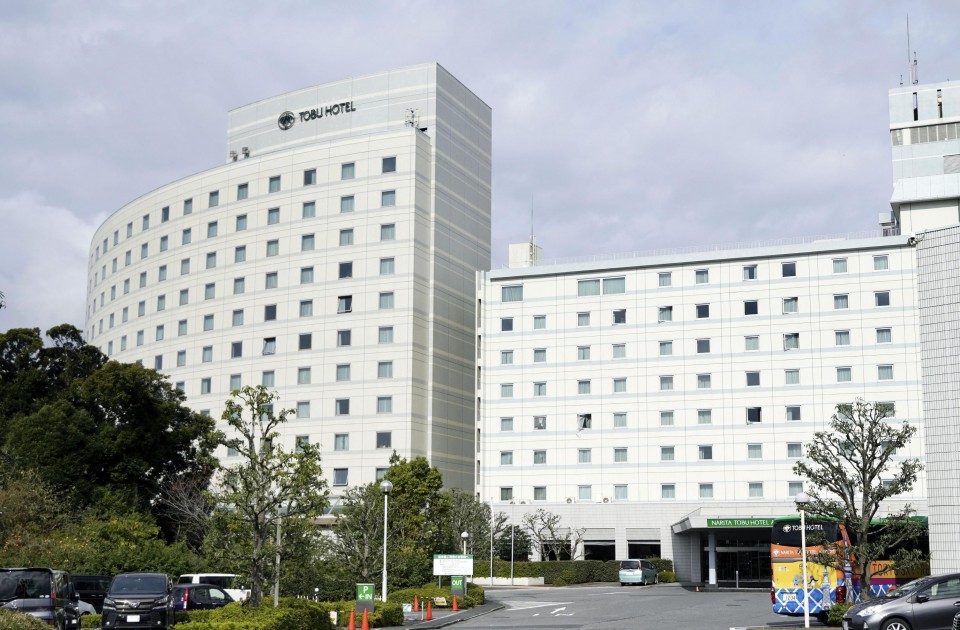 Photo taken on Nov. 2, 2021, shows a hotel in Narita, Chiba Prefecture, where foreign researchers are staying after their recent arrival in Japan. (Kyodo)

Their entry was approved as an exception as Japan maintains travel restrictions due to the pandemic. But their treatment prompted a backlash from some participating researchers who compared it to being kept in a "luxury jail" or described it as a case of "xenophobia."

In response to the spread of the novel coronavirus, Japan has imposed strict travel restrictions just as other nations did. But the United States and European countries have eased them to accept foreign researchers amid an improvement in the COVID-19 situation.

The Japan Foundation, affiliated with the Japanese Foreign Ministry, carries out cultural exchange programs globally and invited the scholars in Japanese studies from abroad.

An official with the foundation acknowledged that it was "a precondition" set by relevant Japanese authorities and had to be followed so the program could resume.

Japan has set a 14-day quarantine period for those entering Japan, regardless of nationality, and they are asked to refrain from nonurgent outings.

The scholars were required to sign a written oath, under which no outings are allowed, including going for a walk or grocery shopping, and they will stay only in an assigned room. It does not ask whether they have been vaccinated or not.

Fully vaccinated people can end quarantine if they test negative in a voluntary test on the 10th day in Japan, excluding the day of arrival, under the government rules.

But one of the sources said the foundation has effectively urged the scholars to stay at the hotel until the 15-day period ends, with no such test on the 10th day, saying that if they tested positive they would have to shoulder the necessary expenses thereafter.

Asked why the researchers needed to follow stricter rules, an official with the government headquarters on COVID-19 response said, "We do not know about individual cases."

"I want to leave the room for a walk or buying foods at least once a day," one of the scholars said.

Another researcher said it is one of the worst cases of "racism," adding, "Japan is dishonoring itself in its contemporary history."

Japan to ease quarantine rule to 3 days for business travelers