Japan's Akihiko Hoshide and three other astronauts safely returned to Earth on Monday night aboard a SpaceX capsule after spending about 200 days in space.

The Crew Dragon capsule developed by U.S. Space Exploration Technologies Corp., or SpaceX, splashed down off the coast of Florida, completing the third manned round-trip voyage of its kind to the International Space Station.

The Crew Dragon, including the Falcon 9 rocket and associated ground systems, was certified last year by NASA for regular flights with astronauts, becoming the first commercial system in history to achieve such a designation. 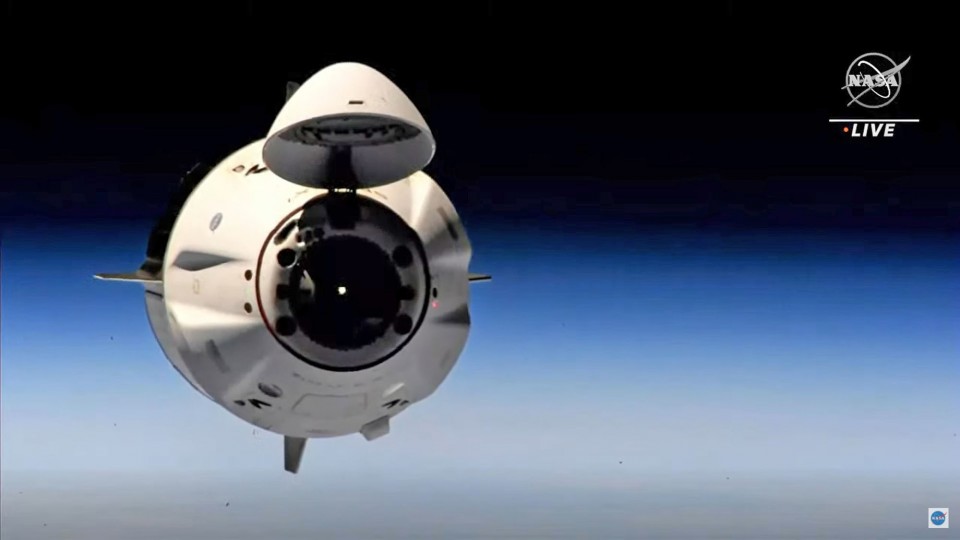 The other members who traveled with Hoshide as part of the SpaceX Crew-2 mission were Shane Kimbrough and Megan McArthur of NASA and Thomas Pesquet of the European Space Agency. 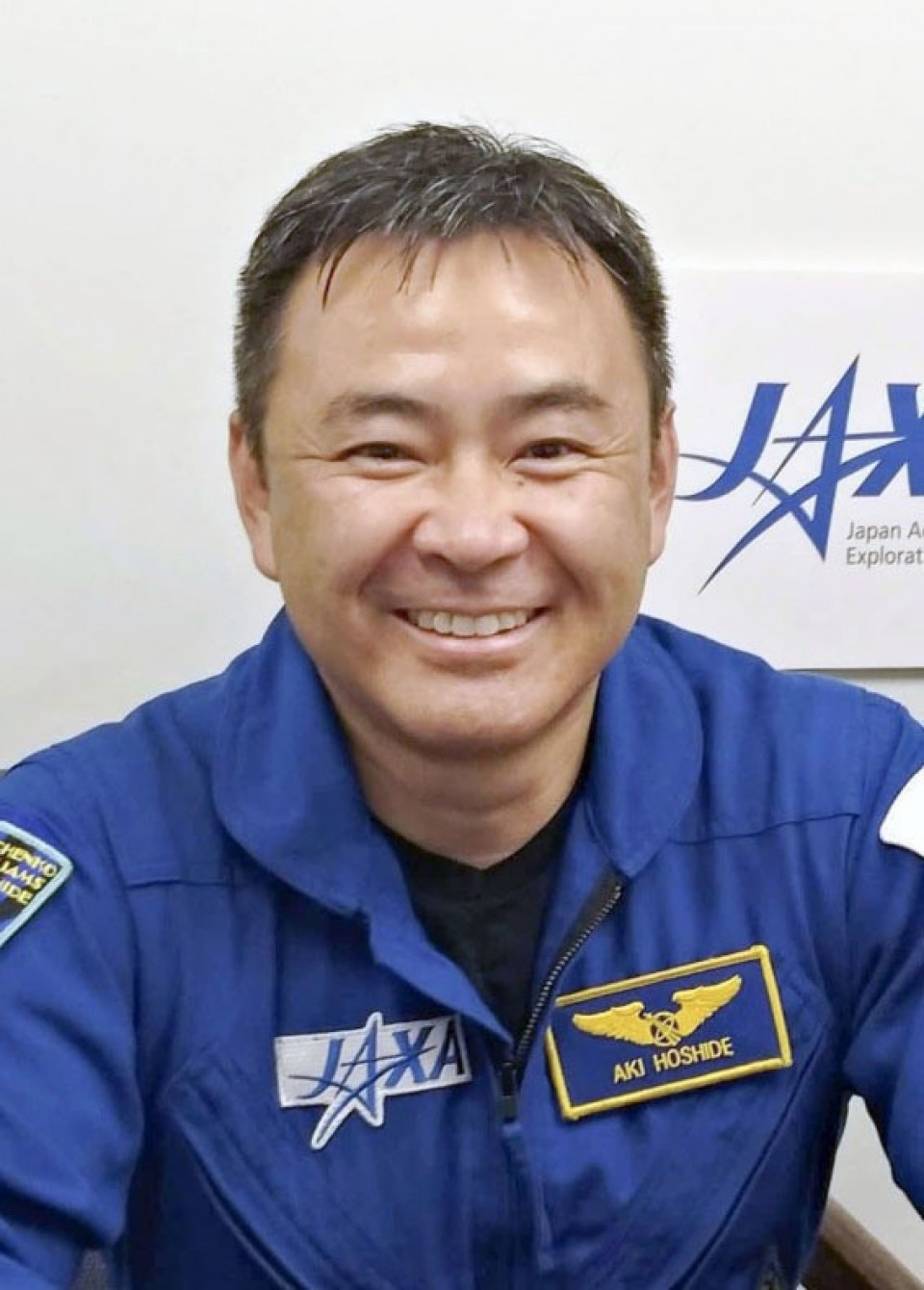 Hoshide served as a commander of the ISS during the mission and conducted experiments with other crew members aboard the orbiting laboratory, including research on how cells sense gravity.

He also engaged in activities outside the station, raising his career spacewalking time to 28 hours and 17 minutes, a total higher than any of his Japanese peers.

SpaceX, founded by Tesla Inc. CEO and billionaire Elon Musk, developed the Crew Dragon as the successor to the U.S. National Aeronautics and Space Administration's Space Shuttle transportation system that was in service for 30 years through 2011.

In September, the company again made history by launching four private citizens aboard Crew Dragon for a three-day tour, in what became the first full crew of nonprofessional astronauts to circle the Earth from space.

Japanese astronaut Koichi Wakata, 58, is also expected to travel aboard a SpaceX ship to be launched in the fall of 2022 or later, according to the Japan Aerospace Exploration Agency. 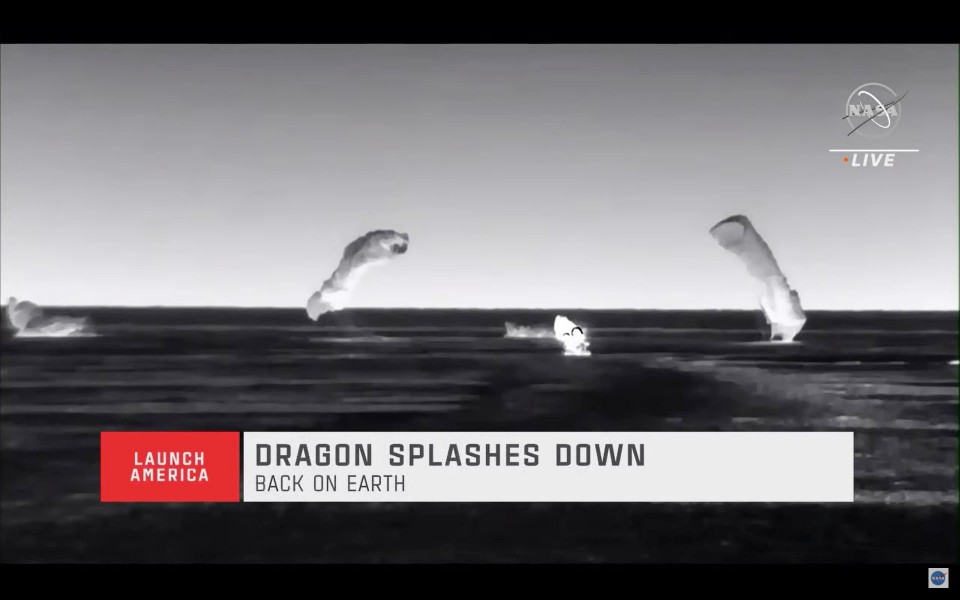 Photo taken from NASA TV shows the SpaceX Crew Dragon capsule splashing down off the coast of Florida on Nov. 8, 2021. (Kyodo) 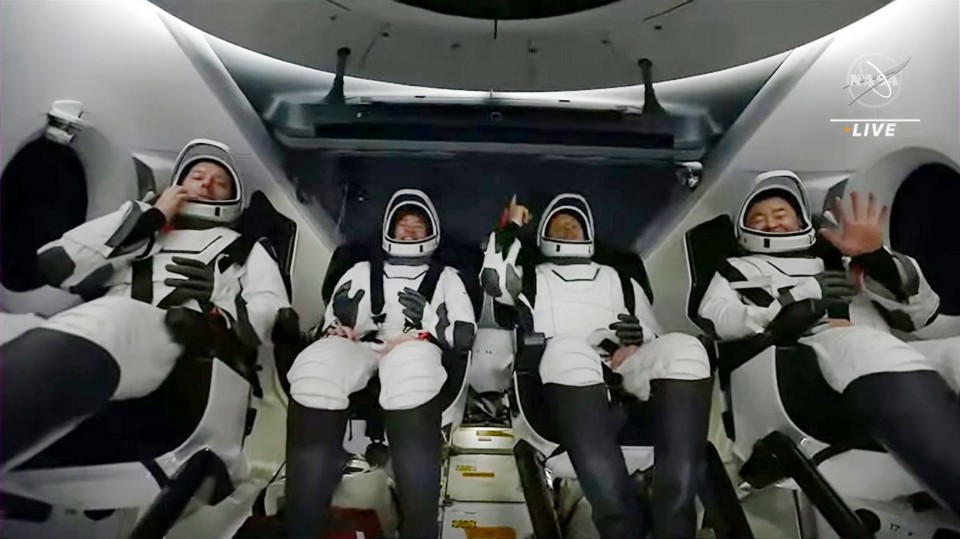 Photo taken from NASA TV shows Akihiko Hoshide (far R) and three other astronauts aboard the
SpaceX Crew Dragon capsule that splashed down off the coast of Florida on Nov. 8, 2021. (Kyodo) 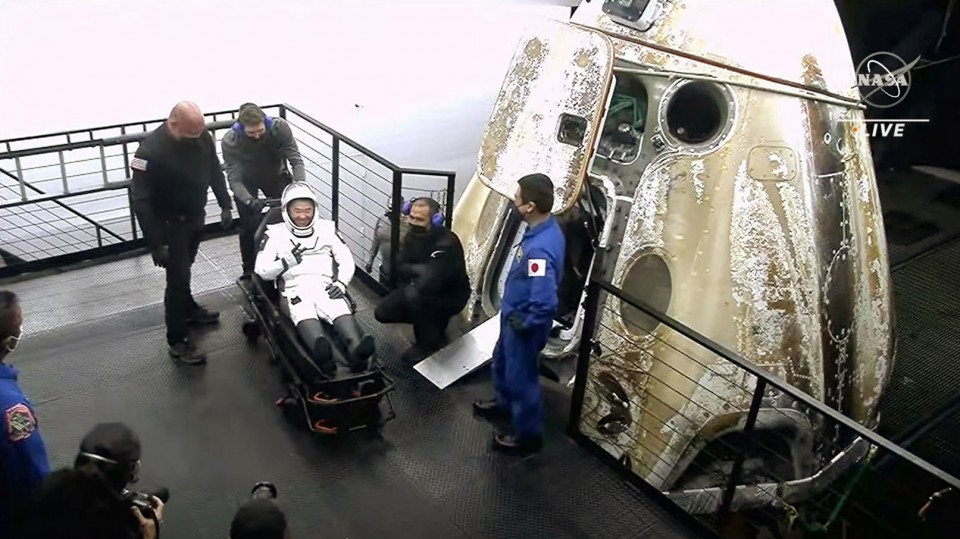 Photo taken from NASA TV shows Akihiko Hoshide (C) after being taken out of the SpaceX Crew Dragon capsule that splashed down off the coast of Florida on Nov. 8, 2021. (Kyodo)