The envisaged three-way split-up of Toshiba Corp. is expected to give more clarity to the business outlook and could spur realignment of its domestic peers as a logical step to respond to shareholders' pressure for a more-focused corporate structure.

The symbolic move, announced Friday, ends one chapter for household name Toshiba, marking a departure from its traditional broad portfolio of industrial and consumer businesses, a practice that has come under intense scrutiny by its shareholders.

Toshiba will break up into three companies -- two spinoffs that will each focus on infrastructure and devices and the third that will own a stake in flash-memory chip company Kioxia Holdings Corp. The two spinoff firms will go public by the latter half of fiscal 2023. 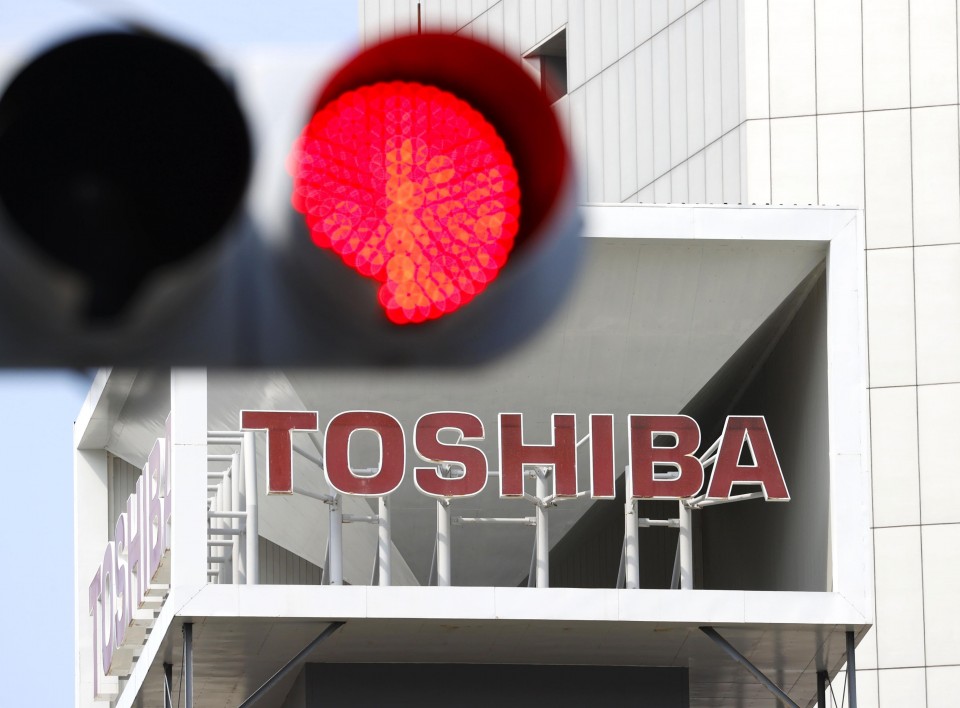 Spinoffs by conglomerates are more common overseas. General Electric Co., a U.S. industrial conglomerate, said Tuesday it will split into three companies, medical devices, power systems and aircraft engines. The method will enable each entity to make its own business decisions such as fundraising in a timely manner.

Market analysts and experts in business strategy see Toshiba's split-up as a welcome and legitimate move that will change the industrial landscape. But it should also be weighed against the issue of national security, they said, as Toshiba deals with the decommissioning of the Fukushima Dai-ichi nuclear power plant crippled after the 2011 earthquake and tsunami and has strength in quantum technology that can be used for military applications.

"Since many Japanese corporates are conglomerated, a successful split-up by Toshiba may prompt other firms to follow and lead to a reorganization of the market," said Makoto Sengoku, senior equity market analyst at the Tokai Tokyo Research Institute. 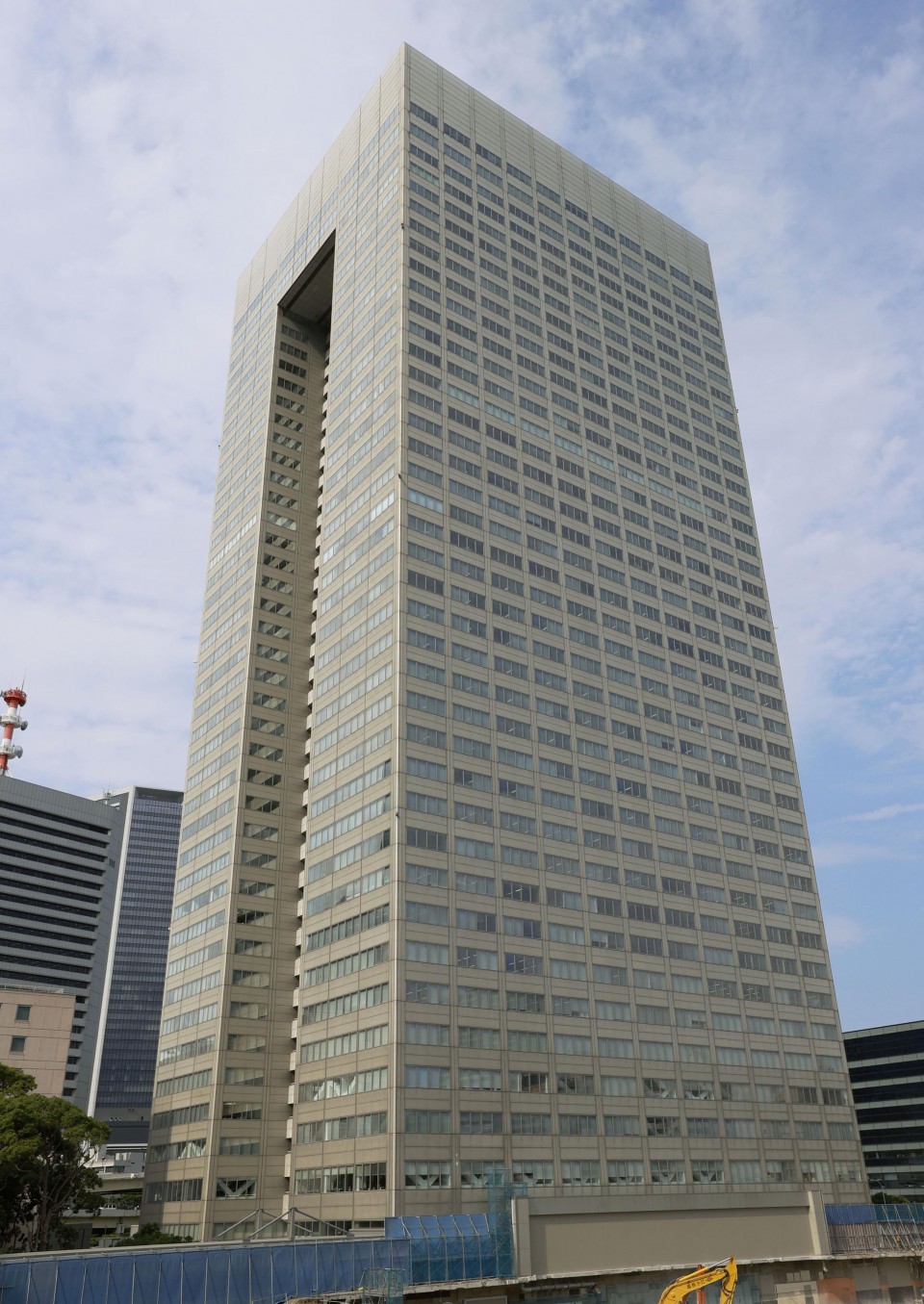 If more companies are divided into smaller entities, it may also vitalize industries through an increase in corporate buyouts and mergers, he said.

Toshiba has faced pressure from foreign activist shareholders who invested in the company following the 2017 bankruptcy of its U.S. nuclear plant subsidiary Westinghouse Electric Co.

The conglomerate, with a history dating back to 1875, has been rocked by an independent investigation panel's findings that Toshiba colluded with the Ministry of Economy, Trade and Industry to prevent foreign activist shareholders from gaining influence over the board by sending in directors. Former board chairman Osamu Nagayama was subsequently voted out in a general shareholders' meeting.

The latest split-up plan is seen as Toshiba acquiescing to such activist shareholders who are not satisfied with the company's business strategy, which seems to focus more on stability than on chasing growth.

"Uncertainty has loomed over Toshiba's businesses and it was hard to get a big picture of Toshiba in the eyes of investors," said Yoshihito Takahashi, a professor of business strategy at Senshu University.

"In a way, Toshiba has mirrored General Electric, which had diversified businesses that made it a behemoth," Takahashi said, adding that a conglomerate structure has its own advantages such as creating stability and sharing resources within the group. "The point is that a gigantic company cannot exist without proper governance," he said.

A buyout plan earlier this year by British private equity firm CVC Capital Partners did materialize. After the ouster of the board chairman in June, Toshiba explored "all possible options" to maximize corporate value, including going private.

Toshiba outside director Paul Brough told a press conference on Friday that the separation plan is the best that would offer "flexibility" to shareholders. Existing shareholders will get shares in the three companies.

Sony Corp. has renamed itself Sony Group Corp. in its first name change in over six decades, functioning as headquarters to oversee group companies under its wing. With its increased focus on gaming and entertainment businesses rather than electronics, it is now on course to reach 1 trillion yen in operating profit for the first time in the current fiscal year to March 2022.

Panasonic Corp., a major electric vehicle battery supplier to Tesla Inc., is planning to become a holding company next April to better manage its segments, ranging from housing to automotive.

Spinning off businesses has become a "global trend," an economist at a Japanese think tank said. "It will make it easier for investors to make investment decisions and evaluate profitability more easily."

Still, challenges await Toshiba as uncertainty remains over whether the separation plan will satisfy existing shareholders. An extraordinary shareholders' meeting will be held before the end of March to explain the plan.

"Toshiba has not made enough efforts so far to convince its shareholders," Senshu University's Takahashi said. "With the spin-off, each will be under more market scrutiny."

Toshiba shares ended Friday 1.31 percent lower at 4,872 yen, ahead of the release of the plan.

Toshiba CEO Satoshi Tsunakawa is confident of the decision.

"The separation is reasonable for us to expand our shareholder value and a step toward evolving into the future," Tsunakawa told reporters.